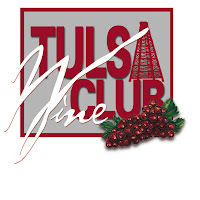 In planning a trip to Italy this summer, and my husband threatening limited Internet access to wean me off of Facebook, I was also concerned that readers may be getting used to seeing 3 blog posts a week on this site and will grow bored and lonesome without it.
So I’ve entrusted my blogger brother Dr Mike with my password and he will post for me. But, as Dr Mike is a wine 101er limited to the intensive study of Shiraz only, I decided to open up guest posting to readers as well. In short, I need 300 words or more, on a wine 101 subject of your choice and a photo. Please send to me at ebushman@earthlink.net before 6-15-09.
This one today is my favorite topic: Your Wine Story
I came to America for several reasons, but primarily to work for a publishing company called Blackwell Science. After I moved there I met my future ex-wife who was from Tulsa, hence me living here now and for the foreseeable future because of my son. He is four. I could move to Tulsa with my job and so I did. Unfortunately there was a regime change at Blackwell and they laid off the sales and marketing force in 2001. And so now I work for a steel company. So not my thing but it pays the bills.

My wine epiphany came in 1994. I came from a very poor background and wine or good food was never in the picture. Perhaps my grandmother would open a cheap sweet German Liebframilch. Blech! That was all we knew. One day I just woke up thinking I needed to educate myself about wine. I had my first job, a bit of money, I was looking for a house, had purchased my first new car, and so on…..I had educated myself on music, literature, some fine arts, and this seemed like the next step.

I was also learning about food. I didn’t eat in a restaurant until I was 17! So at 23 it was time. So I bought a few books and started that way. My first wine was a Villa Maria Sauvignon Blanc. SB seemed like a good place to start so I basically just bought a couple of bottles a week and would sit and study them. Good wines, reasonably priced. I did a few NZs and then moved onto France, and so on………

When I moved to the U.S. I actually stopped drinking wine for five years. In the UK there are lots of good guides in book form, and the papers and reviewers point you in the right direction. And then the good stores would have regular tastings so it was easy to keep abreast. The US was totally different.

Most wines in the Spec (Wine Spectator) etc weren’t available and where I lived, outside Boston itself in the end, lacked a good store. Lastly, no one I worked with really liked wine and I couldn’t find a local tasting group (Internet was still fairly young) so it just became something I gradually slipped out of….my evenings were consumed with Red Sox games, and good beer, etc!

My return to wine, and my current passion, began at a food show which featured a Riedel seminar. I was skeptical but my ex dragged me along. I was like Paul on the road to Damascus. I realized glassware made all the difference! And a light went off.

We were trying a wine and the presenter asked if anyone could hazard a guess. I jokingly told my ex that it tasted like a Peter Lehmann Barossa Shiraz that I used to enjoy in England. I was too chicken to say anything but she boldly said “I think it’s a Barossa Shiraz”. And of course it was. The Lehmann!
We purchased a set of Riedels and then I figured, well, we have the stems, now what? So I tentatively started buying and drinking wine again. I ran into the same issue, buying poor and unsatisfying wine, so I decided to start my tasting group. And six years on still going strong……