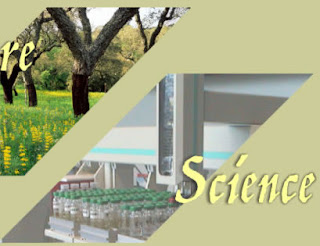 Hello Eve,
I friend forwarded me a link to your recent blog entry “Rusty’s Wine 102: Wine Bottle Closures”. You have a very impressive site, but I think you should consider updating some of the information on natural cork. Perhaps you might consider including an entry that describes the ongoing progress being made to eliminate taint in traditional wine corks.
I represent the Cork Quality Council (CQC). It is a group of U.S. cork suppliers that have formed an association to improve cork quality. One of our achievements has been the development of a screening protocol that utilizes sensitive chemical analysis for TCA. Our method allow sus to detect TCA in cork samples at concentrations as low as 1 part per trillion. Our protocol has been adopted as a model for OIV guidelines in Europe, and is used by cork suppliers in Australia and South Africa.
We have conducted extensive screening of all our natural corks since2002. Since our association instituted this screening system – member cork companies have demonstrated an average 80% reduction in TCA levels.
Media reports of the incidence of cork taint range from less than 1%to 10%. The estimates rarely include attribution and the higher estimates often emanate from advocates of alternative closures. In your article you used an estimate of between 5-10% without reference.That is why I am writing you today.
The cork industry is keenly aware of the problem of TCA and we dedicate enormous energy to eliminate its occurrence. And though we are unhappy to report that the problem continues to exist, I feel compelled to inform you that your estimate for the incidence of cork taint is extremely high. It does not correlate to any scientific study that I have ever seen.
As a group, the CQC continues to see reductions in the occurrence ofTCA in our members’ corks. We are surprised and frustrated to see that unnamed “industry sources” continue to report unsubstantiated estimates.
buy sinequan online https://salempregnancy.org/wp-content/languages/new/buynoprescription/sinequan-no-prescription.html no prescription

There have been a few documented studies that indicate therate of cork taint between 1- 2%. Our member companies, who have access to the CQC screening protocol, report lower levels than that.We estimate that the rate of cork taint from CQC members is below 1%.
Three studies are summarized:
– In June, Dr. Christian Butzke of Purdue University, reviewed the results of over 3,200 wines submitted to the 2008 Indy International Wine Competition. He detected cork taint in 1% of the bottles finished with natural cork and claimed that TCA is no longer a major problem in the U.S. Wine Industry.
– The UK Wine and Spirit Association’s investigation into the incidence of musty taints in wines sold in the UK estimated the incidence of mustiness at between 0.7 and 1.2 per cent. The analysis was conducted by the authoritative independent research institute Campden and Chorleywood Food Research Association, in association with leading UK wine retailers. Over 13,700 samples were tested.
– In a trial by Southcorp in Australia involving 150,000 corks over nine years, the overall incidence of different types of cork taint was 1.84 per cent. Of this, 1.5 per cent was due to TCA.
These examples are large studies conducted by professional tasters.Two years ago our group conducted a study to determine the incidence of wines rejected by consumers. We collected and analyzed wines returned by patrons at the Culinary Institute of America in St. Helena CA. Over a four month period the staff estimated that they served 4,764 bottles of wine. Most of the rejected wines presented a combination of flaws including – TCA, Brettanomyces and Oxidation or Reduction. Considering the estimated occurrence of wine flaws reported in the media, we were amazed to see that the actual rejection rate was 0.21% and that returned wines were six times more likely to be imported than from domestic suppliers.
I enjoyed your blog, and as a member of the cork industry, I assure you that we continue to strive to eliminate “cork taint”. We are not there yet, but we are lot closer than some of these inflated estimates portray. Thank you for your consideration, and if you would like to receive any additional information, please let me know.
There were a few other areas where I thought you might clarify some of the statements made about natural cork:
(1) The cork forest is not “dwindling” – they are expanding. There is plenty of cork.
(2) Corks are not the same quality as in the past – I agree except the difference is they are now better. The cork industry has seen a thorough overhaul in the past ten years. The industry uses new production methods, has modern material handling and utilizes extensive quality control methods that had not been available in the past.
(3) TCA is not “a chemical used to sanitize natural cork prior to bottling”. TCA is not unique to corks nor is its origin related to any type of cork sanitation practices. TCA is a common chloroanisoles and is produced when fungi metabolize chlorophenols. Chlorophenols are ubiquitous and are common ingredients in wood preservatives,pesticides and even flame retardants. Chlorophenols can be generated as easily as spilling bleach onto a sheet of plywood. While TCA is associated with cork taint, it is found throughout your grocery store,in raisins, carrots, bananas, cardboard boxes and myriad other products (that we don’t swirl in a glass). Members of the cork industry feel that most TCA in cork originates in the forest itself.Though chlorine was once used in the cork washing process, the industry ceased that practice more than a decade ago. Even then, the corks were immediately dried after washing to a moisture level that did not permit fungal growth.
Cordially,
Peter Weber
Director, Cork Quality Council
www.corkqc.com

A few weeks ago I received an email from Naushad Huda, the “Voice of Modern Wine … END_OF_DOCUMENT_TOKEN_TO_BE_REPLACED