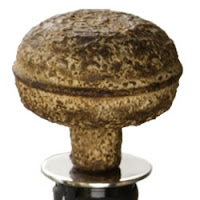 My original article was based more on discussing various types of closures and the effects that they have on the wines that we enjoy. Like Eve, I was unaware that a Cork Quality Council (CQC) existed. It is great to know that there is such an organization that is working toward providing better corks for the wine industry. As I stated in the conclusion of my original article, I am still a fan of cork as I feel that cork allows changes that can influence wines that are cellared. In my original article, I was not trying to get into all of the details on how a wine can be affected by 2,4,6-Trichloroanisole (TCA).

Peter Weber, Director of the Cork Quality Council, wrote about their efforts and work to develop screening protocols for TCA in corks. This is great. Based on his email, the boundary condition of their studies and efforts seems to be placed around TCA as it occurs naturally in cork. TCA is often referred to as cork taint; this wrongly suggests the cork is the sole cause of TCA. However, TCA can be found in bottled water, wine bottled with screw caps, beer, spirits, soft drinks, packaged food products and even raisins. TCA in wine may be due to:

The Wine Institute which has been in existence for 75 years and represents thousands of wineries and affiliated wine businesses wrote some key items in a fact sheet on TCA in September 2003. The following four items are quoted from the fact sheet:

Looking at the second bullet, corks are not the only source of TCA that taints wines. Developing statistics when there are other variables or sources that can cause a wine to become corked makes it difficult to develop a statistical overview on TCA from cork verses other sources. Even Peter Weber wrote in his email that, “TCA is a common chloroanisoles and is produced when fungi metabolize chlorophenols. Chlorophenols are ubiquitous and are common ingredients in wood preservatives, pesticides and even flame retardants. Chlorophenols can be generated as easily as spilling bleach onto a sheet of plywood. While TCA is associated with cork taint, it is found throughout your grocery store, in raisins, carrots, bananas, cardboard boxes and myriad other products (that we don’t swirl in a glass).”

In the July 01, 2000 Wine Business Monthly, Jeremy Hay wrote, “A recent cork panel seminar at the London International Wine Trade Fair suggested the figure could be closer to eight percent, though any statistic is a guess. Of course, the main problem is that a problem such as cork taint exists at all, or is a generally accepted error ratio in processing wine. Other food producers would not accept such an error.”

When I spoke about the boundary conditions used in the CQC study, my impression is that most of the emphasis was looking only at the cork. The screening process and protocols being developed by the CQC will definitely assist the cork and wine industries. If the study were based on TCA in corks only with the understanding that it is not the only source, the numbers would be more acceptable based on all of the efforts of the CQC and cork industry.

Let’s look at the corks properties and see if there are other sources that can taint wines with TCA. Chlorophenols have many sources other than the cork. Since corks are somewhat permeable and not hermetic or air tight seal, are there external sources other than the cork itself that can taint a bottle of wine? Those of us that have cellars know that we must be careful choosing materials used in the construction of our wine cellars as well as items that we store within the cellar as off gassing of materials can permeate the cork and affect the wine’s flavor . The fact that corks in wines can breathe is a concern when subjected to various environments where volatile substances exist. There are also effects from various items used in the wine making process that can cause wines to be tainted with TCA.

Wikipedia states that, ” The primary chemical precursor to TCA is TCP (2,4,6-Trichlorophenol), an anti-microbial agent used in processing wood. Molds (and some suspect bacteria such as Streptomyces) are able to de-toxify TCP by methylating the -OH to -OCH3, which is not toxic. Chlorinated phenols can form chemically when hypochlorous acid (HOCl-, one of the active forms of chlorine) or chlorine radicals come in contact with wood (untreated, such as barrels or pallets.) The use of chlorine or other halogen-based sanitizing agents is being phased out of the wine industry in favor of peroxide or peracetic acid preparations. It should be noted that Chlorine dioxide has not been shown to produce these spontaneous chlorophenols. Wine Spectator has reported that such California wineries as Pillar Rock Vineyard, Beaulieu Vineyard, E & J Gallo Winery and Chateau Montelena have had trouble with Systemic TCA.”

The other topic is why are replacements being developed for cork? I wrote that there was a shortage of cork. After researching this further, there appears to be more influence from the economics than from the shortages that I have read about over the years. What has happened is that due to economic conditions, wineries can save a fair amount of money by finding alternative caps for their wines. Like I stated in my previous article, the new styles of closures are fine for wines that are going to be consumed immediately or within a year or two. Effects on wines that are stored and their effect on the wines development over several years is still unknown.

My comments on sanitizing corks using chlorine bleach was in fact a process used in the industry. I am not sure if all wineries have gone away from this, and switched to a peroxide bath or no chemical bath at all instead of chlorine bleaching. I am also not sure if the CQC mandates regulations or if it is just a “Best Practice”. However, even if it were a best practice, the recommendation which is based on active research and studies which in turn would save a winery money by lowering losses due to TCA. It would be unwise to continue with a process that is known to create TCA.

I would like to thank Peter Weber for providing insight from his organization. I learned even more from his inputs and further research on the changes and updates in the cork industry. The metrics on the percentage of wines that are corked or wines tainted with TCA appears to unresolved. This is probably based on the boundary conditions of the statistical analysis. TCA in the final bottle of wine has many variables (corks, winery processes, transport, storage, etc) thus providing many different views on TCA. Most articles that I have read and people in the industry that pour wine say that it is between 5 and 10 %. Andy Perdue, Wine Press Northwest stated, ” The cork industry claims 1 or 2 percent; others say 30 or 40 percent. My experience has been 7 to 10 percent. Regardless, it’s too much tainted wine.” Since there are other sources than just the cork itself being capable of causing wines to be corked, I feel that the picture is much larger than just looking at the cork as a source. I would like to see data that shows corked wines from all sources and not just corks. That is the metric that affects us the consumer.

In conclusion, I praise the work and effort of organizations like CQC. Being a purist and loving wines that have aged, I would hate to see an end to the cork closures for wines. Even Peter Goddon at the First International Screw cap Symposium stated, “”Closure variation may have a greater impact on wines and wine quality than the widely discussed and debated terroir issues. After about a month in the bottle, wines under different types of closures will never be the same.” The battle of removing TCA from the wines that we love will involve many studies and changes. I am not sure if we will ever totally eliminate it as even bottles that have screw caps can have TCA as a result of the process and environment that it was exposed to.