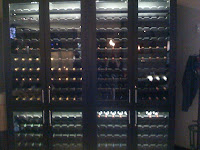 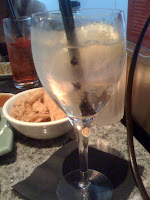 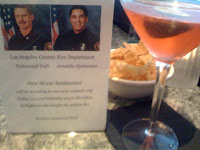 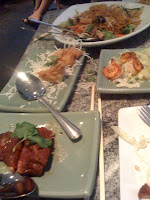 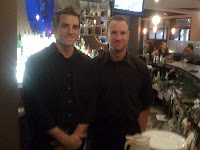 Last week when our local fires claimed the lives of two LA County Firefighters, Capt. Tedmund “Ted” Hall, 47 and Firefighter Specialist, Arnaldo “Arnie” Quinones, 34 several people, local and distant, felt incredible remorse for both their brothers and sisters still fighting this blaze and their real families at home fighting their inconsolable loss.
People searched for ways to express their pain…and as we do…a way to show our support. The first fundraiser I heard about, by way of Facebook of course, came from Frankie Cerna, assistant manager of New Moon Valencia. Last weekend, on both Friday and Saturday nights, all night, $1 of every cocktail ordered was to be donated to LA County’s Memorial Fund. http://lacountyfire.org/
Some of you that read this blog, or know me personally, know that my husband is a LA City Fire Chief. He knew of the fundraiser and told me to go…as he was in the middle of working a “72” (3 days straight) and couldn’t attend with us. He wasn’t called in for the Station Fire. This time his department isn’t on the front lines. No matter, it’s all the same family.
So I went to New Moon Valencia. I asked for Frankie when I arrived. He sat my daughter and I down in an area off the bar. We recognized some friends, and Frankie told me that many others had come in since the Facebook announcement.
My daughter thought that it was the most beautiful restaurant she had ever been in. The attentive staff, and the real octopus in the tank behind the bar, were additional gifts.
I was more than happy to find two bar items on their menu that I had NEVER found in Santa Clarita: My Domaine de Canton Ginger Liqueur and only-read-about-but-hadn’t-found St. Germain Liqueur made from the Elderflower. The Ginger and the Elderflower liqueurs are nothing like the bold and sugary flavors you may be used to in a liqueur. These are both subtle; think roots and flowers not fruit jellies or jams.
The bartenders, giving Tom Cruise from the film Cocktail steep competition, deftly blended the Canton into a Martini with Hangar One Mandarin and a splash of cranberry. The St. Germain was lightly sprinkled into champagne over ice. I had a tough time choosing which was my favorite. (Any my husband was getting jealous via text messages.)
From the appetizer menu, many items that were on the main menu scaled down, I ordered and thoroughly enjoyed Wally’s grilled shrimp with scallions and garlic, Shrimp Rangoon (wontons filled with shrimp, cream cheese and scallions) and Barbecue Pork Spareribs. My daughter had a vegetarian Chow Mein that I thought she’d scoff at as it didn’t look like her usual “mall variety” and ended up a treat for the entire weekend. She paired it well with a Shirley Temple overflowing with Maraschino cherries.
When we decided we couldn’t eat or drink another thing, we reluctantly let them wrap up our goodies. Our own local Chinese restaurant fell victim to the recession a few weeks ago. We’ve decided that New Moon Valencia, a restaurant that supported firefighters, charity and my liquor habit, was a new home for this family.
New Moon Valencia is located at 28281 Newhall Ranch Road, Valencia, CA, 91355 Phone: 661-257-4321