I’ve been going to wine-ish classes for over 30 20 years.  I’ve written about Wine & Junk food pairings.  I’ve assisted in single malt Scotch tastings.  I’ve held tastings in my home.  And this coming Tuesday night I’ll be working for charity at a wine bar.  Why would I subject myself to more education?

For you, dear reader, it’s all about you.  hehehehehe.

Well, to be honest, I do tend to let a lot of information, like fine wine, kind of wash over me and then I filter out what I’ve already “tasted”.

So when one of my favorite local sommeliers, DiMaggio Washington, told me he was teaching a two-part, two-Saturday, 6 hour total class time for only $10 an hour, I signed up.

The class was held in one of the many rooms in All Corked Up in Canyon Country.  Glasses, water, crackers, syllibus, power point presentation and 8 different wine varietals were set up for the participants.

I was anxious to start drinking, but our experienced instructor knew that waiting until the class was half over would help us to absorb all of the information…and not absorb all of the wine.  (Not to mention the loud chatter he would have to talk over had we had MY WAY.)

I filtered out listened to (Yes, you guessed it, I just learned how to use that strike through thing, do you hate it?)  DiMaggio’s explanation of:

The class notes on the wines we tasted (each less than $18 and available to class participants that day at a 20% reduction) are below: 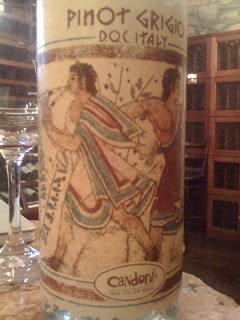 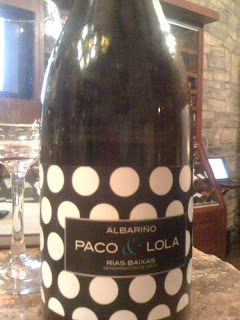 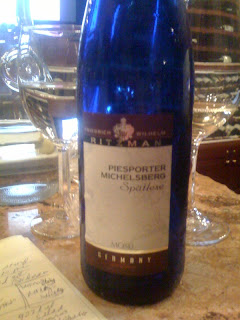 
J.L. Wolf Wachenheimer Riesling 2006 Pfalz: Another sugar bomb that DiMaggio wanted to pair with Tiramisu or Creme Brulee. 83 Eve pts, class rated higher, more like 89.  The empty blue bottle taken home by Susie Q to decorate and a half dozen went home with another classmate for his wife, sick at home and missing her class/birthday present. 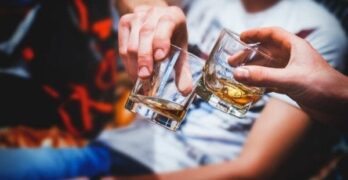