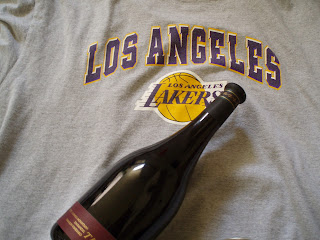 For far longer than I’ve been a wine drinker, I’ve been a fan of supernatural fiction, both in the written word and on the screen. Recently, I heard of a possible upcoming television series that will combine my fondness for wine and the supernatural.

“NBC has added supernatural soap Vines to its roster of drama projects in development for next season, with The Ring director Hideo Nakata possibly executive producing and possibly direct. The project, from writer Mark Kruger (The 4400) and film producers Michael Aguilar (The Departed) and Taka Ichise (The Ring and The Grudge movies), was originally developed as a feature, which serves as inspiration for the potential series. It centers on a troubled family desperate for a fresh start that takes over a Napa Valley winery whose ancient vines possess dangerous mystical powers. UMS is producing with Aguilar’s Dos Tontos banner and Ichise’s OZLA Pictures; Aguilar, Kruger and Ichise executive producing the project. Nakata directed the original Japanese movies Ring and Ring 2 as well as the Hollywood sequel The Ring Two and another Japanese movie that got a Hollywood remake, Dark Water. Kruger is with WME and Madhouse.”

Sounds kind of interesting to me, although I don’t know how many “ancient vines” are in Napa. Maybe they should have set it in Amador around those old zinfandel vines, although I expect Napa would have more appeal to those who aren’t sticklers about the definition of “ancient”.

Given the credentials of those involved, I would think this might be something worthwhile to watch.

The comments on this website were pretty interesting. There seemed to be a lot of pros and cons to the description of the show. Several of the comments referred to The Vineart War books by Laura Anne Gilman, an author with whom I am not familiar, but the premise sounded interesting enough, per Publishers Weekly: “…a unique, pleasingly consistent magic system based on the production and consumption of wine…” Sounds good to me!

If anyone has heard anything about the show Vines, the works of Laura Anne Gilman, or any other fiction relating to wine [supernatural or otherwise], I’d love to hear about it.