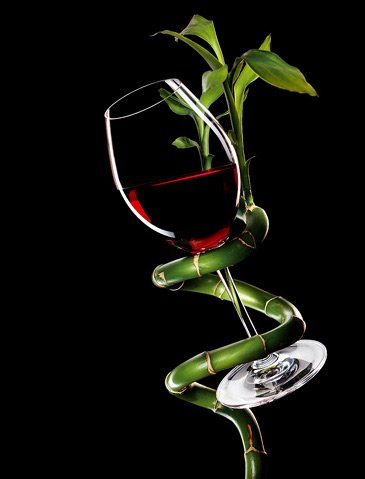 Eddie’s favorite fun restaurant that we don’t enjoy yet in Santa Clarita is, hands down, Benihana.  It’s the only place that I’ve seen my trim hubby eat more than his own share.  He always wants to go in groups of six or more so his leftover intake in amply multiplied.  Imagine his delight when we went last weekend for his birthday with Samantha too.  He remembered the last time we did it, when she was two, and he ate hers along with everyone else’s leftovers.  Shrimp appetizer, sizzling sliced onions, zucchini and cubed random meat.  Always ordered and served to perfection.  Never a mistake.

Now that she’s four I thought he’d be disappointed that she would be more aware of the tuggings at her tummy and the diced shrimp tails flying through the air.  Samantha pointed when they flew up into the chef’s hat, giggled when he caught it in his breast pocket and practically guffawed when he served her first.  Eddie beamed with fatherly pride when she not only managed her rubber-banded chopsticks but also finished every scrap on her plate.

When the hostess took the complementary photo I realized it was the first Samantha had been in at Benihana’s.  The last time we took separate cars and I drove her home at bedtime, the time before that we got a sitter.  Eddie had waited a long time to share this event, thoroughly, with Samantha.  Still I thought Ed would be disappointed that he didn’t get to finish her meal.  Oh contraire, he was thrilled that they finally had something to gang up on me against.  A favorite restaurant and a birthday family tradition continue into the next generation!

Then my brother-in-law Jake, from the know-it-all side of my family, was coming over to go out to dinner for Ed’s birthday, again, the next night.  We dreaded having a restaurant excursion with said in law because he always had so much too complain about.  And it was always the service.  No way we would share our Benihana’s with him.

We settled on a generic chain restaurant to keep the cost low and customer recognition nil.  The first mistake the waiter made was his last.
buy hard on oral jelly online https://www.adentalcare.com/wp-content/themes/medicare/languages/en/hard-on-oral-jelly.html no prescription

He thought it “cute” to memorize our order.  When we questioned his technique he repeated our orders back to us, once, twice and then a third time for good measure.  (Or just to make sure that he had it cryogenically frozen into his—and our—memory membranes.)  Jake wanted to take bets on how many mistakes there would be with our food and, for once, I knew he would be right.

When three things were wrong it threw our waiter completely off.   I had to search out the waitress station to get mustard so I could start my meal, my sister-in-law finally gave up on getting her side order at all and Jake, well, suffice to say he was grinning from ear to shining ear over his cold baked potato.

He asked to see the manager and I panicked.  I didn’t want the guy to loose his job or Eddie to have a ruined birthday but I knew that Jake would leave the manager completely totaled like an uninsured driver.  I also knew that Eddie would never forgive me if I didn’t try to salvage his meal.  You see Eddie hates complainers and takes everything in stride.  I’ve never seen him complain about much of anything, unless of course, I forget to do it for him.

So I interrupted Jake from his litany of terror.  I explained that it looked like the new thing was memorizing orders but it took too much mutual effort and wasn’t worth the show in the long run.  We had no doubt that the order would have been perfect had he written it down.  Eddie relaxed his jaw muscles and Jake was satisfied that he got his meal for free.  Ed let him buy the entire family’s dinner, just to see sweat cross his overworked temple.

It may have not been Benihana’s but as long as Eddie has a happy birthday, why hurt the hardworking, mindful, shrimp throwing help?
buy ivermectin online https://www.adentalcare.com/wp-content/themes/medicare/languages/en/ivermectin.html no prescription