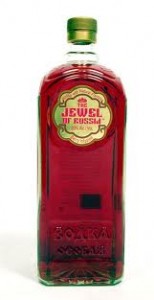 I think I need to finally admit something... About Zinfandel. Back when I … END_OF_DOCUMENT_TOKEN_TO_BE_REPLACED