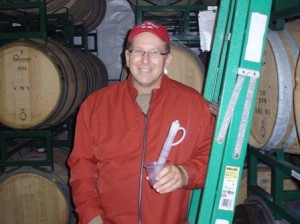 Our time in Napa was coming to a close, and I was jonesing for some Zinfandel. We had arrived in Napa on Wednesday and spent some time with Christina Turley tasting some Turley Zins and Petites. But now it was Friday, and we had gone an entire day without any Zinfandel.

Clearly, I jest. And there are some fine Zinfandels coming from Napa, such as from Robert Biale and Outpost, if I had really felt the need. But we had an appointment about an hour away in Santa Rosa at Carlisle. And it seemed quite fitting that we were ending our trip in Northern California before heading to the Paso Garagiste festival by visiting with the man who I consider to be the ultimate garagiste success story – Mike Officer.

After graduating college, Mike spent 20 years in software development. But, the wine bug had bitten him years earlier, and he started making Zinfandel at home. Eventually, he took this endeavor commercial, launching Carlisle Winery, using wife Kendall’s maiden name [one of many examples of Mike’s humility]. Their first vintage was 1998, and they have always focused on Zinfandel and red Rhone varietals. [I used to think that I bought from Carlisle from their first vintage, but I think now it was actually their second, as I distinctly remember Mondeuse being included, which was from the 1999 vintage.]

As I mentioned above, Mike’s focus has been on Zinfandel and Rhone varietals, and has actually been responsible for saving some of these old vineyards. Even though any given bottling is a couple hundred cases at most, growth happened quickly due to the demand for his wine as well as his ability to obtain grapes from a long list of the best Zin and Rhone vineyards around California. [For example, Carlisle is one of the only wineries I know of able to obtain grapes from the great James Berry Vineyard in Paso Robles.] Mike’s friend Jay Maddox joined the team in 2001 and in 2004 Mike quit his day-job and committed to Carlisle full-time.

The critics found Carlisle too, and demand soon far exceeded supply. A few years ago, Mike had to implement an allocation system. If you sign up on the Carlisle website, you should be able to get an allocation of wine in about eight [!] years. But, you might as well do it, as the eight years will go by anyway. In the meantime, Mike continues to support those retailers who supported him early on, and even though he sells out of his wines every year, you can occasionally find them on certain store shelves if you are paying attention.

As we were making the drive to the Copain Custom Crush facility in Santa Rosa where Mike makes his wines, I was reflecting how I’ve often considered Carlisle the closest example to a perfect winery I know. Outstanding Zinfandels, Syrahs, and other Rhones at reasonable prices with great customer service. I just wished they made some white wines, because, yeah, sometimes I do drink whites.

As usual, a lot of great wines, not a lot of notes. All I can say is, I am really looking forward to the first release next Spring of the 2010s! 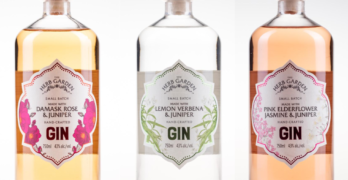