Luc Carl, New York City bar manager, DJ, and, what is most important to me: someone that drinks, diets and exercises, pretty much drew me into reading his book after this wild ride of an intro:

“The Drunk Diet is not a diet plan that involves getting drunk and then going to the gym to do some cross training…The point is not to get drunk and get into shape…The Drunk Diet is me being a smart-ass and giving the finger to every other “(fill in the blank) Diet” book on the shelf.  This is my story.  If you don’t like it, write your own f—ing book.” 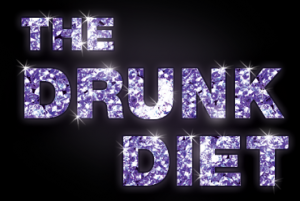 (Note from Eve: Okay, I took out the f word as I don’t want my spam filter to go nuts with a bunch of f—ing comments.)

Carl drinks and works at a bar.  In that sense he’s just like the rest of us, whether I choose to sip and evaluate wine or Luc chooses to throw back a wild concoction he’s made at his bar.  (See Recipe Sunday on 5/13 for his light cocktail recipes.)  Some of what I thought I’d get: changes in his food choices and growing exercise regimens, yes, but I also gained from his perspective on enjoying life within some semblance moderation.

One of Carl’s motivators early on was a line that Bill Murray coughed out as he failed to do a single decent push-up in the movie Stripes, “I gotta get in shape. I gotta dry out or I’ll be dead before I’m thirty.”

Those of us that enjoy wine, or spirits, may enjoy food just as much, myself very much included.  Carl says “When you’re drunk, your body encourages you to eat as much as possible to soak up all that booze.”

Carl mentions the Cookie Diet, and I used it in the title of this review because, as Carl puts it, diet “books were saying the same thing: you can’t drink if you want to lose weight.  I can’t drink but there’s something on the shelf called The Cookie Diet? F— you.”  I felt the same way…really, how healthy and effective can a cookie be?

Carl then takes readers on his journey, not the healthiest of diets since he was a kid, and then later, morphed into the bar scene full throttle.  Once he hit 40 pounds of excess weight, he decided he wanted to be sexy and that became his mantra.

“My whole life, I thought fresh vegetables were gross and pretentious.  (I didn’t even know what the word “pretentious” meant until I moved to the big city.  Just saying the word is pretentious where I come from.)… I stopped thinking of vegetables as ‘asparagus’ or ‘string beans’; I was thinking of them as ‘confidence’ and ‘sex.’”

Carl says it’s easier just to start over with new restaurants, so that you don’t get caught in the rut of ordering what you’ve always ordered.  I know at a certain wine bar I always order the cheese plate, doubled if it’s my dinner.  Probably not the best of ideas to continue that.

He also talks about holiday eating and New Year’s resolutions.  He may still drink what he wants to for this “f—ing shit show to end – the day also known at January 2” but he heads right back to the gym on January 3.

He also tried giving up booze for a couple of weeks.  Worked on week one, and failed miserably on week two – because his body was used to a certain amount of calories. ( I was successful at that once, when Ed was on platoon duty – 24 hours on, 24 hours off – I drank with him at home, and abstained while he abstained at work.  That and the idea that he was doing P90X also motivated me.  I lost 10 pounds.  It’s creeped back and you know what, he’s headed back to platoon duty this very week.  So, it may not be January 3, but I know I can do it…as long as there isn’t a wine event I’m covering while he’s working!)

About halfway through The Drunk Diet Carl tells readers that wine is kind to the waistline: “There’s a reason they don’t call it a ‘wine gut’” – I’d like to have on a T-shirt.

The remaining part of the book is dedicated to Carl’s favorite exercises and his running goals.  I enjoyed watching him execute a push up in his New York bar and, have to admit, could feel his runner’s high.  Especially when he had a cigarette – I’ve never smoked – just before his first 5K.  He finally quit the habit.  But, he did admit to being drunk the night before!  Even ran in a Jack Daniel’s T-shirt = my hero!

In his conclusion he begins with a lament, “…why I couldn’t get drunk all day, eat like shit, get wasted, and repeat.  Wasn’t the human body designed to have fun all the time?”  And then he answered himself: “If we partied every day, all day, partying wouldn’t be that fun anymore.”  Agreed.

More info on the book and Luc Carl can be found here: http://drunkdiet.com 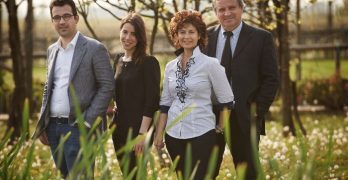