Known for its tasteful elegance, Kyivʼs Premier Palace Hotel is a vibrant symbol of Ukraineʼs era of grandeur and opulence. First built in the mid-19th century, the hotel boasts it was once the home of the renown Prince Dimitri Zhevahov.

Upon entry, the hotelʼs lavish lobby is the primary reason that the Premier Palace has become a popular place for a rendezvous. Making myself comfortable in the fashionable Lobby Bar, I awaited my dates. 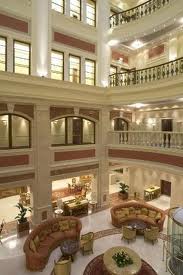 Strutting across the spacious lobby like two fashion models, I was greeted by my fellow sommeliers, Elena and Svetlana. Elenaʼs eyes shone brightly, “Grisha, are you excited about todayʼs tasting?”

“I am always happy to raise a glass with both you and Svetlana,” I replied with a smile. “What surprises do you have for me?”

Elena motioned for our waiter to serve our zakuska, finger snacks that are favored by Ukrainians while enjoying vodka. “I took the liberty of ordering spicy sausages, goat cheese, and your favorite rye bread from Lithuania.”

“Well done,” I grinned with anticipation. “What is our first selection?” Svetlana broke in. “A lovely rye honey vodka by Nemiroff.”

Nemiroff is renown for distilling flavored vodkas and is one of Ukraineʼs most heralded distilleries.

Distilling horilka, as vodka is known in the Ukrainian language, is one of the countryʼs passions. Rye, barley, and wheat grains are quite popular in Ukraine. These grains are known to have more flavor and complexity than beets, sugar cane, corn, or potatoes. In fact, potato based vodkas tend to leave a slight oiliness on the palate. The art of infusing vodka with flavors has long been practiced in Ukraine. As legend would have it, adding honey to rye vodka was a favorite with Cossacks, Ukraineʼs fabled light cavalry.

On first sight, the rye honey vodka appears to have a light almond coloring. Visually, it looks much more flavorful than classic clear vodka.
Raising and clinking our glasses in unison, we toasted in the obligatory Ukrainian manner … “Budmo.”

On the nose, the sweet accents that permeate the air make this rye honey vodka most appealing and inviting. On the palate there is a creamy texture with rye as the dominant flavor as the honey flavor trails gently behind.

“Mmm” … Svetlana grinned. “Chilled to perfection at 41 degrees Fahrenheit. By chilling this vodka there is relatively no burn.”

“I like the infusion of honey. It adds texture to the already complex layers of this rye vodka. “ With delight, I offered the ladies another round.

Elena nodded in agreement. “Laced with a hint of honey makes the difference. Grisha, did you notice that the rye flavors in the bread taste even sweeter?”

Svetlana was quick to chime in. “When paired with food, both the rye and honey flavors prevail. I know your preference is for goat cheese, however, this vodka also pairs nicely with Swiss cheese.

Svetlana erupted euphorically. “Grisha with a cocktail?” “I drink martinis.”

“Grisha, a couple of ounces of vodka poured over ice, shaken thoroughly, and then strained into a glass is not a martini.”

“Donʼt forget the lemon peel,” Elena added with a chuckle.

Ukrainian women certainly have a talent for keeping their men in line. “Whatʼs the next vodka?” I asked with amusement.

“I selected Khortytsaʼs pepper honey hot vodka.” Elena presented us with a bottle.

On first glance I noticed this vodkaʼs bright golden amber color. Once Elena opened the bottle, a hint of delicate aromas of pepper oil, suede, anise, and clover honey, filled my nostrils.

On the palate, a soft silky entry leads to a round dryish body of zucchini spice bread, cola nut, clover honey, and green peppercorns. This vodka finishes with a hint of sweet and savory herb, hot peppers, and honey. Khortytsa is considered by many as one of Ukraineʼs most popular distillers. They certainly have come up with an interesting offering of a delicate blend of conflicting combination. A memorable taste with a long lasting after taste, not to forget a nice warming tingle.

“A challenging vodka for experimental cocktails,” Svetlana mused. “Yes, weʼll leave that to Eve,” I concluded with a wry smile.

“Grisha,” Elena called for my attention. Both Svetlana and I selected the last vodka. It is Kozatska Rada Zhensheneva.”

This is a first as I am not familiar with the distiller. Allow me an attempt at translating the name Kozatska Rada. In short, it would be a general meeting held by Cossacks. Considering the image of Cossacks getting together for a hard night of debating and drinking, the name makes sense. As for Zhensheneva, it is a style of vodka infused with ginseng root. Hence, we have a group of hard drinking warriors slashing their sabres in the air as they quaff down pints of this super potent elixir. Move over “Red Bull,” “Zhensheneva” is taking the reins.

Zhensheneva is meant to be served on the rocks. As the vodka opens up, the distinct aroma of ginseng permeates the air. I liked the exceptional softness with no bite or burn to this exceptionally refined vodka. Distilled from old Cossack recipes, the fabled warriors claim that this unique spirit has restorative and healing attributes. It is a fact that the Cossacks preferred the use mineral waters, and ginseng has long been acclaimed by several cultures for its tonic properties. Overall, I was pleasantly surprised.

“Grisha, did you enjoy our selections?” Svetlana queried. “I must admit that I truly enjoyed myself. Now let me take you ladies to dinner.”

Literally translated, samogon means “self distilled.” In Ukraine, distilling vodka in the home or for a restaurant is legal. And my friend Bogdan is not only great with duck, he knows his way around samovar still. But that my friends is another story …