Tired of being considered the weaker sex…when it comes to wine?  Yes, I’ve read it all: We buy wine based on the pretty labels, the pink color, the low price, and from a supermarket shelf, etc.  But we’ve got one thing over our male counterparts when it comes to wine: there are more female “SuperTasters” than male.

So, I’ll tell you what that means and, even better, help you become one if you aren’t one already!

Have you ever heard of the term “SuperTaster”?  It refers to someone, more often a female over a male, that can detect a myriad of different flavors in aromas and palate.  Internationally recognized wine educator and author Jancis Robinson is one.  And I was recently accused of being one during a class on orange wines.

According to Wikipedia, a “SuperTaster” is defined as, “a person who experiences the sense of taste with far greater intensity than average. Women are more likely to be supertasters (I added in the bold, italics and underline, but of course) as are individuals of Asian, African and South American descent. The cause of this heightened response is currently unknown, although it is thought to be, at least in part, due to an increased number of fungiform papillae (look it up.)

The evolutionary advantage to supertasting is unclear. In some environments, heightened taste response, particularly to bitterness, would represent an important advantage in avoiding potentially toxic plant alkaloids…”

Some women have admitted to me that they simply can’t detect what they are tasting in a wine.  For me it’s been helpful to taste alone, without food, and taste often – for comparison sake.

But when I got started writing tasting notes it helped to have a few “tricks” at my fingertips.

One is recalled memories.  No, there isn’t chocolate in your wine when a pals remarks smelling or tasting it there, though it is often what a new person to wine may think.  Instead it’s a memory of a chocolate birthday cake or chocolate covered strawberries.  Your mind, cognizant or not, brings up the memory of a smell and reminds you of it while you taste wine.  You just have to be aware of it.

During my Level 2 Intermediate certification process for Wine and Spirits Education (WSET) I was prompted by my instructor, DiMaggio Washington, to look for at least one fruit, a spice, a wood and a minerality while tasting wine samples.  If I think about it I can usually get 2 out of 4, give or take more than one in any of the given categories.

And my trick, at least in the beginning, was to have my handy WSET guidelines available to help me.  (See photos of 2 WSET charts below.)  I prompt you to print them and try with a glass of wine, alone, or with other ladies that want to enhance their “Supertaster” status.

Of course I’ve had the opportunity to taste spirits side-by-side as well.  A vodka tasting is interesting as whatever the source – potato, corn, rye, wheat, barley, even grapes – the vodka maker has the choice of distilling down to a colorless, flavorless spirit, perfect for mixing, or to retain some of the flavor.  Taste a potato vodka alone – try Chopin – and then try Ciroq, distilled from grapes.  Even in a martini, shaped only with a little dry vermouth, you should be able to taste the potato once these two are compared side by side.

And the same thing can easily be done with tequila, beer, whatever your preference is.  One of my favorite learning experiences has been with the ForScotchLovers.com site and playing their Explorers game.  We paid some bucks for the club, but we get several samples of scotch over the year, unlabeled, and then run through several questions as we taste.  There is also a tab on the site that can give you help, just like my WSET cards, in looking for the perfect descriptor.  (See the following post today for scotch descriptors.)

I welcome your questions and comments, so let me know if you’re willing to try this and later, if this worked for YOU!  Bragging about being a “SuperTaster” is a God (albeit the wine God Bacchus) given right.  And I, for one, would much rather be known for better taste buds than a male pal instead of perpetuating the myth of a female shopper that buys wine based on pretty labels and pinker colors, instead we buy wine based on the nuances we alone (mostly!) can detect. 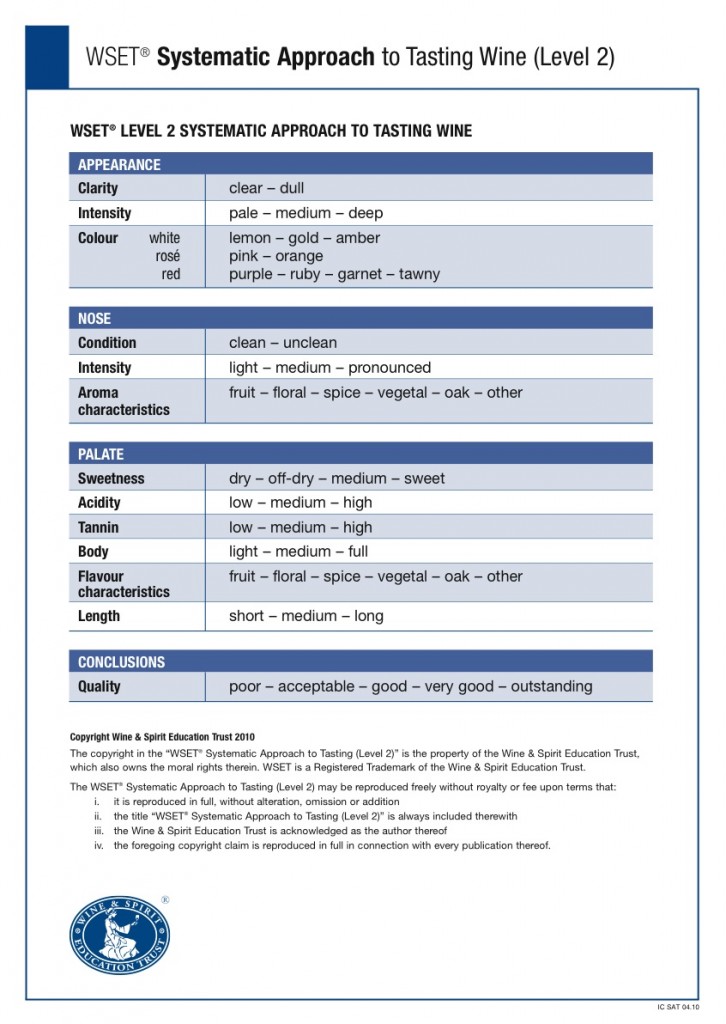 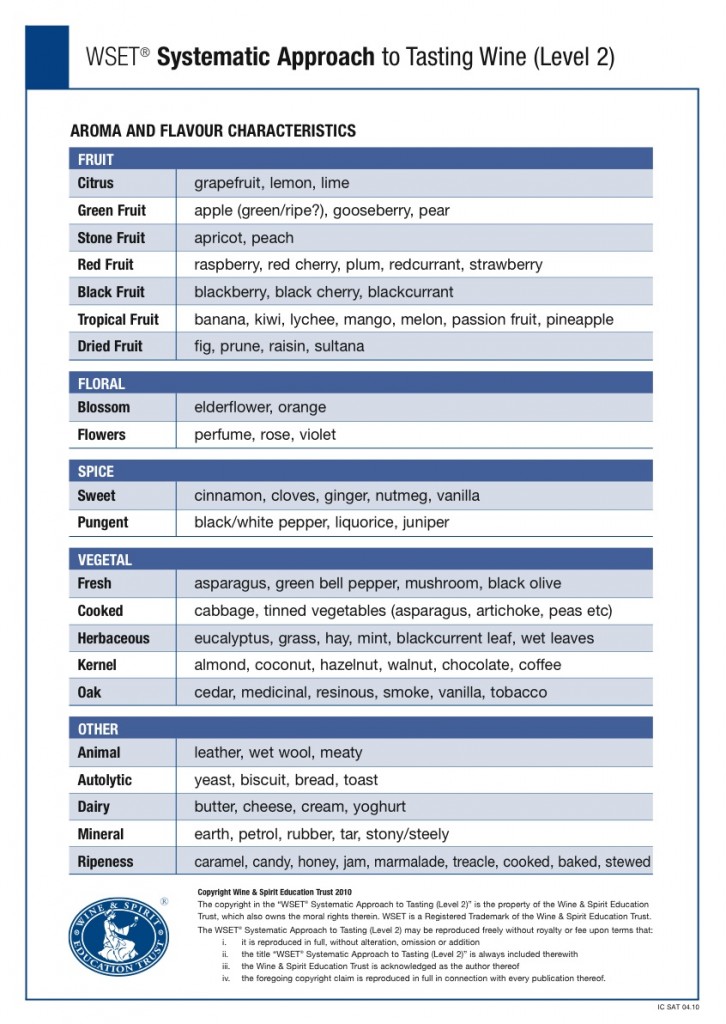