I like my local supermarket.  They recently won the award for most customer friendly in their district.  I especially like that one of the checkers always gives me coupons for whatever I might have in my cart.  (I’m afraid of coupons really.  I’m always driven by the coupon more than the actual need for the item.  Like shoe sales.  I don’t really ever needs new shoes—I just need a bigger closet!)

Samantha likes the Cookie Club.  No matter what, she can count on a snack, at the end of our shopping.  It’s like a carrot held over her nose from the fishing rod in my cart.  It works every time for good behavior.  As long as you start in the produce and end in the bakery of course. 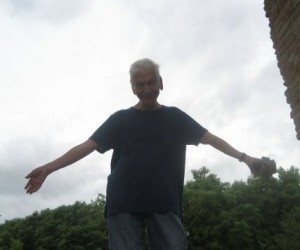 Recently, sharing time with mom, we ended up at the same chain market in my sister’s neighborhood.  I hate going to new markets.  Even if it is in the same chain they still have to muck up my system by reversing or rotating the aisles.  What marketing genius thought that one up?  I almost strangled an employee at my favorite Trader Joe’s until she could locate the chocolate soymilk.  What a nightmare.  But this trip was just for dear old mom and therefore I was safe from freaking out. Or so I thought.

She was in hog heaven right out of the gate because she met her female counterpart in the bakery section.  We were selecting my mother’s birthday cake.  They discovered that they were the same age and both hated raisins in their carrot cake.  She, along with the salesperson I had to remind my mother, knew how to spell “Felicia” for her cake.  Later, they discovered that they both found bananas unsatisfying.  When they started in on the culinary delights of black licorice over red I had to get her out of there but fast.  And not just because they were insane but because I happen to find, along with most of the free world, black licorice revolting.

Thankfully she had her cake and sale cherries in tow, yes at her age that was all she remembered that she came for, and we headed to the checkout.  Here’s where I got to have some fun.  We went to the new “U-Scan” line.

The one-page flier said, “The do-it-yourself checkout stand that allows you to scan, pay for and bag your own groceries”.  Of course there were more instructions that followed but I, not unlike the dozen or so people waiting in the longest line there, were too mesmerized watching.

And so I watched, and interviewed, the shoppers that were trying out this new toy.  These people, with just a few items, were having the time of their lives.  Each one wanted to show me how to put the money in.  Told me not to lift the bag until the transaction was complete.  And, how to touch the screen following each prompt.  The helpful checker that watched over the proceedings, forgive me for not writing down her name, watched her screen and helped those customers, myself included, that didn’t want to follow the prompted instructions.  She told me that this was all designed for customer convenience.  (Which my mother doubted of course counting up the number of customers able to scan at the several terminals over the one checker watching.)

I had more fun checking out from that market than I’ve ever had before!  I could see why you would want to go every day with a short list just so you could play with the technology.  Like ATM’s used to be!  Like old Game Gears and the original Pac Man computer game!

What will they think of next?  I couldn’t help but ponder that one while my mother, meeting her twin separated at birth again in the parking lot, discussed what (computer) chip of fate had predicated their meeting.  I finally pulled my mom away reminding her that she has enough good friends that she has absolutely nothing in common with.  Kind of like a new computer and me!

We wine (and spirit) drinkers are social beasts. We like to drink with friends, … END_OF_DOCUMENT_TOKEN_TO_BE_REPLACED