During our Grape of the Night event, where Chateauneuf du Pape Blanc was the star of the night, we found that there was a key taste in most all of these wines.  All of the bottles brought were from Southern France thus giving them some commonality in terroir.  This would therefore lead one to believe that they would share some characteristics between them.  The key feature that was found amongst the attendees was a taste of minerality.  The degree of minerality varied between the different wines poured. 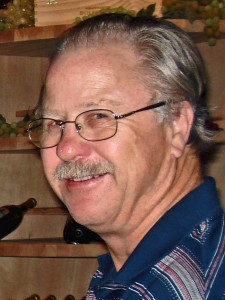 The taste of minerality was noted in pretty much all of the wines that were poured.  I made a comment which may or may not be wrong in my article on Chateauneuf du Pape blancs stating that the mineral taste is the result of the terroir.  The term minerality is very often used or misused as a wine descriptor providing a link between a wine terroir or region that a wine comes from and the wine itself.  The book, “The Oxford Companion To Wine” that is used by many of us does not even have the term “minerality” in it.

We know that there are minerals such as sulfur, magnesium, potassium, calcium, manganese, iron, copper and zinc in wines but the levels are too low to be detectable by humans. So where do people come up with taste descriptors such as chalk, slate, wet rocks, flint and limestone with certain wines?

Enter chemistry!  One of the best answers comes from the research by Denis Dubourdieu at the University of Bordeaux on mercaptans.  Mercaptan (thiols) are a sulfur containing organic compound.  The key word here is sulfur.  Mercaptans are formed by yeast during and after alcohol fermentation if there is a deficiency of nutrients such as nitrogen.  What occurs is that due to a lack of nutrients, especially nitrogen during fermentation, the yeast uses the sulfur in amino acids (Cysteine) that are present forming mercaptans.  This is what creates the mineral profile that people taste in wines. Since wines such as Chateauneuf du Pape blancs are grown in soil that consists of pebbles and sand with smooth rocks on the surface called galets there may be a nitrogen deficiency.  This would answer the question on why we get a mineral flavor profile from these wines.

In looking at my statement on the terroir being the cause, I would not say that I was incorrect.  The fact that the soil lacks nutrients can be viewed as part of the terroir making my statement correct.  It would be incorrect if the assumption is that the minerals from the pebbles and rocks are being absorbed and concentrated in the grapes. 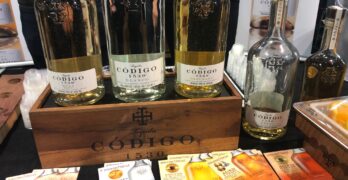