Hope you can join me on May 10th Dear Wine Friends, I can’t wait to check this out: On May 10th is our Mixology and Food Pairing.  We have a great Bartender joining us to show us some tricks while our chefs prepare some great small plates to accompany these delicious cocktails: 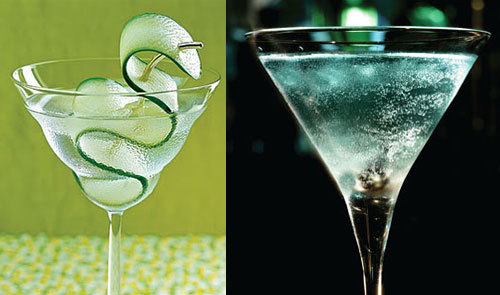 (The Mixology class is a demonstration-only classes, $55 per person)

May 11th is our second annual Mother’s Day Tea. Give mom the gift of a beautiful “ High Tea “ here at our kitchen. We will show you how to make some wonderful tea sandwiches, savory cream puffs, éclairs, tartlets and more. To be served with tea and a specially selected port.

Our hands-on classes are $75 per person

Clam Bake 5/18: Shrimp and clams, Grilled sausages Corn on the cob and steamed potatoes., Orange-saffron aioli and toasted baguette, Orange white wine spritzer A dessert that will surprise you.

Judy Gilbert, long-time Santa Clarita resident, has been cooking professionally for 30 years. She began as an apprentice in L.A.’s 5-star restaurant, L’Orangerie. From there she worked at Spago’s and in some of Beverly Hill’s finest hotels. It was at this time she met her husband, former pastry chef, Darrell Gilbert. They married and moved to Santa Clarita in 1987 and began their family. Her daughter Lauren is 25 and her son Jared is 22.

Judy was the pastry chef for Santa Clarita’s popular French restaurant, Gerard’s, and later for Country Gourmet. In 1993 she went to work for Universal Studios where she helped in the development of 2 restaurants for City Walk. In 1994 she became the executive pastry chef for Sisley Italian Kitchen and helped to open two of their franchises.

In 2003 she decided that teaching was what she wanted to do so she took a position as Chef Instructor for Le Cordon Bleu in Pasadena. Opening Culinary Wonders is the culmination of a dream that combines what she loves best. Cooking and Teaching.

Chef Herve Guillard grew up in his native France in a family of foodies where he found his passion cooking along with his mother and grand-mothers.

He went on to become an engineer in the ﬁeld of Health and Safety and came to California in 1995 to work in that capacity for the Disney Studios. A few years later he decided to listen to his heart and follow his passion for cooking. He graduated from California School of Culinary Arts with high honors and pursued his career in local restaurants and mostly as a caterer and private chef.

For over 11 years he has been sharing his love of cooking by teaching at the renowned Le Cordon Bleu Los Angeles. He has taught in the restaurant, the hot and cold kitchen production as well as academics with a strong emphasis in baking and Patisserie.

He also has credentials from the San Francisco Baking Institute and the Sushi Chef Institute. He is a Certiﬁed Post-secondary Instructor by NCCT, a certiﬁed instructor/proctor for SERVSAFE, and a certiﬁed Red Cross instructor. He loves to work with local products and looks forward to sharing his passion with you.

LOVINGSTON, Va./PRNewswire/ -- Virginia Distillery Company and members of the … END_OF_DOCUMENT_TOKEN_TO_BE_REPLACED