Pedigree Team of Dan Russo, Jason Paluska and Nick Flores Join Forces to Create a Dynamic Culinary Destination in the Center of the Urban Wine Trail

The Lark, one third of the triumvirate that also includes Lucky Penny and Les Marchands Wine Bar & Merchant, opened on Tuesday, August 6, 2013 as the latest whistle stop to the newest project in Santa Barbara’s exploding Funk Zone.

The Lark, led by hospitality veterans General Manager Dan Russo, Executive Chef Jason Paluska and Executive Sous Chef Nick Flores, is committed to catering to local sensibilities while welcoming visitors to rediscover Santa Barbara and experience it in a magical space that is the anchor to this revitalized neighborhood. The Lark is conveniently located within the Funk Zone, home to the Urban Wine Trail, just one block from the Santa Barbara train station and minutes from the 101 Freeway. The Lark will offer New American share plates with a focus on locally sourced products from Santa Barbara County, neighboring farmlands, ranches and the Pacific Coast. 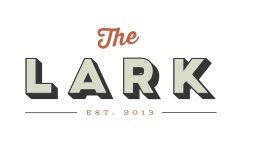 Managing Partner Sherry Villanueva, a longtime Santa Barbara resident and founder and principal of Twist Worldwide, a boutique marketing and branding agency, saw the future attraction of the Funk Zone and conceived a setting that would present a variety of interests to a diversified population.  By recruiting a stellar cast of seasoned talent that excelled in management, design, cuisine and wine, she assembled a team to express what she imagined would be a perfect setting for people to gather and build community.

In what was once a thriving fish market that is a short walk to Stearns Wharf, The Lark represents homage to the history of California train travel and a nod to the treasured and long gone Santa Barbara Fish Market. The Southern Pacific Railway first launched The Lark, a luxury, all-Pullman train in 1910. The Lark train ran between Los Angeles and San Francisco and carried 17 cars, made up of 12 Pullman sleepers, a combination sleeper-cafe-lounge car, diner, lounge and two baggage cars, accommodating a total of 279 passengers. The Lark Club diner-lounge was more than 130 feet long without a partition and groups sometimes made reservations a year in advance so they would be assured of the overnight use of the club facilities. The railroad was very important in the history of Santa Barbara and played a crucial role in the lives of the Castagnola family, who originally built the 10,000 square foot Santa Barbara Fish Market building in the 1920’s as a commercial fish processing plant, shipping their seafood products throughout the state by rail. Today, The Lark celebrates everything found around Santa Barbara County – wineries, farms, ocean and natural beauty.

Designer Doug Washington, owner of four successful restaurants in San Francisco and Portland, and a 2012 James Beard Foundation Award Semi-Finalist for Restaurateur of the Year,  teamed with Villanueva, intending to create an original space with sophistication and style while imbuing the funkiness, earthiness and wit of its surroundings. During the peak of train travel the trains represented change, evolution and progress. The design of The Lark restaurant strives to connect to the past and the future, using discovered objects from the past and blending them with modern, urban and industrial materials to spectacular effect.  Nearly every item in Washington’s design comes with history or a story, adding to the overall sense of discovery with each visit. The outdoor and indoor spaces are integrated, flowing rhythmically and embracing its guests.

One enters the restaurant flanked by oversized Dutch doors to an inviting bar. A focal point is a massive communal table, constructed from a single slab of solid wood from a 226 year-old Douglas fir tree that stood dead in the forest for 40 years before being salvaged. Crafted by Oregon Design/Build Contractor Dan Bush, the table measures an impressive 18 feet long and 50 inches wide with live edges.  The table weighs in at 2000 pounds and is supported by four antique warehouse radiators serving as the base. With the remaining wood, Bush built matching table tops for the restaurant. Three enclosed dining booths with benches built from repurposed church pews and stretched Argentinean bison hide tops offer intimacy in a vibrant dining space. Tucked away in an alcove sits a 100 year old Catholic confessional from Provence that can accommodate two deuces, illustrating Washington’s wink to past and present mores. The lighting throughout the entire space was custom designed by Washington and built in a small shop in Portland, Oregon. The dining room chandeliers were inspired by original vintage lights from Washington’s critically acclaimed San Francisco restaurant Town Hall. The antique mercury glass lights over the communal table were found in an old factory in Portland, Oregon.

Outside, vintage windows salvaged from a military base aircraft hangar in the Bay area are repurposed as patio fencing and are studded with living wall gardens. Antique porcelain baby bathtubs, galvanized steel bins and French wall sinks accent the landscape as outdoor planters.

With Villanueva serving as “conductor” of this high-speed invention and Washington, Russo, Paluska, Flores and Railsback building and operating this well-oiled machine, The Lark promises to be a “localmotive.” Dan Russo is a seasoned professional with more than 19 years experience in the hospitality industry. Russo’s portfolio includes recent work as General Manager of RN74, Michael Mina’s highly regarded urban wine bar and restaurant in San Francisco and the James Beard nominated The Girl & the Goat, Stephanie Izzard’s acclaimed Chicago restaurant.  He is joined by Executive Chef Jason Paluska, a Texas native whose work history includes positions at Town Hall and Salt House in San Francisco.  Paluska most recently he served as Sous Chef at Michael Mina’s RN74 and is eager to express his skills and creativity at The Lark and Lucky Penny as his first opportunity in an executive chef position. At Paluska’s side is Nick Flores, trained in the California Culinary Academy, who is a master in pastry and also an alumnus of RN74.  The wine program is designed by award-winning Sommelier Eric Railsfield and Brian McClintic, managing partners of the adjacent Les Marchands Wine Bar & Merchant, also debuting this month. The Lark and its menu are an extension of Paluska’s vision and sensibilities, combining the best of local seasonal foods and making them available for communal tasting and sharing without pretention.

The Lark will be open 7 days a week for lunch and dinner and weekend brunch. A specialized bar menu will available kitchen operating hours. 20-30 beers focused on seasonal and small production selections coming from domestic microbreweries will be featured along with seasonal craft cocktails. With ample indoor, bar, and sheltered outdoor seating with glowing fire pits in this contemporary casual environment, The Lark is a perfect destination where people and time can both stand still.

Please visit The Lark on the Web at www.thelarksb.com

For reservations, the public can call:

Become a fan of The Lark on Facebook at www.facebook.com/TheLarkSB

Les Marchands, translated from the French, meaning “the merchants, ­­­” is one third of the triumvirate that includes The Lark and Lucky Penny, and is a labor of love between two sommeliers, whose wine trips to Paris and Burgundy have inspired a dynamic and fresh vision of retail, dining and education.  Les Marchands is centrally located within the Funk Zone, home to the Urban Wine Trail and will offer visitors an unparalleled opportunity to explore, learn about, and experience a glass of wine and share wine-friendly foods in a relaxing atmosphere, free of intimidation. And, hot off the heels of being featured in the 2013 documentary SOMM, about a group of friends studying for their Master Sommelier certification, McClintic and Railsback are eager to meet the public and talk about wine.

In what was once the thriving Santa Barbara Fish Market just a block from the train station and a short walk to Stearns Wharf, Managing Partner Sherry Villanueva, a founder and principal of Twist Worldwide, a boutique marketing and branding agency, imagined a new start for an historic building and the destiny of the Funk Zone, the colorful arts district of Santa Barbara.  As a longtime Santa Barbara resident Villanueva envisioned the transformation of the once dilapidated area one block from State Street into a gathering place where locals and visitors could celebrate and honor both the past and the future. Most importantly, Villanueva built the foundation of her dream by recruiting the best possible talent and so convinced McClintic, Railsback and General Manager Dan Russo of the prospects in Santa Barbara that they relocated from San Francisco to map out their concept for the ideal wine bar and retail shop.

Les Marchands will offer wines from not only the Santa Barbara Country terroir, but from France, Italy, Austria, Germany and beyond, along with a locally inspired menu and a comprehensive retail selection by quality-conscious producers, back vintages and rare cuvees not often seen in the market. There will be over 400 selections of wine for purchase in the retail section; the wine bar will offer a rotating list of 30 wines poured by the glass and designed flights ranging from $9-20. Fresh additions will be made to the list daily with many selections of wines over 10-15 years of age. An astonishing 2700 bottle capacity, including 70 magnums, assures something for everyone without unnecessary pomp or circumstance.

The former Santa Barbara Fish Market has been painstakingly converted into new retail operations and restaurants under the watchful eye of designer Doug Washington, owner of four highly successful restaurants in San Francisco and Portland, Oregon and a 2012 James Beard Foundation semi-finalist for Restaurateur of the Year. Les Marchands is adjacent to The Lark, a full service 130 seat restaurant, and Lucky Penny, a free standing take out restaurant with an artisan wood-burning oven.  As the historic Santa Barbara Fish Market owned by the Castignola family, the building had been a local landmark since the 1920’s and a favorite dining destination for fish in Santa Barbara.

Reminiscent of a Parisian wine bar with modern touches and nearly 1600 square feet, Les Marchands boasts floor-to-ceiling wine racks made of Douglas fir and cabinets made from solid hickory built by Design/Build Contractor Dan Bush.  Details include a copper bar top, repurposed tin panels, and a hand-crafted library ladder. Of special note are custom chandeliers designed by Washington and fabricated by a small shop in Portland, Oregon inspired by fixtures in Grand Central Station in Manhattan.

Managing Partner Brian McClintic was one of four subjects featured in the acclaimed documentary SOMM, which chronicled his journey to the elusive Master Sommelier title, becoming the 107th individual in the U.S. to attain this honor. Along with his domestic experience, Eric Railsback, winner of the2010 Best New Sommelier by Wine & Spirits magazine, has a strong connection to the wines of Burgundy. Fluent in French, he brought his talents back stateside to Michael Mina’s RN74 – a premiere Burgundy-inspired restaurant in San Francisco.  Railsback and McClintic are partners, along with local winemaker Justin Willett and fellow Master Sommelier Dustin Wilson, in Vallin, the Santa Barbara Syrah project that joins Eric’s other local label Lieu-Dit, focusing on the grape varietals of the Loire Valley. Railsback and McClintic share a passion for sourcing the finest products from the cellar to the kitchen.

For reservations, the public can call:

Become a fan of Les Marchands on Facebook at www.facebook.com/LesMarchandsWine