I just got off the phone with Martha Peretz, CEO and one of the founders of Simply Wine Festival, which will be taking place the evening of March 14th, 2014 at the Four Seasons Hotel in Westlake Village, CA. I really loved her enthusiasm – this is a young lady who apparently got bitten by the wine bug fairly recently, but she got bitten hard.

Before getting married just last year, she attended a Bridal Expo at the Four Seasons in San Francisco. Of course, one can’t go to San Francisco without heading up to wine country – well, one can, but one shouldn’t. She followed that experience with trips to Paris where she learned more about wine first hand, and also to Mexico to experience tequila and mezcal at their respective sources. Martha was firmly hooked. 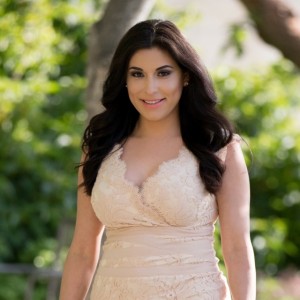 After attending a few small wine festivals near her home, Martha thought why not bring something bigger to the area she lived in.  So, working with the Four Seasons and a number of boutique wineries, she put together an event with a few added twists.

Yes, there will be lots of outstanding wineries pouring their latest releases. Some you are probably familiar with, such as Montes, Kaiken, Summerland Winery, Dragonette Cellars, Casa Barranca, and Larner Vineyard, among many others. There will also be beer from breweries like Wolf Creek and Ventura’s Surf Brewery. In addition, there will be mezcal and tequila as well as food provided by many fine local restaurants such as Mastro’s and Saddle Peak Lodge from Malibu. And there will be a center stage with a variety of musical entertainment – all to benefit the local chapter of the Make-A-Wish Tricounties.

But, what really makes this festival unique is that Tesla Motors, the electric car company that I’m sure you have all read about or seen on the news, will have a car sitting right in the middle of the ballroom. Not only that, but Tesla will be offering test drives – I’m sure not in the ballroom and I’m sure before you’ve had too much wine.

Now for the BAD news – this inaugural festival is SOLD OUT. Sorry folks, but I will definitely report back to you on it so you can plan for next year. In the meantime, go to their website and sign up for their email list, because I do have some very GOOD news…

Martha is planning an Agave Festival for early November, which will feature lots of tequila and mezcal producers, as well as professional mixologists so you can experience the libations in all of their delicious forms. You’re not going to want to miss this, so STAY TUNED and buy your tickets early.