Whole Foods Market Monterey invites you to the 2014 Monterey Beer Festival, returning to the beautiful Monterey County Fair & Event Center. This not-to-be-missed event, for those 21 and over, benefits the Monterey County Fair Heritage Foundation (a 501c3 non-profit organization – Tax ID #77-0402426). 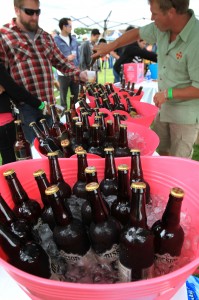 Taste the best beer from around the globe from your very own souvenir Monterey Beer Festival tasting pilsner included in with admission.  The festival will provide hundreds of beers to sample, including brews from America, Belgium, Germany, England, France, Australia, Thailand, Italy, Asia, Ireland, Russia, Mexico, Jamaica & California. There will be a variety of delicious food available to pair with your beer of choice.

This year, VIP entry will not only allow early access, but VIP ticket holders will also have their very own private area with private restroom facilities to beat the lines in the general festival area!  VIP ticket holders also receive a convenient souvenir neck caddy for their provided Monterey Beer Festival tasting pilsner.

Win great prizes in the new Beer Pong Tournament! Beer Pong is a fun drinking game in which players throw a ping pong ball across a table with the intent of landing the ball in a cup on the other end. The game typically consists of two teams of two players each with 10 cups set up in a triangle formation on each side.  Each team then takes turns attempting to shoot ping pong balls into the opponent’s cups. If a ball lands in a cup (known as a ‘make’), cup is removed from the table. The first team to eliminate all of the opponent’s cups is the winner. Entry is $40 per team of two. Sign up with a partner today by contacting heritage@montereycountyfair.com. 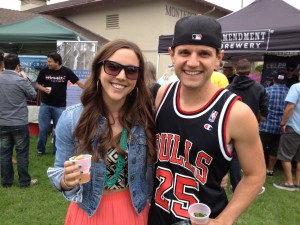 The entertainment schedule on the Main Stage will feature an array of tribute rock bands playing everyone’s favorite rock tunes, including:

All ticket holders will receive a souvenir beer pilsner glass.

General Admission Presale Price (through June 13, 2014) is $45 or $50 at the gate. Tickets are available in the online store at www.montereybeerfestival.com.

VIP with 11:30am early admission Presale Price (through June 13, 2014)  is $70 or $80 at the gate. VIP Ticket holders will have VIP Area in and out privileges, private restrooms, and a beer caddy with their souvenir beer pilsner glass.

Designated Driver Admission Price is $20 bring someone there for the fun but not the alcohol to get you home safely.  The Monterey Beer Festival encourages all patron to drink responsibly.

Parking is $20 on site or nearby on Fairground Road. 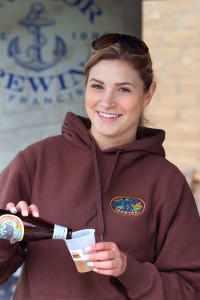 Craft beer brewing has been incredibly popular in recent years but the art of brewing is as old as civilization. Between 10,000 and 15,000 years ago, some humans discontinued their nomadic hunting and gathering and settled down to farm. Grain was the first domesticated crop that started that farming process. And, it’s come a long way!

Please support our valued sponsors of the 2014 Monterey Beer Festival:

Take advantage of great community sponsorship opportunities! Sponsors will build the loyalty of new customers by supporting this upcoming non-profit event which attracts thousands of attendees with the average age 21-35. They’ll gain outstanding visibility and very unique benefits through your valued sponsorships and support of an important resource in Monterey County!  Sponsors will also reach thousands of people!  A limited number of sponsorship opportunities are available with many great unique benefits. Please call Wendy Brickman at (831) 633-4444 or email brickman@brickmanmarketing.com  for more information.