Crack the Prosecco, and raise a glass! Opici Wines has been named Importer of the Year by Wine Enthusiast Magazine in their annual Wine Star Awards 2014.

The annual awards are an institution, honoring some of the most accomplished, innovative companies and professionals in the business. The Opici Wines team is humbled and excited to receive this honor.

“In the past several years, we’ve redefined the company by bringing in up-and-coming producers, launching a spirits division, and developing proprietary brands,” said Don Opici, managing director of Opici Wines. “We’re so proud of our evolution and are thrilled to be recognized by Wine Enthusiast.”

Opici Wines began a transformation in 2010, shortly after Don Opici, the fourth generation of the Opici family, took the role of Managing Director. With long-standing, market-leading Italian brands like Cesari and Carpineto as the foundation, Opici sought cutting-edge producers from Chile (De Martino), Argentina (Ruca Malen), Spain (Vivanco) and France (Notre Dame de Cousignac). The company strengthened its position in the industry through the creation of Market Street Spirits, a spirits division which imports rum from the island of St. Kitts (Brinley Shipwreck). Opici Wines also launched several proprietary brands, such as Auspicion and Julia James from California and La Luca Prosecco from Italy. The Opici Wines portfolio consists of 50+ brands from around the world that are represented nationally through distributor partners.

“Over the past five years, we’ve seen revenues rise by more than 40 percent and volumes reach a new record each year,” said Opici. “It’s exciting, and we owe it all to our dedicated employees, suppliers, distributors, and customers.”

Selected from among five nominees, Opici Wines will be featured in Wine Enthusiast Magazine’s annual Wine Star Awards issue, which will be released on December 31. Opici will also be honored at a gala black-tie event in January along with the other Wine Star awardees.

Opici Wines is an importer and producer with a portfolio of over 50 brands from the United States, Italy, Spain, France, Chile, Argentina, and Hungary. The portfolio is represented nationally through distributor partners. Opici Wines is a sister company to Opici Family Distributing, which operates wholesalers in seven markets along the east coast. The company was originally founded in 1913 and re-established upon the repeal of Prohibition in 1934. The company chairman is 98-year-old Hubert Opici, who was recently honored as an “American Wine Legend” by Wine Enthusiast.  From its inception, the company has remained family owned and operated. To learn more about Opici Wines, visit www.opiciwines.com. 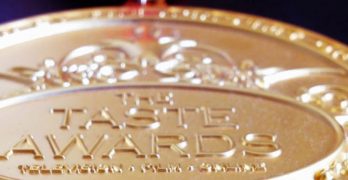