Pasadena, CA – Until now, those passing by on South Lake Avenue may have been blissfully unaware that located in a little 100-year-old craftsman bungalow, there exists a new and innovative craft-cocktail bar.  Magnolia House may be the new kid on the block, but take a sip of one of their sensational solutions and you will see why they are becoming Pasadena’s best new drinking destination!

Magnolia House is the work of restaurateur brothers Chris and John Bicos of Bicos Hospitality. “We wanted our guests to get excited once they began to explore our menu,” says John.  “Rather than focus on a single liquor category or specific cocktail style, we are building a repertoire of cocktails that offer a unique variety to navigate and something for everyone to enjoy.”

The initial cocktail concept for Magnolia House was developed by Evan Zimmerman, a Portland-based bartender and cocktail craftsman who has previously worked at some of the finest bars in the country, including Teardrop Lounge, Laurelhurst Market and The Woodsman Tavern in Portland and Todd Thrasher’s Restaurant Eve and PX outside of Washington, D.C. To execute and expand upon Zimmerman’s original vision, the Bicos brothers commissioned Colin Shearn, who brings 15 years of experience to the craftsman bar. Shearn is an East Coast bar star, having been the opening Bar Manager at Philadelphia’s famed The Franklin Mortgage & Investment Co., which was a semi-finalist for the James Beard Award for Outstanding Bar Program three years running under Shearn’s reign, as well as the St. Charles Exchange and the El Camino in Louisville.

The current Magnolia House menu features nine drinks that run the gamut from light and fruity to strong and boozy. “A cocktail menu should be concise and have some type of overarching ideology,” Shearn says. “With this list, I tried to represent as many different base spirits and cocktail styles as possible, without having anything repeat itself.”

Two of Magnolia House’s cocktails are Zimmerman’s unique creations: the Mendocino Sour, a clever take on the Whiskey Sour that incorporates Rooibos tea, lavender and fino sherry, and The

Lumberjack’s Breakfast, a great cold-weather drink with blended scotch, apple brandy, maple and cardamom syrup, lemon, egg white for rich texture, garnished with two green apple slices. “We have been open for a little while now, and I have already started to see the trends of what people want,” Shearn says. “These were two instant crowd favorites that I just was not willing to mess with.”

Many of Shearn’s original cocktails were inspired by classics, though his inventive interpretations render them wholly unique. Take the Barracuda, which tweaks the bartender-favorite Mexican Firing Squad (tequila, lime, grenadine and Angostura Bitters) by swapping out the Angostura with celery bitters. “Our house-made grenadine is nice and tart, so the combination of that and the celery bitters makes this drink a little more fiery and a lot more interesting.” The Copper Heart #2 was inspired by Shearn’s favorite drink from Zimmerman’s previous list, a mix of pisco, lemon, grapefruit and cinnamon. “Grapefruit and cinnamon are a classic tiki combo, so I used a blend of rums in place of the pisco,” Shearn says. “The result is warm and autumnal, but still bright and refreshing.”

Ask Shearn what he would be drinking if he were to take a seat on the other side of the bar, and he will divulge that his personal favorite drink on the current menu is the Phantom Engineer, a smoky concoction of mezcal, rye, Cocchi Americano, lime and grapefruit. It is a spin on the 20th Century, a drink which traditionally calls for gin as a base spirit. Then there is the Love is Not a Victory

Love Is Not A Victory March

Not all of Shearn’s drinks fit into pre-existing molds. The Wicked Game is a cocktail served on the rocks in a tall glass, with jalapeño infused gin and watermelon blended with vermouth for a sweet-spicy bite, along with honey, lemon and bitters.

The oddball cocktail on the list is the Crown City, with rum, rye whiskey, bitters and orange, cacao and banana liqueurs. “This cocktail does not follow a traditional structure at all,” Shearn says. “Even though it has flavors you think of as sweet, do not be fooled, as this is not a sweet drink.” If you are looking for something bright and fruity, try the Everyday Sunshine instead. This is a refreshing vodka drink with pineapple, raspberry, lime, vermouth and a touch of bittersweet Aperol. “So many bartenders dislike vodka and make their vodka cocktails throwaway drinks,” Shearn says, “but I didn’t want to take that route. This cocktail is approachable but maintains balance, so anybody should be able to enjoy it.”

Even those who abstain from alcohol will find tasty libations to tempt the taste buds at Magnolia House. “We want to be the bar that shows some love to non-drinkers,” Shearn says. “Drinking at Magnolia House should be a fun experience for everyone.” For this, there are two specialty non-alcoholic beverages for just that reason: a Cherry & Lime Rickey, created by Zimmerman, with fresh cherry juice, honey, lime and seltzer, and the Teacher’s Pet, created by Shearn, which is a mix of grapefruit, grenadine, lemon and ginger ale.

Magnolia House also offers ten Draft Beers, all from the West Coast except for Belgium’s Duvel Single. “We felt that there were plenty of great options within California, and it was a great approach for us to keep it local,” says John Bicos. The beers range from the light and refreshing Craftsman 1903 Lager (made right here in Pasadena) to the deep, dark Black Butte Porterfrom Deschutes Brewery in Bend, Oregon. John’s personal favorite is Santa Barbara Common Ale from the relatively new Pure Order Brewing Co. in Santa Barbara. “It is a great easy-drinking everyday ale that still has tons of flavor,” says Bicos. Shearn also added three A Shot and a Shorty options, which are classic Boilermaker-style pairings of half-pints and spirits.

The Magnolia House Wine List is also quite extensive, including twenty-two reds, whites and sparkling wines from around the world that are offered by the glass and another twenty-two by the bottle. General Manager Chris Mangandi put the list together, explaining, “Most of the selections are from small producers whose focus is to create wines that reflect their vineyard source. They pair well with a broad range of foods and exhibit good balance.” One special recommendation of Mangandi’s is the Ovum Riesling from Oregon. “It is produced by a passionate husband and wife team who are consistently pushing the envelope on what domestic Riesling is ‘supposed’ to be,” he says. “It has excellent balance of acidity, mineral character, floral notes and a long finish. It is a really complex, yet drinkable wine that tells the story of the vineyard in one sip. It’s wild.”

Should you get hungry while enjoying the beverage selection, Executive Chef Kyu Yi delivers the goods, with an extensive selection of Snacks, shareable Small Plates and larger Entrees ranging from the King Crab Mac & Cheese to their House Burger with house-made American cheese, dill pickle remoulade, bacon and bourbon-caramelized onions. Take a cue from Mangandi and go for the spicy Korean Chicken Wings paired with Copain Chardonnay. John Bicos also recommends the Moroccan Lamb Meatballs with a refreshing Duvel Single.

Whether you are a full-on cocktail aficionado, or a curious but cautious beginner, Magnolia House is the place for you to come expand your horizons – and your palate. So why not visit Pasadena, because Magnolia House is anything but ordinary… it’s extraordinary!  You won’t regret splurging on an extra cocktail, or two! 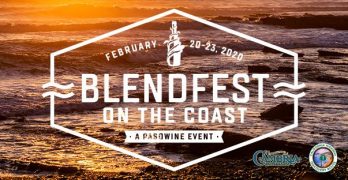