A Favorite from the Lompoc Ghetto, Arcadian will Feature Five Wines from the Collection to Pair with the Four Course Tuscan Dinner

WHAT: TOSCANA welcomes Joe Davis of Arcadia Winery, who will introduce wines from their exceptional winery in Lompoc, California. The four course Tuscan menu by Chef Hugo Vasquez will be paired with five wines from the collection.

Joe Davis began his winemaking career in the 1980s, opening his own brand in 1996.  He has consistently made quality Chardonnay, Pinot Noir and Syrah from some of the most prestigious vineyards in the Central Coast.  Particularly interesting is the ageability of his wines.  He may be releasing 7 year old wines while many Central Coast producers are focusing on wines to be drunk in their youth.  Greatly influenced by his role models in Burgundy (namely Domaine Dujac), Davis uses techniques such as stem inclusion and extended barrel aging to make his wines full structured and age worthy.  Like a top negociant, Davis knows all the intricacies of the vineyards he uses and keeps detailed logs of each vintage he harvests.  Look forward to the 2001 Gary’s Vineyard Syrah which Davis touts as the best wine he has ever made from Gary’s Vineyard.

Traditionally, Arcadian harvests fruit with more modest sugar levels and higher natural acidity than many of their fellow growers. The belief that Arcadian wines will continue to evolve in the bottle for years to come and that this will ultimately produce a more interesting wine is what drives the philosophy of these wines. “I admire Joe Davis’s willingness to take risks,” states Antonio Galloni in his 2013 Vinous Media reviews for Arcadian, continuing, “The intellectual desire to experiment and push the envelope is a quality many of the world’s greatest winemakers share.”

Bruschetta with Porchetta and Red and Yellow Bell Peppers 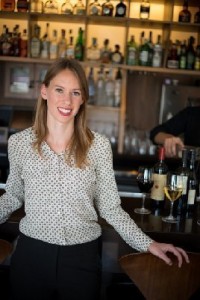 $130 per guest, inclusive of menu, wines, taxes and gratuities; seating is limited

Reservations may be made by phone with credit card pre-payment

TOSCANA quietly opened in April of 1989 by first time restaurateurs Mike and Kathie Gordon who dreamed of recreating the simple, delicious food and warm, inviting ambiance they found in Italy. TOSCANA’s success exceeded all expectations. The restaurant was quickly discovered and populated by guests who became regulars, dining on exquisite and authentic Italian fare a few times a week for lunch and dinner. Twenty five years later, TOSCANA continues to thrive.

THE UNIVERSAL WHISKY EXPERIENCE PRESENTS TO YOU: The World’s Premier Luxury … END_OF_DOCUMENT_TOKEN_TO_BE_REPLACED