I first reported on the restaurant at the The Beverly Garland Hotel in early 2014.

At that time, Chef Warren Schwartz was taking advantage of the planned renovation of the hotel and restaurant to do a little experimenting. Under the aptly named Warren’s Blackboard, he turned out an array of seasonal daily specials that quickly turned this restaurant in North Hollywood into one of our favorite go-to places in the San Fernando Valley. Of course, the restaurants top-notch staff, headed by Food & Beverage Director Pete Alles, only enhanced the experience. 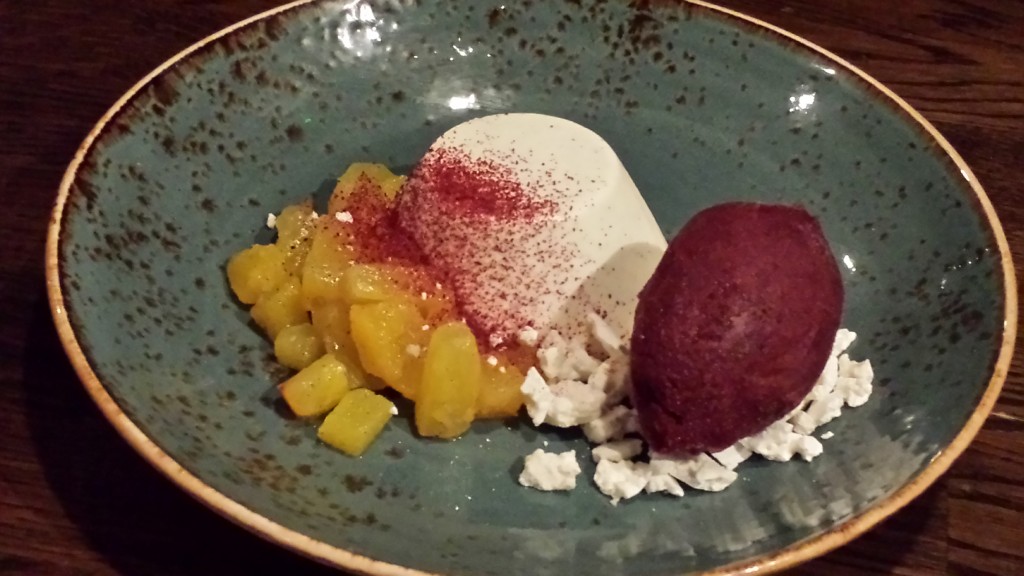 In the fall of 2014, Warren’s Blackboard closed as planned, in anticipation of the several month-long renovation and eventual re-opening as The Front Yard. But plans change and as Warren’s the restaurant was entering its hiatus, Warren the chef was presented with the proverbial “offer he couldn’t refuse” to become Culinary Director of food preparation and delivery service Munchery. [Hopefully, more on this in a future article.] The parting was amicable and the search was on for a new chef to join the team, with plenty of time to find one to carry on what Warren had started.

And find one they did: Chef Chris Turano cut his culinary chops with extensive experience in Chicago and came to California to become Chef de Cuisine at the Bacara Resort in Santa Barbara, having earned the position by winning “Chef Wanted” on Food Network. Note to Eve’s Wine 101 readers: Chef Chris has his Court of Master Sommeliers Level 1 Certification.

My wife Karen and I had occasion to attend the hotel’s grand opening party to celebrate the renovation. Now called simply “The Garland”, the hotel has an overall brightness and elegance that extends from the lobby to the grounds to the suites. We also recently ate at The Front Yard, which is supposed to be what this article is all about.

Let me start with just a “Wow.” Chef Chris has created an amazing menu designed to not only satisfy the demands of discerning Angelenos but also to give hotel guests a great taste of what Southern California is capable of.

Across the board, we were struck not only by the freshness of the ingredients [which is to be expected] but also by the interesting combinations that created some unexpected yet delicious flavors. Impossible to pick favorites, but as someone who doesn’t necessarily go crazy over vegetables, that broccolini just had me munching and munching and munching. Other real standouts for me were the beet salad, octopus, chicken and halibut, although that is in no way to diminish the other dishes.

I’d be remiss to not mention the house made desserts. As of our visit they were not listed on the menu [they should be by now] but included a take on strawberry shortcake, a panne cotta with cabernet sorbet, and a sweet/salty butterscotch pudding accompanied with seasoned popcorn. Save room for these!

The wine list has a great variety of offerings and price ranges. It will change as time goes on and they bring in new selections, but here is a small sample from the list that was available when we were there:

Ampelos Syrache [we had this, it was great]

The above is just a sample. There are lots more. The by-the-glass program is excellent as well, along with a great selection of beers and craft cocktails.

Corkage is $20, free on Sundays and Mondays.

As of press time, the remodel is almost complete and the restaurant is in somewhat of a soft-opening mode. What has been done to the place has come out stunning and there are just a few tweaks to go. Service is as good as before, maybe even better. They are definitely ready for your business. Come hungry. 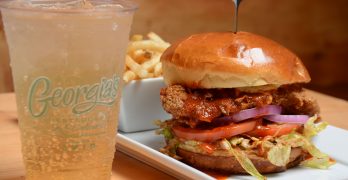