If you are lucky enough to visit Château De Sales in Pomerol, and have the owner Bruno De Lambert meet you for your tour, you must ask to see inside his Château. I can’t write very much about what I learned while in his home, but suffice it to say, his stories were very entertaining, even for my 20 year-old daughter that ISN’T a wine drinker! 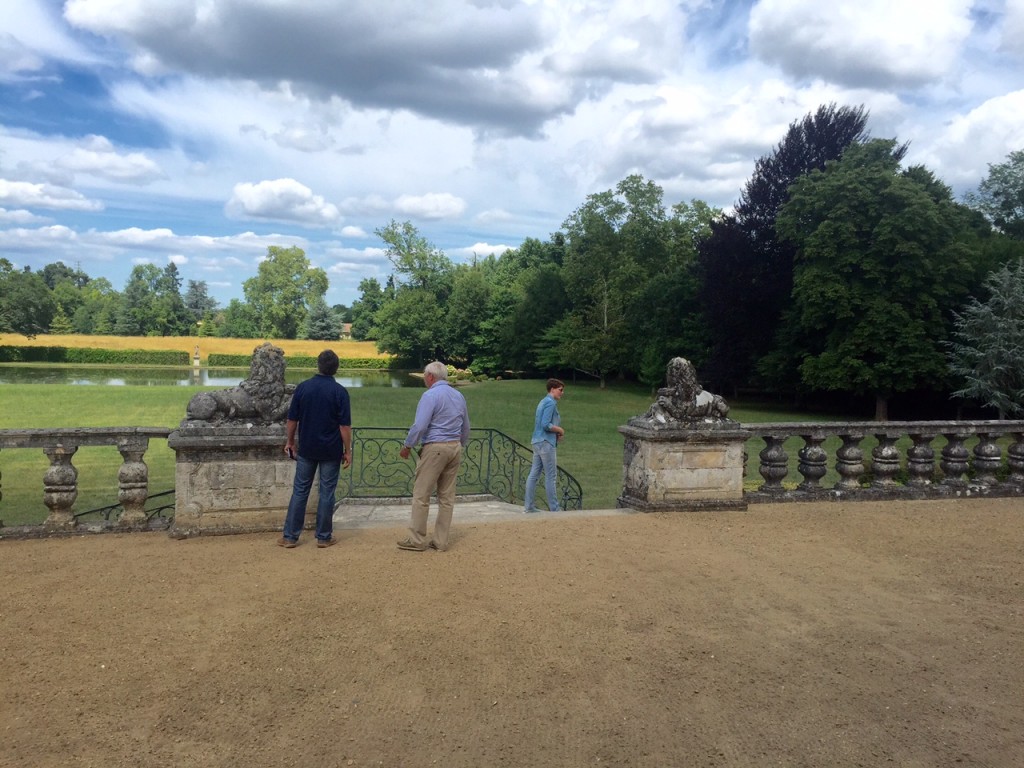 My family and Mr. De Lambert behind the Chateau.

De Lambert explained that the story of the winery was really a story about the family. According to the website it is “the largest estate in the Pomerol appellation and has been owned by the same family for more than five hundred years.”

The home is all one level, completed in the 17th century. The short set of stairs we climbed to enter the home are the original stones and as you enter De Lambert may point out the indentation in the stone floor from the many years of foot traffic.

Worn tapestries (ask De Lambert to tell you a story about those) adorn several of the walls and an antique book of maps lays open to a page of the thirteen colonies…and past that, in French, the words for “we don’t know” what lands lay beyond.

De Lambert pointed out interesting architectural designs such as a repeated face over doors and chimneys, carvings placed vertically on one wall and horizontally on another.

There are no vines visible to the eye from this remarkable Château. (See Facebook album link here.)

A train can be seen from the Château that has been there since 1850, bringing passengers, and De Lambert’s family every weekend, back and forth from Paris and beyond.

There are windows that are now filled with stone due to a window tax.

The smallest estate in Pomerol, 1/2 acre, used to just be a garden.

There are 22 Châteaux in Pomerol that have over 22 acres.

The trees on the property won’t be cut down to make room for vines, the idea would be an “impossible” one for De Lambert. There are stories of the De Sales trees being a common spot for romantic trysts.

The vineyard is only seen from the front of the Châteaux property.

De Lambert believes that “terroir is…soil and climate…(and it’s) through the vines (that) the winemaker gives the maximum of quality. (It’s not) a technical style of wine.” Instead, De Lambert says, you “respect what the terroir gives you.”

The grapes are all handpicked and about 40 people are needed for harvest.

No yeast is added to their wines.

Two wines are made, the primary and secondary labels. The remaining balance is sold in bulk.

All of the wines only spend “9 months in wood” to insure that the fruit doesn’t “disappear.”

The original cellar was built in 1893, the new cellar was added in 1970 and now 100% is bottled at the Château when the bottling truck rolls in.

For the last 40 years De Lambert has sold to the same 5 Bordeaux merchants. 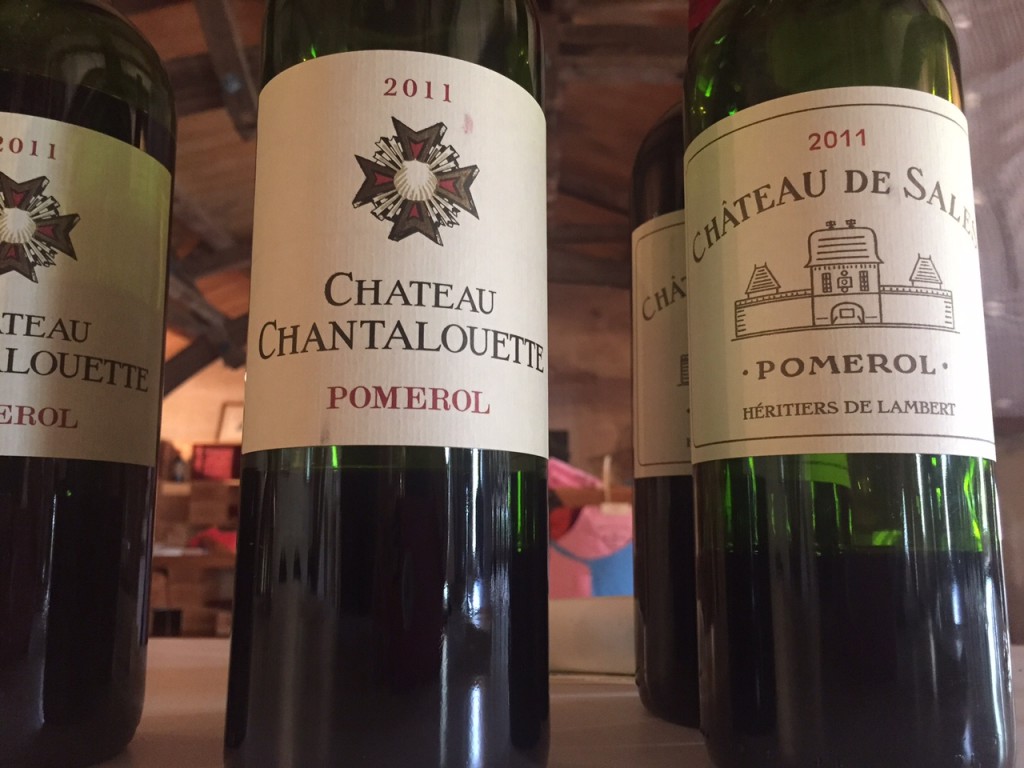 We tasted both the primary and secondary labels, both priced under 23 Euros, both predominantly Merlot followed by Cabernet Franc and Cabernet Sauvignon: Château Chantalouette 2011 and Château De Sales 2011. Neither deserves less than 90 Eve points! An amazing price point that a wine 101er could easily appreciate. It’s important to try these wines when you can find them (60% are imported to the U.S. and Belgium, and we already found them at Wally’s). Not all Bordeaux are costly.

De Lambert commented, it’s all about “family, estate and architecture (as that’s what makes us) unique.”

Who likes sparkling wine? The ultimate wine for celebration, and celebrated as a … END_OF_DOCUMENT_TOKEN_TO_BE_REPLACED