Some time ago, I wrote a review of a movie I very much enjoyed: American Wine Story. The movie is now available on Amazon. Even better news, it is free with Amazon Prime.

I found a funny TV series on Youtube called “Plonk”. Its premise is a humorous behind-the-scenes look at a TV crew filming a show about wine in Australia. It has now been turned into an actual broadcast series there so unless you have access to those you’re out of luck going forward, but the initial online videos are worth watching. 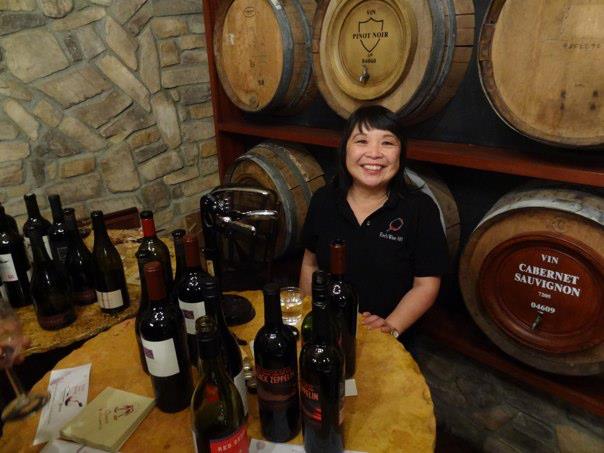 There are always studies cropping up that say cheap wine is just as good as expensive wine.  A fun-to-read [at least for me] point-counterpoint showed up on the web not too long ago:  First, read “Your Snobby Wine Friends Are Full of Shit”. Then, read the response “Cheap Wine Sucks: A Manifesto”.  My take…

If all you want is something drinkable [even if barely], maybe look cool, maybe get a little buzz, cheap wine can be fine. There are lots of drinkable cheap wines, some even kind of tasty. And, you’ll save a lot of money. The US Wine industry has made a fortune betting on this. From Kendall Jackson Vintner’s Reserve Chardonnay to the recent sale of the Meiomi wine brand to Constellation for $315 million, Americans have shown their preference for reasonably priced, slightly sweet, non-complex wines. Whether you apply Sturgeon’s law or some other formula for acceptance of mediocrity, my feeling is that the vast majority of people don’t really care that much about what is in their glass.

And you know what?

That’s okay. That’s a personal choice. We all have finite resources, the most finite of which is our time on this Earth and how we want to spend it. And time is the biggest commitment to developing a deeper appreciation of wine and its nuances and complexities. Not everyone wants to do that. Nothing wrong with that. But please don’t denigrate those who do. At the same time, those who do make the effort shouldn’t knock those who don’t want to bother. More good wine for us, right?

At a recent dinner party, we all brought various wines, some old world, some new. Not surprisingly, I brought a Rhone blend from a well-respected Paso Robles winery. The wine was a hot, alcoholic, over the top mess. Now, I have had this wine before and I know what it was supposed to taste like and it definitely wasn’t supposed to taste like this. It was clearly an off bottle. It happens. Yet, when I expressed my opinion about the wine I had brought and knew a lot about, I was told, by some who know more about wine than I do and by some who know less, that there was nothing wrong with the wine and it was just a typical Paso Robles fruit bomb – irrespective of the fact that I was only one of two people in the room who knew what the wine was supposed to taste like. The other person was my wife Karen and she agreed with me. Don’t let others tell you what something should taste like to you. Follow your own palate.

It was nice to see Gary Eberle regaining control of his Paso Robles winery. A true pioneer in the region, Gary was also recently honored with the 2015 California State Fair’s Lifetime Achievement Award. My favorite Gary Eberle story is how he brought Syrah cuttings into California from France – referring to them as the “Samsonite clone” kind of gives it away, right?

The Napa Valley Register reports that the Copia building will be reopened by the Culinary Institute of American. According to the article: “The CIA intends to turn the former Copia building into a museum of the culinary arts, including demonstration kitchens, cooking class spaces, two restaurants, display spaces and other educational features… A Vintners Hall of Fame will be installed in the atrium space of the first floor. The theater will show movies and be used for other public access. A retail shop and tasting bar will be offered. It will feature two restaurants — one open for lunch and run by CIA students, and one for dinner, located in the former Julia’s Kitchen space.”

In case people feel that I do too much cork bashing, I must apologize for missing this big news back in February that proved that corks are better than screwcaps for at least one thing…According to KCRG-TV9, Iowa sparkling winemakers held a cork-popping distance contest. The winning cork popped soared over 45 feet. Try doing that with a screwcap!

Who likes sparkling wine? The ultimate wine for celebration, and celebrated as a … END_OF_DOCUMENT_TOKEN_TO_BE_REPLACED