One again, my wife Karen and I had the great pleasure to take advantage of Eve’s absence to attend one of the best food and wine events in the Los Angeles area – LA Loves Alex’s Lemonade. It is one of the best for a few reasons. Not only are the food and beverages outstanding, along with entertainment and great auction items, but last and definitely not least [actually MOST important] is the cause. I don’t think anyone could come up with a more deserving cause than raising funds to fight childhood cancer. I doubt if any of us have not been touched by cancer in some way, and a sick child makes it even more heartbreaking. 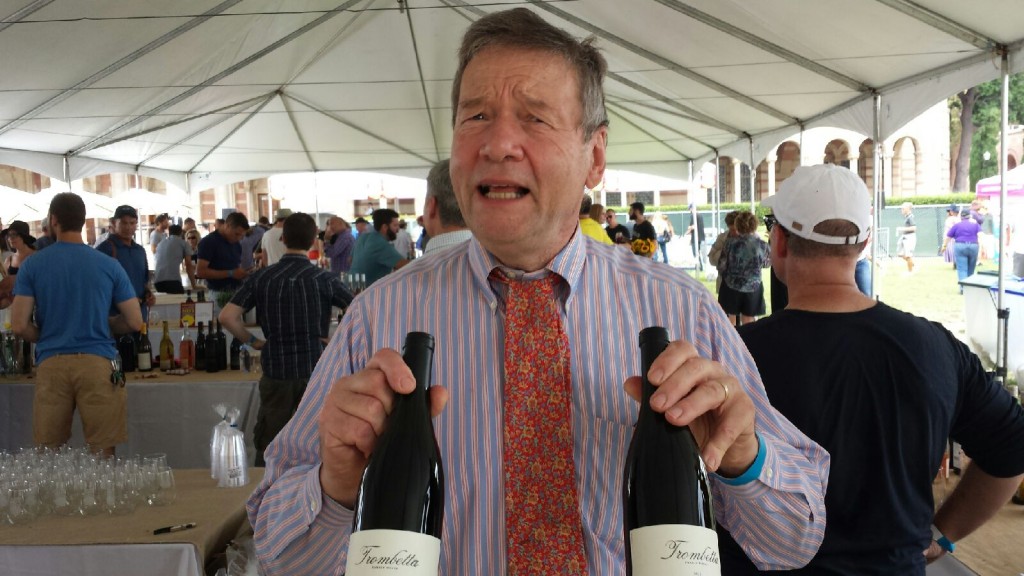 For those don’t know the Alex’s Lemonade story:

“Alex’s Lemonade Stand Foundation (ALSF) emerged from the front yard lemonade stand of cancer patient Alexandra “Alex” Scott (1996-2004). In 2000, 4-year-old Alex announced that she wanted to hold a lemonade stand to raise money to help find a cure for all children with cancer. Since Alex held that first stand, the Foundation bearing her name has evolved into a national fundraising movement, complete with thousands of supporters across the country carrying on her legacy of hope…We’ve raised more than $100 million since 2005 to fund 500 childhood cancer research projects at 102 top hospitals and institutions in the US and Canada.”

LA Loves Alex’s Lemonade is the local event for this great organization. The event, hosted by Chef Suzanne Goin and business partner Caroline Styne of Lucques, AOC and Tavern, and Chef David Lentz of The Hungry Cat , took place again on the beautiful Royce Quad at UCLA.

Superstar chefs based in Los Angeles, along with some from other parts of the country, donate their time and food to this great cause. The list of participants reads like a veritable Who’s Who of culinary wizardry (from the website)…

This provided a great opportunity to try dishes from chefs that you may have heard of but had not yet had a chance to try – excellent for planning your next evening out! In addition, with chefs coming in from all over, there was an ability to try dishes from restaurants you may never get a chance to visit unless you’re on vacation. Really hard to pick favorites here, but some highlights for me were the pozole and fried pig ears from Neal Fraser, lamb ribs tikki masla from Anthony Keene, tomato slurpee with avocado cream from Michael Voltaggio, grilled lamb chops from Nancy Silverton and the veal tartare from Ben Ford.

Of course, there were plenty of libations to accompany the food:

So many to choose from. Especially enjoyed:

and our very own George Skorka pouring the Pinot Noirs from Trombetta.

And while we are primarily wine drinkers, of the cocktails we especially enjoyed Darwin Manahan’s Grilled Pineapple Punch. So refreshing on an oddly kind-of-tropical day in Westwood.

But with all the fun, this was for a serious and important cause. For a brief time during the event, chefs stopped serving and winery reps stopped pouring while Jay and Liz Scott, Alex’s parents, spoke to the crowd about the cause Alex created and how it is being carried on in her name. Very moving, and the crowd was clearly moved into action as the live auction started and thousands and thousands of dollars were pledged for private dinners and the like donated by participant chefs. The live auction itself raised more than $300,000 with the entire event generating more than $1,000,000! Clearly this event, and Alex’s legacy, is in good hands and the good fight is being fought. 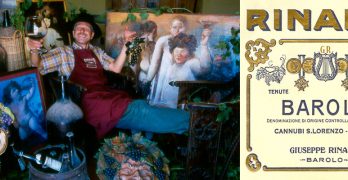 Late last year, during one of our semi-annual cellar clean outs, we came across … END_OF_DOCUMENT_TOKEN_TO_BE_REPLACED