The world-class quality of its signature Cabernet Sauvignon and red Bordeaux varietals are why Wine Enthusiast Magazine named Paso Robles Wine Region of the Year in 2013. And the annual CABs of Distinction event invites the world to discover and gain a ‘boots-in-the-vineyard’ understanding of why Paso Robles continues to win accolades and gain ground on celebrated appellations like Napa Valley and Bordeaux.

“The winemakers here could have gone anywhere in the world, but we all chose Paso,” says Winemaker & Owner, DAOU Vineyards & Winery, Daniel Daou. “And CABs of Distinction is the perfect event to learn why the toughest critics keep saying Paso produces some of the best wine in California, and in the world.”

2016 CABs of Distinction highlights include:

The Judgement of Paso: A double-blind, sommelier-guided tasting of Cabernet Sauvignons from Napa, Bordeaux and Paso Robles.

The Other Cabernet: In-depth exploration of the deliciously complex glories of Paso’s next big Bordeaux-style wine: Cabernet Franc.

Know Your Cab Clones: Learn how to differentiate the different clones of Cabernet in Paso, and how choices in the vineyard are elevating Paso Robles wines.

En Primeur & Current Vintage Tastings: Sample the latest vintages from both the barrel and just-released bottle.

If you’re a member of the media or trade and would like to attend or learn more about the 2016 CABs of Distinction events, contact info@pasoroblescab.com or visit pasoroblescab.com. 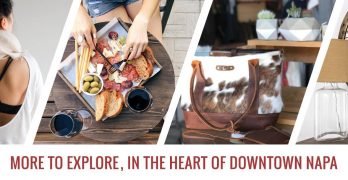