The HALL Cabernet Cookoff will return for its seventh year on Saturday, April 23. The annual event will feature an impressive lineup of both Napa Valley and San Francisco based Chef Teams vying for a chance to win money for a charity of their choice, by participating in a food and wine pairing challenge. 100% of ticket sales benefit Napa Valley non-profit organizations. 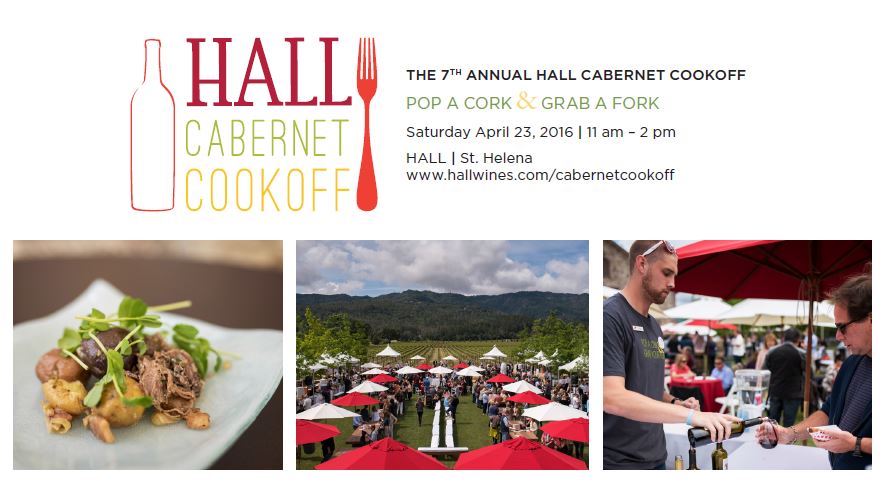 This event is a sampling of Napa Valley lifestyle at its best, says Vintner Kathryn Hall. Guests get to enjoy the most delicious bites from Bay Area restaurants while sipping on our Napa Valley Cabernet. Each year, everyone involved with the Cab Cookoff comes out a winner.

Chef teams involved create seasonal bites that pair well with HALLs signature Cabernet Sauvignon and present it to an all-star panel of judges who vote for two Judges Awards. Chef teams are also judged by guests in attendance who vote for two Peoples Choice Awards. All four awards are announced by Kathryn Hall, who presents checks to the winning chef teams and their selected charities, towards the end of the event.

Additionally, KVONs 99.3 The Vine and on-air personality Good Morning, Bob, will be broadcasting live during the event and feature real time interviews with chef teams, guests and non-profit organizations. Participating chef teams include The Grill at Meadwood, One Market, Harvest Table, The Patriot, Feast Catering, Intercontinental Mark Hopkins, Karas Cupcakes, and more. Sponsor packages are available at the $500, $1,000, $5,000, and $10,000 levels.

The 2015 HALL Cabernet Cookoff drew more than 650 food and wine lovers for a sold-out crowd, and raised $59,000 for local charities. Last years winning chef teams included PRESS and selected charity, If Given a Chance, Capital Dime and charity, Food Literacy Center, One Market and charity, Napa Valley Hospice Adult Day Services and The Grill at Meadowood and their charity, Community Resource for Children. Since inception in 2011, the HALL Cabernet Cookoff has raised $250,000 for charities in and around the Bay Area.