By now you readers are used to these “virtual tastes” from my various tastings. But, in case you are here for your first sip, a media/trade tasting, by definition, allows the wine/spirit maker or winery/spirit representative (rep) the opportunity to “sell” their product by talking about their offerings and pouring a small sample to writers, restaurant owners and shop owners. 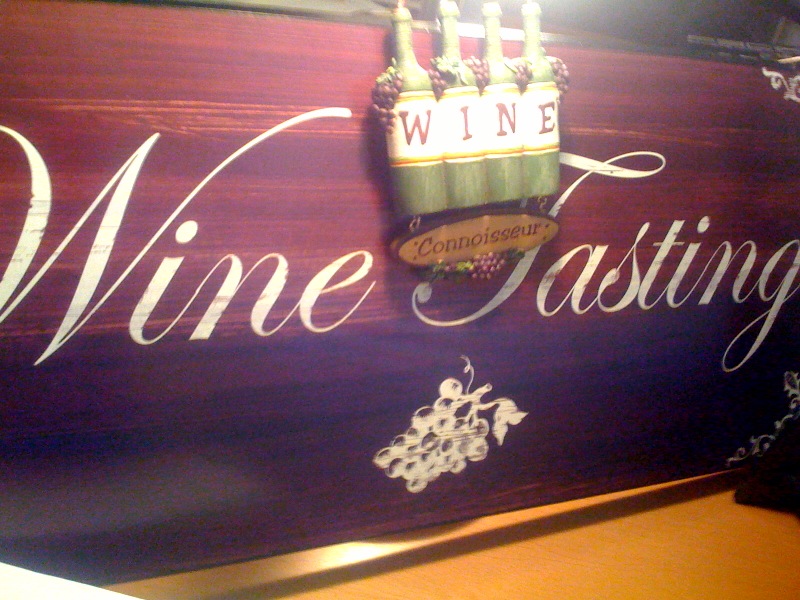 Now, onto some outstanding wines and spirits that were represented at the Henry Wine Group tasting. The total list of suppliers is below this text. I had 236 pages in my Tasting Book. And this time, instead of deciding in advance what to try, I walked over the entire tasting room at the Beverly Hills Hotel and then doubled back to sample just a few, very remarkable, wines and spirits when I saw that the reps were free. Suffice it to say in my three-hour-tour I missed quite a bit but there was no way I could taste for the full five-hours they had invited us for.

Clear Creek Distillery, Portland Oregon (The rest of the strictly spirit category is just below this section.)

Sent over by another rep to try their Grappas, I loved the Muscat for what the rep deemed was a great “starter” Grappa. I was lulled in by the sweetly scented nose, a more traditional taste and a slightly sweet finish. I followed that with their Pinot Noir Grappa and noted, “Gotta have it!” The other liqueur I noted was a new-for-me refreshing Eau de Vie Douglas Fir “tree spirit”. I might have to contact Steve McCarthy, the man behind some of these libations for “further study and review” as they were that amazing.

(The rep explained it was pronounced Don-um and means donation in Latin.) ‘10 Estate Chardonnay, three Pinot Noirs: ‘08 Carneros, ‘09 West Slope and ‘09 Russian River were all outstanding. I was able to make a brief note on the Chard for its creamy nose followed by a balanced acidity and grapefruit on the palate.

It was one of a few wineries that day that I not only knew but also didn’t have a crush of media clamoring, just yet, for a taste. I was able to sample all ‘10 Chardonnays: Sonoma Mountain, Vine Hill and McCrea and the ‘10 Sonoma Coast Pinot Noir. I stepped away from the tasting table and jotted down a couple of notes on the Pinot: aromas of tart black cherries, green fruit…and something that reminded me of a cool breeze off a lake. On the mouth that same tart cherry, green tomato…or something else green and vegetal, a dry finish that left my palate tingling.

Out of Washington, the rep gave me an education on the state’s wines and boasted that his winemakers were experienced and knowledgeable. I enjoyed ‘08 Saggi’s blend of Cabernet Sauvignon, Sangiovese and Syrah, ‘07 Pirouette blend, ‘07 Chester Kidder, 08 Feather Cabernet Sauvignon, ‘08 Pedestal Merlot, and the ‘07 Sequel Syrah with its deep fruit aromas.

I had been to the winery this past year, but the rep gave me a taste of the newly released ‘09 Spring Mountain District Cabernet Sauvignon. Outstanding.

Another winery I was familiar with, so I restricted myself to the latest release, the’ 09 Santa Maria Pinot Noir. Exceptional.

I enjoyed an ‘09 Merlot/Malbec reserve blend. Will keep my eye out for this wine.

A reader had suggested I try these wines when they were offered a couple of years ago at the LA Wine Fest and they did not disappoint. I was equally happy to discover that they still didn’t! I enjoyed the ‘11 Cote de Blanc blend, ‘11 San Luis Obispo Backroads Zinfandel and ‘10 Arroyo Grande Valley Estate Zinfandel.

‘10 Red Shoulder Ranch Chardonnay had a beautiful full-mouth viscosity with flavors of lemon-lime, grapefruit, apple and a touch of minerality (due to some of its fermentation in stainless steel.) I followed that with a ‘09 Merlot that had a mouth full of dark plums, black pepper and a smooth, dry, finish. Next came great fruit in the ‘09 One Point Five Cabernet Sauvignon, a perfect nose and a taste I had a hard time tossing out in the ‘09 Relentless blend of Syrah and Petite Sirah. The final was, a ‘08 Hillside select, I simply described as “stellar.”

I had dinner with Chris Phelps, the winemaker at Swanson, a few years ago and was anxious to re-taste Alexis. Today I sampled and enjoyed the ‘10 Napa Valley Pinot Grigio, ‘08 Oakville Merlot, ‘08 Alexis Napa Cabernet Sauvignon and the Instant Napa Cabernet Sauvignon. The “instant” according to the reps, was supposed to take you to Napa instantly. I liked the subliminal message…and it worked.

Two very affable reps, one was the winemaker and the other the sales rep I believe, were very entertaining, as was the wines I tried: the refreshingly crisp ‘10 Vermintino, ‘10 Moscato Secco, ‘10 primitive and ‘09 Barbera.

One of my top picks for the day was the Vinum Veritas label that included the ‘11 White Elephant Rhone blend, a ‘10 Red Dirt Red Grenache, Syrah, Mourvedre (GSM) blend that proved to be one of my fave GSMs that day, with The Scrapper Cabernet Franc was a close second.

Under the Vinum label alone, with prices under $15 per bottle, I enjoyed the ‘11 Chenin Blanc Viognier, ‘10 Monterey Chardonnay, ‘10 Pinot Noir with its interesting mint-ish nose, ‘08 Merlot, ‘08 Cabernet Sauvignon and ‘09 Petite Sirah.

An Argentinean winery, I liked two Series A: ‘10 Torrontes that I noted for honey and floral notes on the nose with a beautiful full mouth feel of nice acidity and fruit, and the ‘10 Malbec. I had another Malbec, a ‘10 that I noted was “lovely.”

I loved the sweet buttery floral aromas and fruity taste of their ‘11 California Chardonnay.

This was my actual favorite winery of the day and I think it may have been the 10th wine (translates to pretty early in the tasting) I had tried. The three the winemaker brought included an ‘09 Sta. Rita Hills Chardonnay that I found refreshing and steely, the ‘09 Sta. Rita Hills Pinot Noir for its traditional cherry and stem flavors without a ton of alcohol or tannin (things I don’t like that some seem to be reaching for in Pinots) and the ‘09 Sta. Rita Hills Syrah that was both soft and then sturdy on the back palate. Want more.

I saved the few spirits I wanted to taste before my 45-minute forced sit-down to rest before considering the drive home. The spirit tasting was done in small relish-style cups, just enough to whet your palate, with plenty left over – to pour out. Here’s what rang my bell after my palate had been wHined:

The 151-proof vodka was shown with three flavor additives, so mixologists could see how it would lend itself to their own flavored simple syrups. I tried it straight first, and I found it very clean with a little sweetness, with the flavors I found it irresistible: rhubarb, roasted pumpkin and clemencello.

Husband and wife team, Kimberly and Kristian, had a little funny story to tell me about their distillery name: Kimberly had written a song for Kristian called Dancing Pines. If romance has anything to do with distilling, from their town of Loveland, Colorado, these too had blended an outstanding lovechild in their Bourbon. I wished I had tried more…

I met Matteo Meletti (He had traveled from Italy to share his liqueurs) and I for one didn’t miss a single one: a sharp Anisette, lingering Sambuca, new-to-me and very interesting Amaro (herbs and botanicals), thick Cioccolato and refreshing Limoncello. I hope to find these locally, and soon.

I enjoyed their Old Scout Bourbon, Gin and Rye. I especially enjoyed having John Little, the VP and master distiller, there to talk about his products. When he mentioned, “pipe tobacco” in regards to the Bourbon, he had me. I hate when reps tell me what I’m going to taste in their wine, maybe it’s because I just want to find flavors myself, but as a Bourbon-novice, Little’s help was appreciated.

Smooth and easy to drink, I was enamored with some of their marketing ideas: the cap could double as a shot glass and, their Thrive label had additives of vitamin B complex, vitamin C and electrolytes to stave off hangovers!