Santa’s Barbara’s favorite dining destination, The Lark, is recognized by Wine Enthusiast, the Leading Wine Lifestyle Publication, in their sixth annual issue of the “Best Places to Drink Up In While Dining Out” 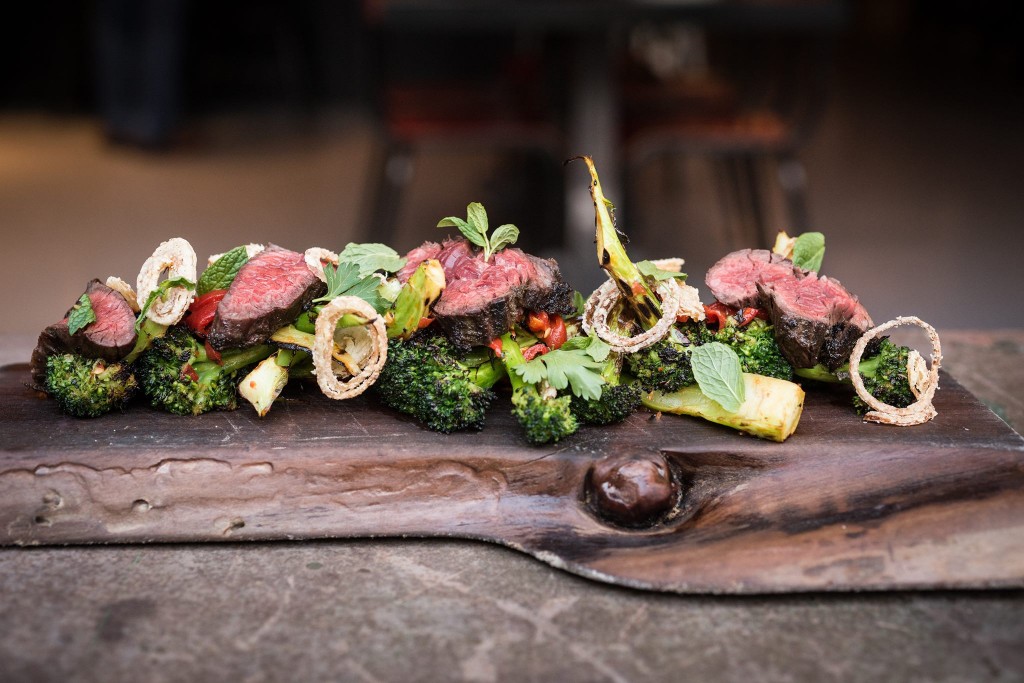 Santa Barbara, CA – The Lark, one of Santa Barbara’s most acclaimed restaurants, is proud to announce it is among the selected group of winners for the annual Wine Enthusiast Magazine’s America’s 100 Best Wine Restaurants of 2016.

As a winner of the “Not to be Missed” category, The Lark was recognized for their outstanding wine program curated by Wine Directors Chris Robles and Vern Kettler. The wine list at the Lark focuses on smaller production wines made with minimal intervention from the winemaker, and which reflect a sense of place. Grape varieties for which the Santa Barbara area is known and their international counterparts are the focus. With few exceptions, all American wines are from Santa Barbara County.Wine Enthusiast editors state that “Chef Jason Paluska’s wine friendly foods are inspired by farmers’ markets—smoked pork belly, for example, might come with roasted berries, pickled summer peppers and candied brittle of fat local almonds.”

The Lark is the only recipient from Santa Barbara this year, and one of 22 restaurants awarded in California, the nation’s center for winemaking.

Each year, the magazine’s team of editors combs the country in search of restaurants that they feel reflect the best, brightest and most progressive wine and food experiences available today.

“This is not a list of the best wine programs but rather a list of restaurants where wine, food, service and atmosphere are all integral to the overall experience – with an emphasis on discovery – much like the magazine itself.”   See this year’s full list online here.

“This is a highly subjective list reflecting Wine Enthusiast’s dedication to not only legendary wine establishments but also those that are reflecting or pushing new and exciting trends in the market,” explains Susan Kostrzewa, Executive Editor of Wine Enthusiast.  “There’s an incredible amount of diversity and experimentation happening with wine in the restaurant space right now and our list reflects this variety – from small lists that are redrawn every day, to massive tomes that reflect decades of cellaring – and similarly, the food ranges from an upscale hot dog hangout in New York wine country to the peak of fine dining.”

Categorized by special features and trends rather than by a ranking system, this year’s 100 Best Wine Restaurant List includes 24 “Classics,” restaurants at least a decade old that continue to be on the forefront of the national wine and food conversation as well as 17 “Grand Openings”. Open since the beginning of 2015, these spots are already enriching their communities and influencing the national scene.

Other categories include “Tasting Menus” (restaurants that exclusively offer a chef’s choice tasting menu); “Great Glass Programs” (restaurants with exceptional by-the-glass lists); “Laser Focus” (eateries whose wine lists are narrow in focus, and whose staff has deep knowledge and expertise in those areas); “Steakhouse 2.0” (innovative steakhouses challenging conventional dogma around wine-and-meat pairing); and lastly “Not to Be Missed,” restaurants who simply defy category.

Additional editorial highlights include joint Chef and Sommelier Q&A’s, exclusive recipes, observations and passions of several influential wine directors, a separate stand alone story highlighting “Under the Radar Food Cities,” and exclusively for online, restaurants’ “riot dishes” — dishes that could cause a riot if they dared take them off the menu.

To commemorate the release of America’s 100 Best Wine Restaurants List and the annual August Restaurant issue the entire Wine Enthusiast team will gather on Monday June 27th at Marta Restaurant (a 2016 Best Wine Restaurant) in Manhattan for an invite-only party from 7:00pm-9:00pm. The party will toast and honor recipients of this year’s prestigious awards and celebrate the exciting era of wine, dining and hospitality taking place in America today.

Prior to the party, for the second year, Wine Enthusiast will host a 45-minute press panel, also at Marta starting at 6:00pm. The panel will engage in a lively conversation between three of the nation’s most esteemed wine and food professionals (all are recipients of a 2016 America’s 100 Best Wine Restaurant Award). Panelists include Eric Zeibold (chef/owner, Kinship), Jordan Salcito (Beverage Director, Momofuku Group) and Jack Mason (Wine Director, Marta).

The Lark pays homage to the history of California train travel and the maritime industrial past of our neighborhood the Funk Zone. Located in an historic warehouse built in the 1920’s, the original commercial fish processing plant owned by the Castagnola family shipped their seafood products throughout the state by rail. With an imaginative yet approachable menu created by the gifted Jason Paluska, The Lark celebrates everything found around Santa Barbara County – wineries, farms, ocean and natural beauty. The stunning design strives to connect the past and the future, using discovered vintage objects and blending them with modern, urban and industrial materials to spectacular effect. The Lark’s accolades include OpenTable – 2016, 2015 and 2014 Top 100 Hot Spot Restaurants in America;  Zagat – 10 Reasons to Drive to Santa Barbara; AFAR – How to Do a Foodie Weekend; USA Today – 10 Best Romantic Dining in Santa Barbara; Santa Barbara News Press 2014 Best New Restaurant; Santa Barbara Independent 2014 Best Funk Zone Hot Spot; and Gayot.com – 2015 Top 10 Restaurants with the Best Food in Santa Barbara.