The seminar was informative and tasty. The lunch was a lot of fun and tasty as well. But now Karen and I were ready for the main event. 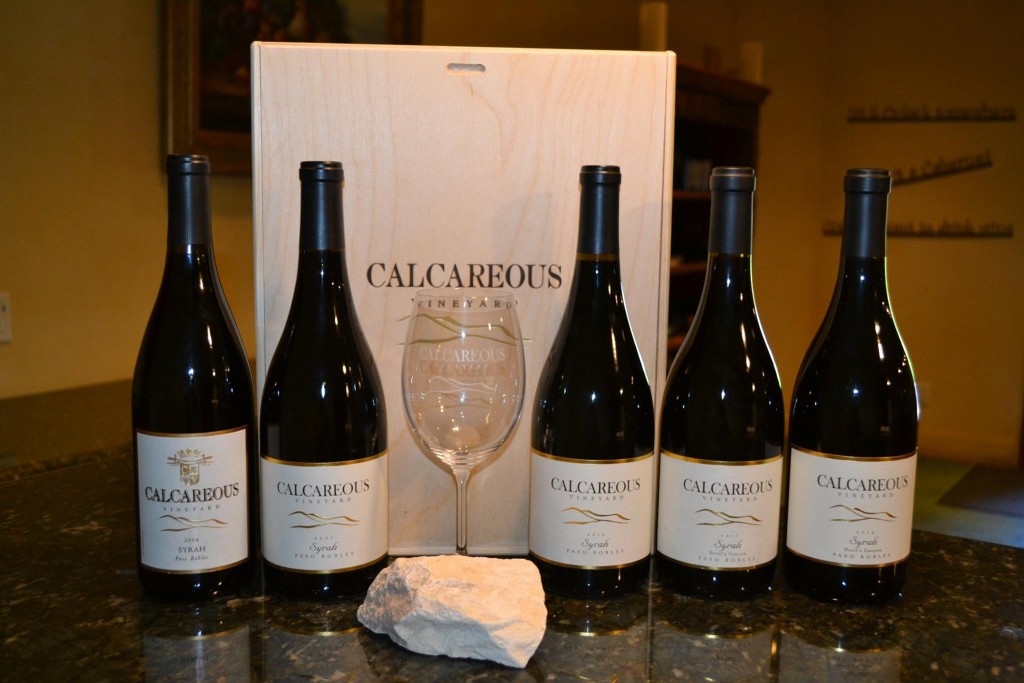 Held in Herscher Hall, the size of the room and the layout of the tasting tables made for a very comfortable and enjoyable experience. For a tasting event of this magnitude, it often helps to have a plan, and I try, but ultimately I seek out a few that I am especially interested in and then just bounce in and out where I see openings at tables. At this event in particular, you can’t go wrong as the quality is always extremely high overall. I skipped some wineries on purpose as I had tasted them recently and many I just couldn’t get to due to time constraints and “palate fatigue.” But I did accomplish the twin goals of tasting great wines and having fun.

Of the wines I tasted, here were my favorites…

[Please note that by now I was only tasting red wines.]

Bonny Doon Vineyard – I wrote a lot about this winery at the beginning of this article, but still have a little bit to say. Enjoyed everything I tasted at Randall’s table – 2011 Le Cigare Volant Red Blend, 2011 Le Cigare Volant Reserve Red Blend, 2014 Clos de Gilroy Grenache, 2014 Old Telegram Mourvedre, 2011 Bien Nacido Vineyard “X-Block” Syrah and the 2013 Le Pousseur Syrah. A big thank you to Bonny Doon Director of Sales Keith Shulsky for the taste of the 1990 Old Telegram, which showed how well Mourvedre could age.

Calcareous Vineyard – the Tres Violet [Syrah, Grenache and Mourvedre] and the Moose [Syrah and Petit Verdot] are typically my favorites from this winery. The 2013s were being poured this time – they were both outstanding. I picked the Tres Violet as my fave, barely.

Cass Vineyard & Winery – Ted Plemons was stealing the show as usual, but he couldn’t over shadow the wines he was pouring. Especially liked the 2014 Mourvedre.

Chacewater – I’ve become a fan of this winery fairly recently. The 2013 Syrah, 2012 Petite Sirah and 2010 Astel Petite Sirah were all very tasty. As an added bonus, these wines are extremely well-priced.

Epoch Estate Wines – Full disclosure here – I’ve been buying these wines since their first release. I had no real reason to taste them at this event, except I knew they would be really good so what the heck, right? And I was right…2012 Ingenuity Red Blend and 2013 Estate Blend were both outstanding.

Four Brix Winery – it was nice to see Gary Stewart and taste his wines. Especially enjoyed the 2011 and 2012 Rhondezvous Blends. Both were made from Paso Robles grapes and for some reason evoked in me a fond memory of visiting Paso in a more relaxed time back before the wine industry really took off. Very nice.

Kale Wines – Tasted Kale’s Grenache based wine at the seminar; it was a pleasure to taste the two he was pouring at the Grand Tasting. The 2013 Kale Home Run Cuvee from the Kick Ranch Vineyard was outstanding and the 2013 Kale Broken Axle from the Stage Coach Vineyard was even better – my favorite of the day!

Ridge Vineyards – the Ridge wines are always good, but a real eye opener for me was the 2014 Carignane from the Buchignani Ranch. I had to ask if it was 100% Carignane as I don’t think I’d had one that rich before it – it was.

Rock Wall Wine Company – I haven’t seen winemaker Shauna Rosenblum in some time; I expect her young family is keeping her very busy. While the tasting table might not be as entertaining when she is not there, the wines are just as good as ever, especially the 2012 Le Mur de Roche Petite Sirah.

The Withers Winery – based in Santa Rosa, the grapes for these wines were from El Dorado in the Sierra Foothills. Cooler climate and lighter in style, I recommend the 2013 Ruben Mourvedre Blend and the 2013 Mr. Burgess Syrah Blend.

Two Shepherds – I wasn’t planning to taste at William Allen’s table this time, as I had tasted his wines at Hospice du Rhone in Paso Robles and most recently at the Garagiste Event in Los Angeles. But, when he told me he had an orange wine for me to try, I couldn’t help myself – I’ve become a fan of orange wines of late. If this is a new term for you, let me try to explain at least what my understanding of them is, which may or may not be 100% accurate. Wines generally get their color from the grape skins, not the color of the juice. White wines are typically made from juice with little or no skin contact. Wines made from grapes traditionally used for white wines but made with extended skin contact will have a slightly orange hue to them, hence the term. They also have a level of complexity which I enjoy. In this case, it was the Two Shepherds 2013 Centime, a miniscule 35 case blend of 66% Grenache Blanc, 17% Marsanne and 17% Roussanne, fermented with skins and stems. Excellent wine.

Thanks to the Rhone Rangers and the participating wineries for putting on a great event and for finding an excellent venue in the Skirball. Hopefully, this will be the home of the event for years to come.