BEVERLY HILLS, California – The Toscana Restaurant Group confirms their new and fourth concept – Nerano – will open mid-November, 2016 in Beverly Hills. Nerano, located at 9960 South Santa Monica Boulevard, Beverly Hills, is strategically positioned adjacent to the Peninsula Hotel, the soon to open Waldorf Astoria and the 40-story luxury residential tower Ten Thousand. This emerging neighborhood bridges Beverly Hills to Century City with a multitude of businesses, offices and talent agencies. The Toscana Restaurant Group own and operate the legendary Toscana and Bar Toscana, both located in Brentwood, and S.Y. Kitchen in Santa Ynez, California.

Nerano is the vision of owners Andy Brandon-Gordon and Carlo Brandon-Gordon’s many trips to the Amalfi Coast where they became inspired by the temperate climate, the pure simplicity of the coastal cuisine and the inviting Italian culture. In combining their individual talents with a virtuoso team of culinary and creative professionals, they are fulfilling their vision of a stunning contemporary space matched with exquisite dishes and welcoming service they discovered in the village of Nerano. The restaurant is a personal ode to their favorite spot on the coast.

The Brandon-Gordons have assembled a formidable team of talent. In the kitchen is Executive Chef Michele Lisi. Italian trained in the culinary arts, Lisi’s resume includes work with Chef Gualtiero Marchese of Rome and at Vincenti in Brentwood where he worked under the talented Chef Nicola Mastronardi.  Behind the bar is the award-winning mixologist William Perbellini, responsible for the innovative cocktail program at Bar Toscana. Wine Director Emily Johnston of The Toscana Restaurant Group curates the wine list, which features an exciting collection of Amalfi wines alongside other classic Italian and California labels.  New to the Toscana Restaurant Group is General Manager Nick DiLullo. A hospitality veteran, DiLullo brings his years of experience as a restaurant consultant and long-time manager at both the acclaimed Plumpjack Goup and Bix in San Francisco.

Nerano’s graceful two-story 4000 square foot design is imagined by Belzberg Architect Group who has developed the space into two alluring interiors. Located next door to the fashionable Maison Margiela boutique, Nerano features a 75-seat downstairs dining area and full bar; upstairs there is another spacious bar with 40 seats of lounge dining. Guests enter Nerano by a discreet side entrance off Santa Monica Boulevard, drawn in via an inviting exterior landscape by Rios Clementi Hale Studios. Tim Clarke’s interior showcases the bar which flanks the cozy dining room accentuated by custom lighting and selected artwork by notable contemporary artists. The downstairs features a glass-enclosed display kitchen offering a clear view where guests can observe the chefs crafting their dishes. Upstairs, the color palette of saddle and vintage Ferrari red creates a dramatic and theatrical room, which promises to be an instant classic, reminiscent of Bemelmans Bar at New York’s Carlyle Hotel or Bar Hemingway in Paris. Here one can comfortably lounge on pub couches and bar stools and sample the menu, sip on Perbellini’s perfectly mixed cocktails or share a great bottle of wine.

With Nerano, The Toscana Restaurant Group begins the next chapter in their hospitality history. Toscana, the first of the restaurants, quietly opened in February 1989 by first-time restaurateurs Kathie and Mike Gordon who dreamed of creating an Italian trattoria in their own neighborhood, where friends and family could come together to eat simple, delicious food they found in Italy. The next generation of the Gordon family promises that Nerano will deliver the same acclaim for their convivial ambiance and consistently high standards of food, beverage and service that Toscana and sister operations Bar Toscana and S.Y. Kitchen are known for, from Los Angeles to Santa Ynez, California.

For updates on the opening the public can soon visit: www.neranobh.com 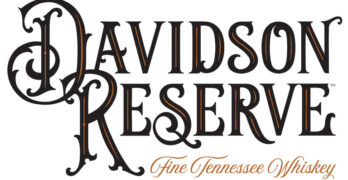