On the cusp of its 100th anniversary, Riboli Family Wine Estates’ founding winery is only one of five wineries in the United States to be nominated for this prestigious award. 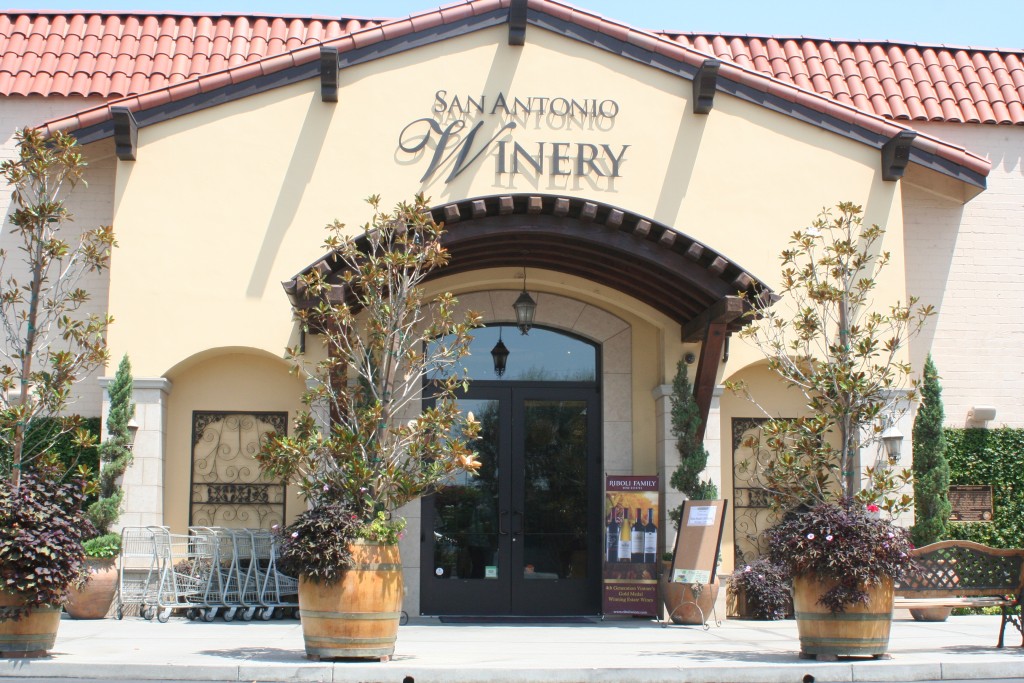 Paso Robles, Calif. – Riboli Family Wine Estates is proud to announce its founding winery, San Antonio Winery, which was established in 1917, has been nominated for the 2016 American Winery of the Year Award by Wine Enthusiast.

In the nomination, Wine Enthusiast cites San Antonio’s creativity, the Riboli family’s rich history and calls it a leader on the forefront of California winegrowing and winemaking.

“My entire family is deeply honored to be nominated for American Winery of the Year,” says fourth-generation family Winemaker, Anthony Riboli. “I am especially excited since the nomination occurred on my grandfather’s 95th birthday! This nomination is especially timely and significant for us since San Antonio Winery will celebrate its 100th anniversary in 2017.”

Founded in Los Angles in 1917, the Riboli family survived Prohibition by making sacramental wine, and as a result San Antonio continues to be the only fully operational winery in the metropolis. This same innovation and vision is what allowed the family to see the world-class potential in Paso Robles and Monterey, where they have been sourcing grapes and establishing vineyards since the 1980s.

Just recently, Riboli Family Wine Estates celebrated the Grand Opening of its new environmentally-friendly winery in Paso Robles, which will serve as the production home for the family’s portfolio including San Antonio Winery, San Simeon, Maddalena, Opaque, and others.

“We are tremendously proud of our Los Angeles roots,” says Anthony Riboli. “And we are equally proud of growing our presence in Paso Robles and Monterey. Our family has been committed to these two burgeoning regions since the early 1980s, and we work tirelessly to innovate both in the vineyards and with our winemaking.”

The winners will be announced in the Wine Enthusiast’s special “Best of Year” issue (December 31st Issue), and honored at a black-tie gala in Miami on Monday, January 30, 2017.

ABOUT SAN ANTONIO WINERY & RIBOLI FAMILY WINE ESTATES
Established in downtown Los Angeles in 1917, San Antonio Winery, founding winery of Riboli Family Wine Estates, continues a proud heritage of winemaking in Los Angeles and Paso Robles that spans four generations of the Riboli family. The family’s commitment to producing award-winning wines has included investing in vineyards in California’s most prestigious regions, including the Rutherford AVA of Napa Valley, Santa Lucia Highlands and Arroyo Seco AVAs of Monterey County and the El Pomar District and Creston AVAs of Paso Robles. Most recently the Riboli Family has been committed to growing its presence in the award-winning Paso Robles wine region, opening a state-of-the-art winery in 2016. Follow San Antonio Winery and Riboli Family Wine Estates on Facebook, Twitter, and Instagram, or visit SanAntonioWinery.com and RiboliWines.com. The award-winning wines in the Riboli Family Wine Estates portfolio can be enjoyed at their three tasting rooms located at: 2610 Buena Vista Drive in Paso Robles, CA; 737 Lamar Street in Los Angeles, CA; 2802 S. Milliken Avenue in Ontario, CA.