Before I start, as I often do when infusing an article with foreign [to me] words, I make a conscious decision to not use diacritical marks – I’ve kept the book title correct but that’s about it. I apologize if this is offensive to anyone. I also take full responsibility for any misspellings. 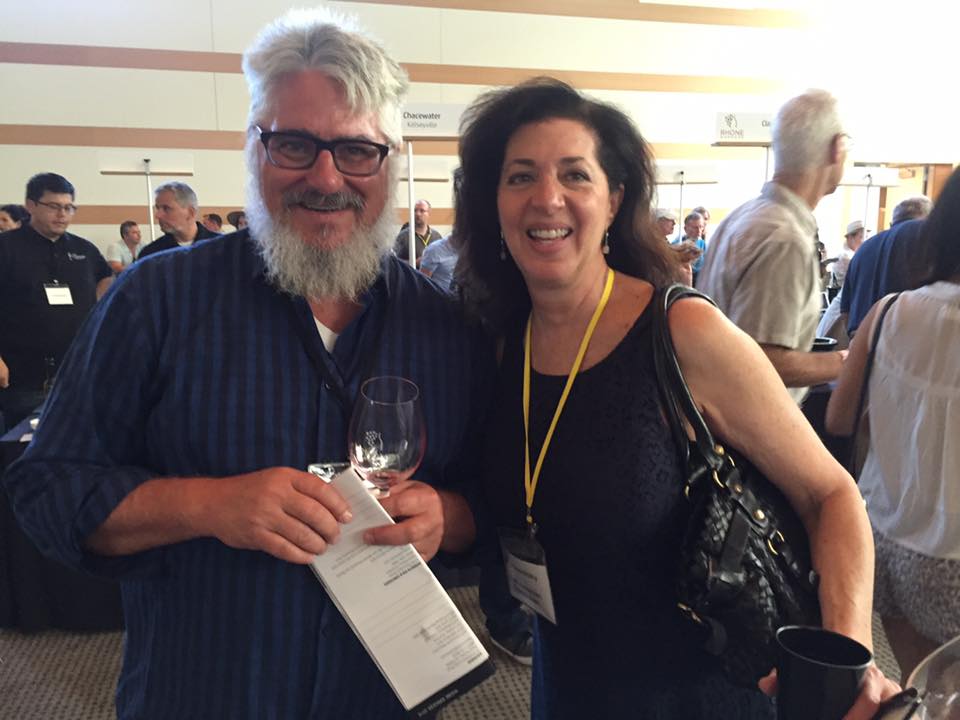 I rarely write book reviews. I have a backlog of books that I’ve been wanting to read but just don’t seem to get to. So, by the time I read them, writing about them would be really more in the way of book reports than book reviews.

That being said, once in a while I come across a book that I feel is so important that it deserves your immediate attention. I think the last one that I felt fit this category was The New California Wine by Jon Bonné.

Admittedly, I am biased.

My wife Karen and I started out on our own American Rhone journey back in the 80s – that’s 1980s, by the way. At that time, we were first introduced to wines produced in the US using grapes that, while grown here, have their origins in France’s Rhone valley. For reds, think varieties like Syrah, Grenache, Mourvedre and for whites examples are Grenache Blanc, Roussanne and Viognier; there are many others making up almost two dozen in all. Our entrée was Bonny Doon’s Le Cigare Volant and from there we found Alban, Qupe and many others. In our quest for more of these delicious wines we’ve traveled up and down California, finding favorites mainly in the Central Coast and Sonoma County, but great ones throughout the state. We’ve attended Rhone Ranger events since they started and recently were fortunate enough to attend the Hospice du Rhone event in Paso Robles. American Rhones, along with Zinfandel [had to get that in] have been instrumental in driving our wine passion.

But with all my own experiences with these varietals, my knowledge was limited to these experiences. Patrick Comiskey’s American Rhône gives me context as to how my experience fits into the big picture.

And a big and glorious picture it is and Mr. Comiskey documents it beautifully and in great detail.

Of course this isn’t Comiskey’s first rodeo [with a nod and a wink to the cover of the book as well as a shout-out to the now iconic Wines Spectator cover photo of Bonny Doon’s Randall Grahm in full Rhone Ranger garb]. From the information I was provided: “Patrick Comiskey is a Senior Correspondent for Wine & Spirits Magazine…He is a regular contributor to the Los Angeles Times, and is a founding contributor to zesterdaily.com. His work has appeared on Wine Review Online, as well as in the San Francisco Chronicle, Food and Wine, Bon Appetit, Decanter, Lucky Peach, and the Robb Report...”

Subtitled “How Maverick Winemakers Changed the Way Americans Drink” the book presents the full story of the growth of the American Rhone movement, tracing its roots back to the 1960s and American culture’s embracing of possibilities, although some plantings of Rhone varieties in California greatly precede that decade.

Throughout the book, Comiskey provides enough inside stories and anecdotes that the reader feels like a fly on the wall observing some of the key moments in American Rhone history, such as…

The first varietal-labeled Syrah in California was the 1974 vintage from Joseph Phelps. [Coincidentally, thanks to my publisher Eve Bushman, we recently had a 2007 Phelps Syrah that was outstanding.]

Gary Eberle got his first Syrah cuttings from Curtis “Doc” Alley of UC Davis and did not smuggle them into the US on his own as has been so often reported, by myself included.

Bob Lindquist of Qupe initially did not want to plant Syrah in the Santa Maria Valley’s Bien Nacido Vineyard because it was too cool for the grapes to ripen. We’re all glad he decided otherwise.

These stories are just a few from the first part of the book. There are so many that to reveal more would do the author and reader an injustice. Suffice it to say that Patrick Comiskey has done an incredible job of telling the story of Rhone varietals in America. This book is a keeper. You’ll enjoy reading it cover to cover and it will be a great reference guide as well.

Fortunately for the reader, one does not have to a have a prior background in American Rhones. All the information is right here. It would make a great holiday gift for the wine lover in your life. Or just buy it for yourself for your own American Rhone journey. 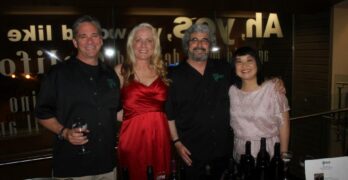 Back in 2009, or maybe even a bit earlier, I had an appointment with our … END_OF_DOCUMENT_TOKEN_TO_BE_REPLACED