So is it worse to be forgetful or ignorant?

When I knew I was going to be meeting with Brad Slaughter, General Manager and part owner of The Blaq Square, the first question I wanted to ask him was the origin of the name of the restaurant.

[The second question was going to be if he was related to pro wrestler Sgt. Slaughter, but that would have been just silly, right?]

But, I forgot to ask. So, I emailed Brad right after our interview asking him to explain the name, and he immediately responded: 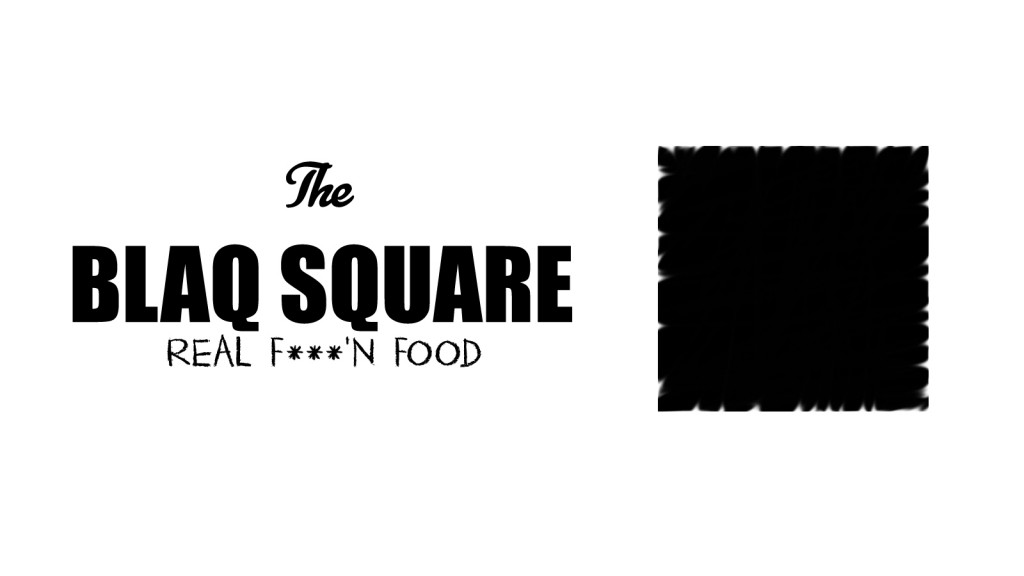 “The name is inspired by the famous painting called “The Black Square” by Kazimir Malevich. It’s very unique, eclectic, rustic and inspires thought. That’s exactly what we wanted for our restaurant.

The spelling Blaq is to give a chic name to match our brand and creativity.”

Well, dear reader, I hope you are a little better versed in art than I am. In retrospect, yes, I had heard of the painting [I’m gonna stick with that], but that’s about it. Some internet research led to some fascinating stuff, but I will leave that to you to do on your own. This article is supposed to be about The Blaq Square restaurant.

But, the name does make sense in the context in which Brad explained it. The restaurant, Brad said, is a fusion gastropub, but the fusion is not of cuisines, but “of preferences.” While the menu is 50% vegan, and there are many gluten-free choices, there are also lots of items that would satisfy a carnivore such as myself.

When Karen and I ate there the first time, I ordered The Sober Irishman sandwich, described as Corned Beef, Beer Mustard, Whiskey Onions, Red Cabbage and Carrot Pepper Slaw on a Brioche Bun. While these days I am trying to really only eat half portions, gosh darn if I couldn’t help myself with this sandwich. So good.

The selection of burgers and other items look just as enticing. [Speaking of burgers, Brad heavily suggests trying a burger made from Beyond Meat plant protein. While I admit the idea initially held little appeal, Brad’s description makes me want to give it a shot.] The rest of the menu is a selection of small bites and sandwiches, in keeping with the gastropub motif, along with several different pizzas made in the pizza oven that the predecessor occupant of the premises left behind.

The availability of the pizza oven was a major influence on Brad and his partners’ [including Owner/Partner/Executive Chef Nate Malonson] ability to effect the transition from the previous tenant to The Blaq Square in what has to be record time. Even then, getting things ready in only three weeks for their opening on December 8th last year seems pretty amazing, given all the work that was done to the interior of the restaurant. Brad said that they have really focused on a philosophy of doing things to “provoke thought” and “increase creativity”. This attitude shows not only with the interior of The Blaq Square and the food items but also carries over into the drink selection, both alcohol and non. Having high quality choices, sourced organic and locally whenever possible [they even grow they own herbs] and with input from what customers are asking for, with an assortment of shakes, juices and teas, along with lots of craft beers, many of them local. And the wines…local favorites including Pulchella and Reyes highlight the list, along with some standouts from Paso Robles and beyond are sure to appeal to a wide range of wine lovers.

Brad says the community has really embraced The Blaq Square, which is great to hear. Online comments bear this out. It’s good to see a place like this in the Santa Clarita Valley, to join the small but growing group of independently owned restaurants – definitely worth checking out.

Did you miss me? My blogs over the past two weeks were “Vintage Eve” articles as … END_OF_DOCUMENT_TOKEN_TO_BE_REPLACED