Limerick Lane, while it has been around for a long time, really burst onto the scene when Jake Bilbro acquired the property in 2011 from the Collins Family. The story of the timing of the escrow closing coinciding with bringing in harvest and then the destemmer breaking down is legendary enough that the annual Limerick Lane Hail Mary Syrah is named after it. 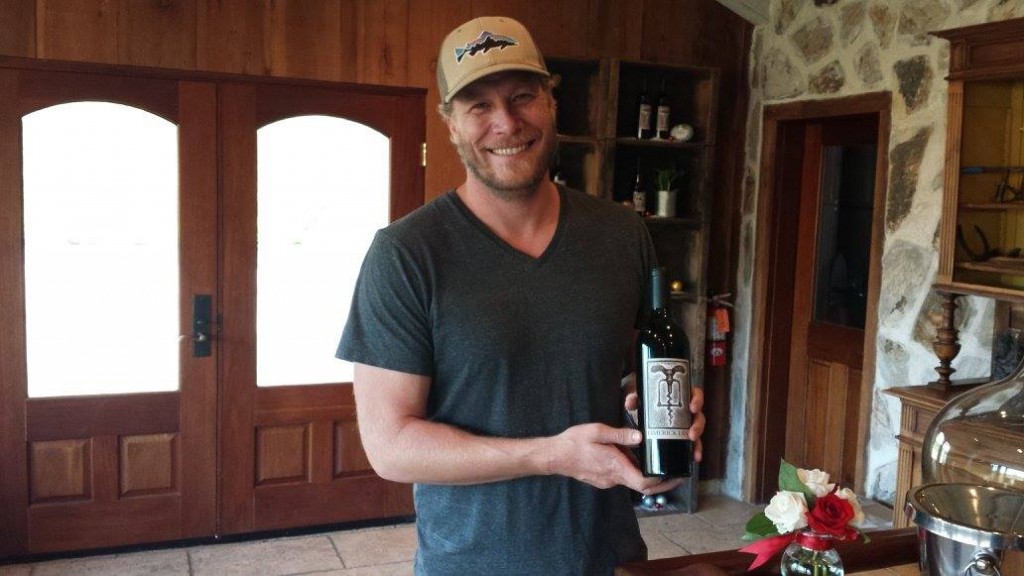 Bursting on the scene is what happened though, with immediate recognition from major wine publications that continue to happen, maybe even at an accelerated rate. Not unexpectedly though, as making great wine seems to run in Jake’s family. Starting with Marietta Cellars, which Jake’s dad Chris named after his great aunt, Jake and his brother Scot have long worked with their father to make delicious affordable wines that everyone can enjoy, growing the winery to 100,000 cases.

[Jake’s other brother Sam, who also worked with father Chris, owns Idlewild Wines, devoted to Italian varietals – I am looking forward to visiting during my next trip to the area. Yet another brother, Lucas, did not get bitten by the wine bug and pursues his own passion as a ballet dancer.]

When Karen and I last visited with Jake, there were not many wines to taste. Success will do that, especially when you are a small winery of only about 4,000 cases. I asked Jake if he planned to expand production given the demand for the Limerick Lane wines, especially with his involvement in last year’s Historic Vineyard Society event and his obvious connection to the great vineyards the organization works to protect. Jake respond that he greatly respects the work that people like Mike Officer of Carlisle and Morgan Twain-Peterson of Bedrock are doing with regard to preserving and sourcing from California great old vineyards. However, notwithstanding the fact that these guys all sell a certain amount of grapes to each other, showcasing the special nature of the Limerick Lane vineyard and the wines it produces is his driving passion and that will be the focus of his time, at least for the foreseeable future.

The vineyards actually consists of fourteen blocks, the oldest dating back to 1910. The Zinfandel blocks are true field blends that also include Alicante Bouschet, Peloursin, Negrette, Mourvedre, Carignane, Syrah and Petite Sirah.

The Russian River Valley sprawls over a large area, and Limerick Lane is at the Northeast corner of it, with hills providing southern and western exposure. The soil is clay and rock, with the clay holding water and the rock providing space for the vines to dig deep. Cool nights and foggy mornings keep the acidity high and the wines vibrant while the warm afternoons allow the development of intense flavors.

Initially planted by the Del Fava family, the property was later purchased by the Collins Brothers in the 1970s. When Mike Collins was ready to sell, he wanted the property to be in good hands, which is why he approached Jake Bilbro. Escrow closed just the day before harvest in 2011. And, to complicate matters, as harvest was wrapping up a few weeks later, the winery’s destemmer broke, with 7 tons of Syrah still to crush. With rain on the way, Jake threw a “Hail Mary” and dumped the grapes, stems attached, into two open top fermenters and hoped for the best.

Personally, I love the complexity that stem inclusion can bring, especially to Syrah. And the Hail Mary bottlings from Limerick Lane live up to this trait. From that year on, Jake has made a Syrah labeled Hail Mary to pay homage to that first vintage. We got to taste the 2014 during our visit and it was great as always.

2014 Russian River Zinfandel – from the original vines planted over a hundred years ago. Not your ordinary Zin, the field blend aspect makes this is a complex delicious wine.

2014 Syrah Grenache – it was the 2011 version of this that I raved about along with the RR Zin when I attended Sonoma In The City back a couple of years ago. This continued that tradition.

1910 Block Zin [2014] – You’ll rarely see specific tasting notes from me, but in this case it was just too obvious; it was just like fresh blueberries! Wonderful wine!

2014 Rocky Knoll Zinfandel – another field blend, with Mourvedre and Petite Sirah that give this wine wonderful structure.

These wines get very high scores from the wine publications. Production is small and the wines are very hard to find outside of the tasting room or the mailing list.

I asked Jake what he would like people to know about Limerick Lane. This would have been a perfect opportunity to talk about their great wines and brag about all their great scores and accolades. Instead, he said “Tell them that we’re really nice people. We’re small so we can’t have a lot of people stop by all at once so visitors have to make appointments. But we really do want to see them.”

Go see them. There should be new releases to taste, but don’t wait too long.

See photos of our visit to Limerick Lane and others from our trip here: Sonoma County Series.

KINGSPORT, Tenn. /PRNewswire/ -- For over six years, Wine Nook has sought to … END_OF_DOCUMENT_TOKEN_TO_BE_REPLACED