When Karen and I plan trips to Paso Robles Wine Country, I tend to wax nostalgic. Having been visiting wineries there for almost 20 years, I often look at the past through rose colored glasses [or is that rosé?]. 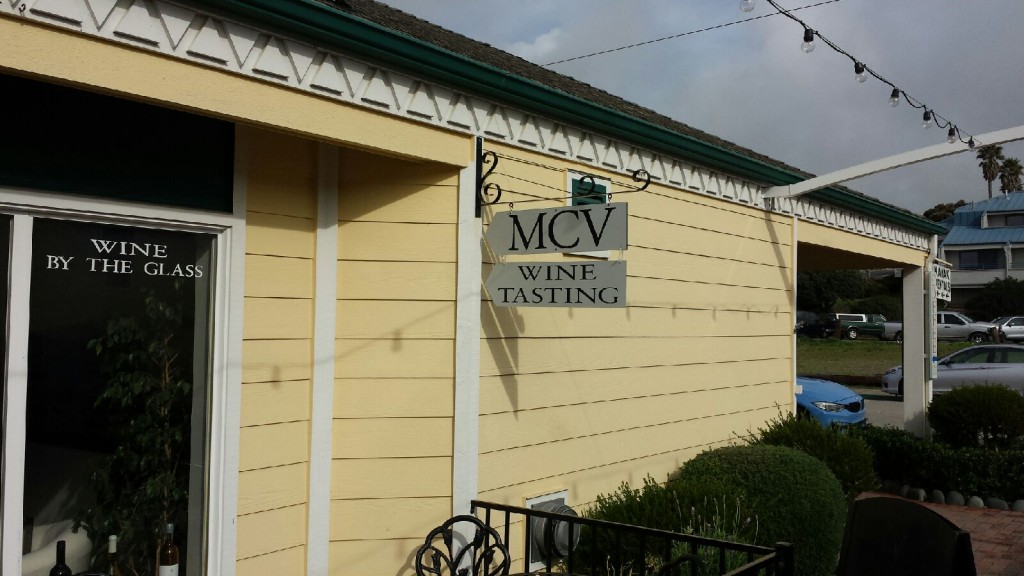 Admittedly, I do kind of miss the days when Paso was our little secret to introduce to our friends. Trying to recreate the feel of those experiences is as much [or maybe even more] about the people that we know there as it is about the wine.

So, when we went back up to Paso Robles earlier this year, it may come as a surprise that we didn’t even start out tasting in Paso or the surrounding hills. Instead, we skipped the fairly short although borrrrring drive up the 5 and across the 46 and opted for the 101 to 1 route, with our destination to visit Matt Villard, owner/winemaker of MCV Wines.

The only other time we had visited Matt was in 2014. At that time, he was somewhat of a new kid on the block on Limestone Way in Paso Robles. Since then, he has moved his winery tasting room to the Morro Bay Embarcadero where he joins a few other wineries and wine bars in providing great wines to serious wine drinkers as well as the crowds that frequent Morro Bay at any given time.

Matt has great people working with him in the MCV tasting room. But the real treat is when Matt is there himself. He’s a lot of fun to hang out with and, should you be so inclined, is more than happy to “geek out” with you on the technical aspects of winemaking.  And he knows his stuff, being justifiably proud of the abundance of 90+ scores he has received for his wines and for the other wineries for whom he is consulting winemaker.

Also, Matt old me that “we’re starting to do private tastings in the Paso Robles area for smaller groups.  If anyone is interested they should call our tasting room.”

Some of the highlights of our tasting…

2015 ALV Sauvignon Blanc from the ONX vineyard, made in a “New Zealand” style and meant to be consumed very cold.

2013 Syrah – from the Glenrose Vineyard, this wine kind of blindsided me. At first, it just tasted like a really good Syrah. But as I continued to taste, the wine seemed to have a visceral effect on me. I don’t know if it triggered some memory that I couldn’t identify, but there was something about this wine that I really really liked, a lot.

Matt started MCV to focus on Petite Sirah, so we finished the tasting with two of those – the 2014 Petite Sirah and the 2014 Rosewynn Vineyard Petite Sirah. Matt explained that the latter was treated more like a Cabernet Sauvignon in the winemaking process while the former was more traditional. Both tasted excellent to me.

Matt also said that the 2016 vintage should be a benchmark vintage for Paso Robles. I am really looking forward to seeing what Matt and others do with the 2016 wines when they are released.

KINGSPORT, Tenn. /PRNewswire/ -- For over six years, Wine Nook has sought to … END_OF_DOCUMENT_TOKEN_TO_BE_REPLACED