For most of my wine drinking life I’ve espoused the belief that my favorite wine experiences are one-on-one situations with the winemaker, often of a fairly low-budget operation sharing his or her creations with me, sometimes while standing at opposite ends of a barrel or out in a vineyard. I’ve tended to avoid the high end fancy facilities where I’ve worried [sometimes justifiably] that the money went into the architecture and not the wine. 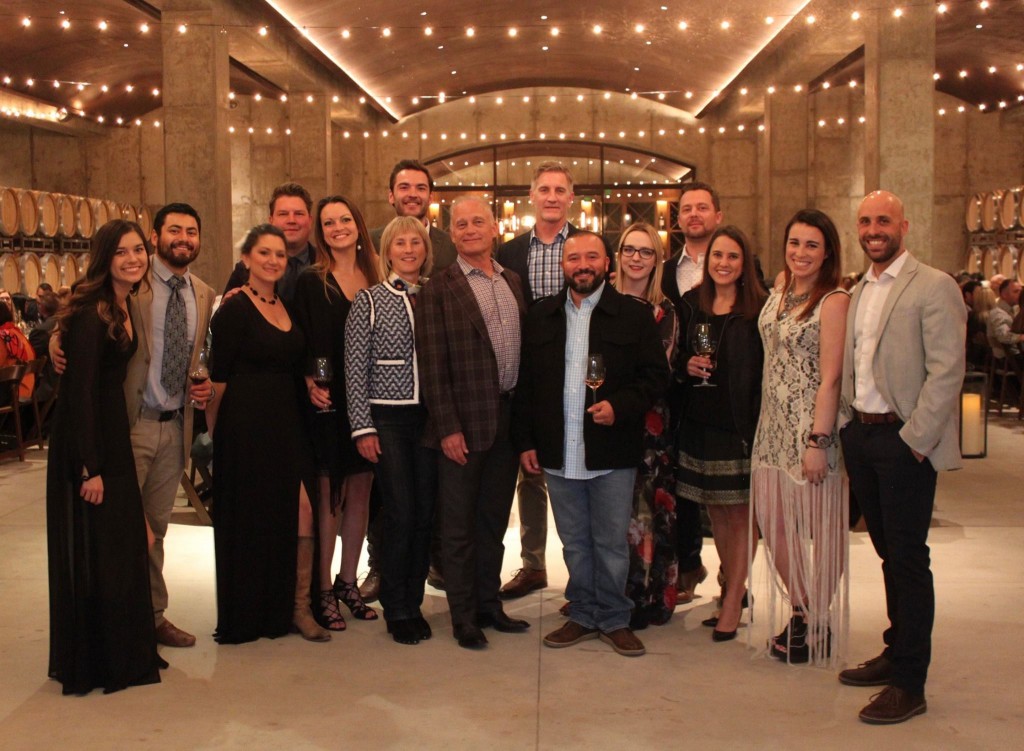 Law Estate Wines continues to shatter that belief on a regular basis.

We first tasted the Law wines at the Ojai Wine Festival a few years ago. Winery General Manager Oliver Esparham was pouring their first vintage and we – especially Karen – fell in love with the Law Wines. I still remember Karen rushing up to me and telling me “You need to try Law – especially the GSM blend!” She was right; the wines were great. I had no idea what this winery had in the works though.

Not too long thereafter, we found ourselves meeting once again with Oliver, this time at the under-construction winery in the soon-to-be-named Adelaida district of Paso Robles. It had now become pretty clear that this was going to be one of those fancy wineries. Yet, I couldn’t really complain, as the wines were definitely awesome.

Let’s look at how they got that way.

Don and Susie Law followed their passion for Rhone wines from their home in Colorado to Paso Robles, which is known for producing some of the best American Rhones. As geologists, they knew the right soil when they found it, and they built the winery and tasting room to match what they knew were going to be extremely high quality grapes coming from their estate vineyards. Add to the mix a true superstar winemaker in Scott Hawley as well as a group of some of the best winery employees you’ll find anywhere, and the outcome is no surprise.

Earlier this year, we had occasion to visit the winery and taste some of their current releases. [Note that tastings are by appointment and there is a $20 charge for tasting. Also note that the $20 charge is waived if you join the Allocation – and why wouldn’t you?]

We tasted the following…

Never easy to pick a favorite here, as all the wines are truly delicious. Karen’s continues to be the Sagacious blend. I tend to lean toward the complex flavors of the Beyond Category but ultimately I’m a sucker for the Intrepid 100% Syrah.

A month or so later, we had the pleasure of attending LAW’s Black Label Release Dinner.

To explain a little, LAW has two sets of labels, White and Black. The White Label wines are released in the Fall and if you buy enough [12 bottles in total at least] you get the opportunity to purchase the Black Label wines when they are released early the next year. Now I haven’t noticed a huge qualitative difference between the two labels, at least for my palate; I’m just a big fan of all the LAW wines.

That is not to say you shouldn’t buy the Black Label wine too, as there is no reason not to buy all that Law has to offer. And, the perks are pretty good too, such as being able to attend this dinner [which filled up so quickly they had to add a second one].

Held in the barrel room, the menu for that evening was…

Not surprisingly, everything was delicious and the wines and courses were perfectly paired to highlight the nuances of each. The big standout for me was the Prima with the duck, but that’s not really surprising given my fondness for both.

I almost forgot to mention that before dinner there was a social hour with appetizers and more great wine, including the debut of the 2015 Soph blend of Roussanne, Marsanne and Clairette Blanche.

Lots of happy people that evening. At this kind of event, attendees quickly become friends. And the gentleman next to me said: “This is the best wine event I’ve ever attended.” [He was also happy to be sitting next to the “other Michael Perlis”, but that’s a story for another day.]

And speaking of people, it would be very easy for the Law owners and staff to match the fanciness of the winery. But there were no “airs” evident. The Laws are gracious and approachable, as is Scott Hawley. Over the last few years, I’ve gotten to know the aforementioned GM OIiver Esparham as well as Tasting Room Manager Adelaida Pitts and Sales and Marketing Manager Arnaud Fabre. This visit we got to chat with Cellar Manager Pedro Vazquez, whose enthusiasm is infectious. Without them, and the rest of the Law team, being who they are, the wines would probably still be great but the experience wouldn’t be what it is. 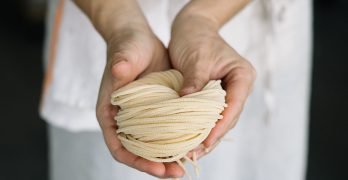 Creating and running Semolina the past six years has taught me a lot, but … END_OF_DOCUMENT_TOKEN_TO_BE_REPLACED