Questions of Technique: the Beginning of Thinking 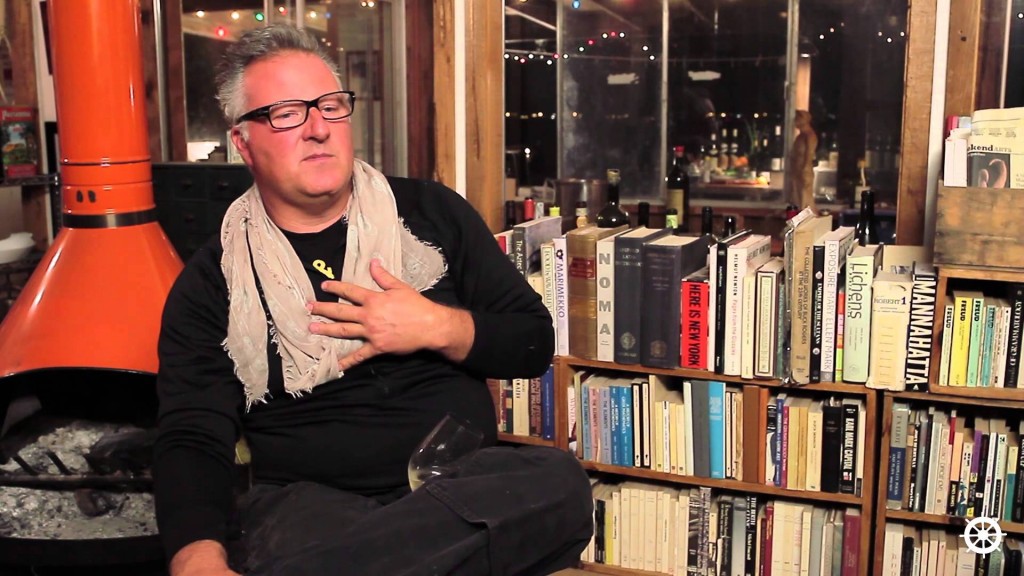 The first bottle is a white wine from 2004. He makes only two wines, one red, one white. The white, 100% Chenin. Six years in barrel before bottling, then, in the case of this wine, four more years before release. Robert asks about skin contact (Xavier speaks no English, I translate as best as I can). No skin contact. We discuss the press regime and fermentation for 30 minutes. In great detail. He uses an old champagne press with a capacity of about 500 liters– very small, and exactly the same capacity as our presses at Tenbrink. A typical day during the white harvest has the following rhythm: wake up, harvest as much fruit as the press will hold, bring it back to the winery (“where do you do the work?” I ask, pointing to the overgrown yard and the complete absence of what we would call a crush pad. “Where you can,” he says with a smile). Load the press. Begin pressing. Go past midnight. Adjust the pressure. Assess. If all seems good, go home. Sleep, wake, return to the winery, release the pressure, break up the grapes (“Whole cluster?” “Yes. We do not crush or destem anything”), re-apply pressure, go harvest fruit, return, unload the press, begin the cycle again. They work with about 3 vineyards typically but make 3-4 passes in each vineyard. There could be a dozen days of pressing; sometimes a little more, sometimes a little less. They break up the cake of compressed grapes only once and gently. He wants as little friction and trituration as possible. There is no breaking up of the fruit on the way into the press or in the press as we do (“makes the fermentation too fast,” he explains. “Oh yes, how fast? What counts as a rapid fermentation for you?” “Three weeks.” Ah, that is rapid. What is the optimal time for you?” “A few months . . . . A year.” “Ah yes, we call those ‘French Fermentations.'” He smiles.)

They do not protect the juice at any stage from oxygen; they do not settle. They do not make press fractions. In general, they consolidate fermentations; there is no multiplication of differences. At the beginning of his winemaking, he used a little SO2. Now, no sulfur is used at any point.

Xavier has the aim of extracting what he calls “matière” from the grapes. He means something like a complex of tannins, phenolics, and aromatic compounds. More on this below. But he does not want sensible tannins, or roughness, or what he calls “rusticité.”

The wine ferments and ages in neutral oak vessels of various sizes. Originally all 220 liter, now many 400 liter. There is no stirring ever, no racking until bottling, topping only every few months if at all. I get the impression that he tops from other lots of younger wines, but I am not sure. Nothing is ever inoculated; the winery in which he has made most of his wine was originally created in the 11th century. As far as he knows, commercial yeasts have never been used in it; nonetheless he has no illusions about the source of his microbiology. He does everything he can to cultivate the microbiology of his vineyard, and to translate as much of it as possible to the winery– but, if I understand him correctly, he thinks that this comes in in the composition of the grapes, not as microbial passengers on the skin of the grapes. There is no hot water or soap or other disinfectants in the winery. Originally, he burnt sulfur mined from the earth in the barrels but he does this no longer.

This discussion, as I said, took about 30 minutes and was easy and casual. It was much more a discussion than an interview. Xavier listened carefully to my account of how we work at Scholium and I took pains to draw precise distinctions between his methods and ours. None of this meant anything to him. He clearly has his own paths (“The wine must reflect the ‘mentalité’ — the thinking– of the winemaker”; but more on this too) and, as far I could tell, was only interested to hear how we worked because he likes other human beings, not because he cares how anyone else makes wine. When I quoted him above on the “thinking of the winemaker,” he clearly did not mean something like it was his job to impose his thinking on the grapes– rather, there is no way for the thinking– the whole thinking, metaphysical, physical, religious, sentimental– no way for this NOT to affect the wine– so better to be clear and conscious about it. 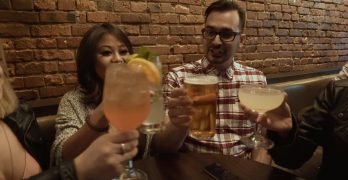