Brännland Cider is just getting ready to bottle it’s 5th vintage of ice cider. The 2016. We started out in a basement five years ago with three 15 litre plastic fermentation jars and apples picked from the gardens around the village. This year we will be handling upwards of two-hundred metric tonnes of apples. We’re still a small producer but the expansion has certainly been quick.
buy zoloft online https://salempregnancy.org/wp-content/languages/new/zoloft.html no prescription

And still, cider-making is about embracing slowness. Time is your greatest friend and your biggest enemy and so the first five years have been fast and slow. 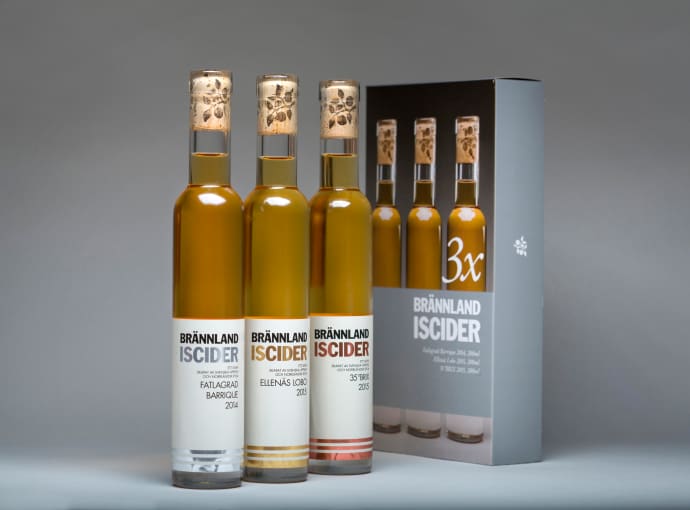 The pace of our development can be seen in blog-posts, press releases and social media. All activities by which anyone outside a business like this measures forward movement. On the inside it seems as if we’ve absorbed and acted on immense amounts of new knowledge but in truth we’ve only started to chip the block of learning with like a toothpick. That’s where it gets slow. Because making cider in a serious way you only get one shot a year. Any and everything you want to change or discover is always at least 12 months away. And you wait, and you hope that that which you’d like to change is the right thing. But you won’t know until at least another year. Or more.

Very few people believed in this idea, the idea that Swedish apples could produce a sweet cider that could rival the best sweet wines in the world, and there are still moments when we feel that producing cider that is good enough to compete in the fine wines business and breaking into that business is frustrating and seemingly hopeless.

But then, if you stop, and take stock, you realise what’s been achieved. And it’s quite something. From a couple of hundred bottles to show to friends in the Swedish food and wine business in 2012 to bottling 40.000 bottles this month (June 2017) alone. From an idea into a budding, growing business reaching well beyond the borders of it’s home country.

In the weeks to come we ship out ciders to new territories, to cider and wine enthusiasts in the US, Switzerland, France, Norway, Denmark, Belgium, The UK, Germany and beyond and we’re hoping that you’ll follow our journey as it progresses. Brännland Cider recently won two trophies at International Cider Challenge, confirming that we hold our own in a larger context. We’re very proud.

So, this might be the moment to pull off the highway, buy a cheap cup of gas station coffee, maybe light a cigarette if you’re so inclined, and watch the other cars go by, checking the map to see how far you’ve come and what the next stretch of road might be.

One thing we need to do is to tell our story anew. Not only to the people that have tasted and come to love our ciders in the years since we started but also to ourselves.  Why did we start Brännland Cider and what is it that we do?

Earlier this spring the newly started Scandinavian division of CNN:s Great Big Story published a short story documentary about our origins and where we aim to go with Brännland Cider.

This Great Big Story captures the essence of our journey and our future in a few minutes as well as having a few cool drone-shots of me walking in knee deep in snow. We’ll be publishing more material and texts in the months to come but this is where we’ve decided to start. In the cold harsh north, where nothing is supposed to grow and where you certainly shouldn’t be able to make a world class dessert wine.

Haven’t done a “round-up” article in a long time. That’s where I ask pals on … END_OF_DOCUMENT_TOKEN_TO_BE_REPLACED