Bordeaux – The upturn in the value of world wine consumption is set for a record global market value of $224.5 billion by 2021, forecasts Vinexpo/IWSR in its annual forecasts for the wine and spirits sectors. 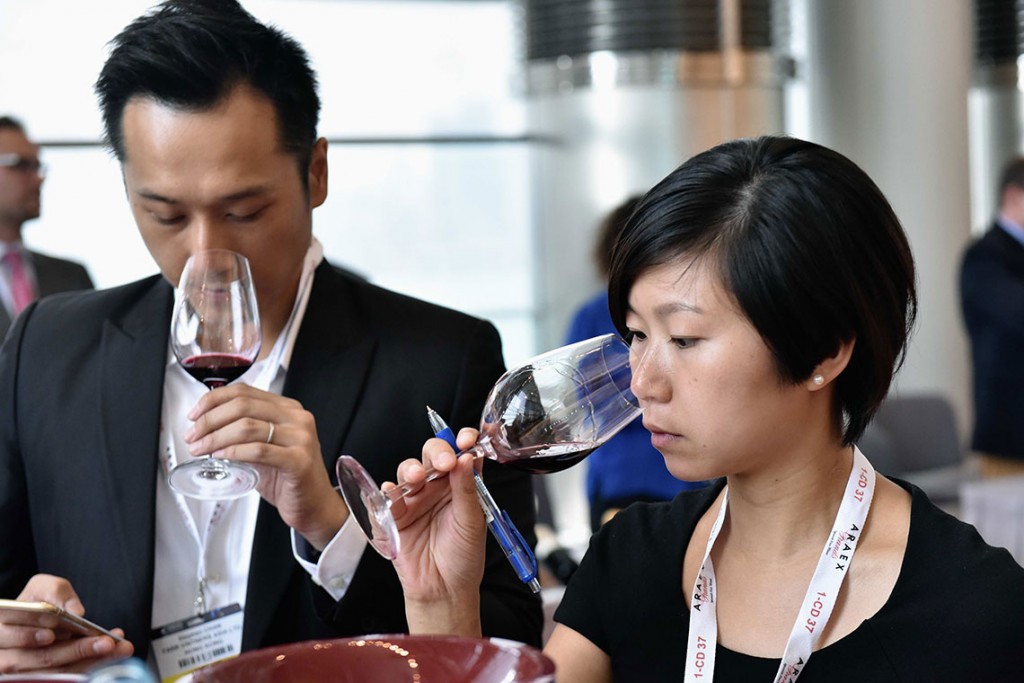 A  comparison  of the  ten years  from 2011 to 2021 shows  that  the  value of the world  wine  market will grow 40% to reach volume sales of 2.66 billion 9-litre cases. Driving the recovery are the USA and China, the world’s two most powerful economies, whose joint growth in wine consumption offsets declines elsewhere, notably in Europe.

Over the next five years, China will become the world’s second largest market for grape wine behind world leader, the USA. Chinese consumption is expected to rise by over one third to $23 billion over the next five years when it will reach volume of 192 million cases. By comparison, in 2016 a volume leap of 8 million cases pushed the value of the Chinese wine market to $15.24 billion (growth driven almost exclusively by still wine).

A number of other factors for growth range from a global love of sparkling wine, a clear global trend towards premium brands, and strong sales of whiskey.

Sparkling wine is forecast to grow by an average 2% year-on-year to 2021, driven predominantly by North America, but also showing strong growth in the UK and Asia-Pacific countries such as Australia, Japan. Those two countries helped to push sparkling wine in Asia-Pacific to a total value of $2.79 billion in 2016 for 9 million cases. By 2012 that figure is forecast to rise to $3.73 billion (15.8 million cases).

Prosecco  will  outstrip  other  major  categories  such as  Champagne and  Cava by 2021 when  world  Prosecco  consumption is  set  to reach  40 million cases. In the UK, the world’s largest sparkling wine importer, Prosecco is an outstanding success. Nonetheless, the USA is expected to show the most growth in consumption of Prosecco by 2021, while remaining number two behind the UK.

Champagne’s shift in focus from Europe to emerging markets looks set to accelerate. Europe’s share of global Champagne volume is forecast to have decreased by 4 percentage-points by 2021, from 80% recorded in 2016.

In keeping with the trend to “drink less but better” premium wines are forecast to drive global still wine consumption. The premium segment – wines selling for between $10 and $20 – is forecast to grow by over 60 million cases during this period. Standard brands ($5-$9.99) will grow just short of 32m cases, and super-premium-plus just short of 5 million cases. The biggest losses will fall below $5, where the global category is expected to lose 75 million cases.

In spirits, too, premium price points are generally performing better than value, with mainstream standard brands developing at a healthy rate.

Whisky is expected to perform particularly well, especially Scotch and US whiskey, and to a lesser degree gin and tequila. This development broadly reflects the premiumisation trend with premium-and-above segments growing the fastest. The US and China will drive global growth of  premium-and-above  spirits.  Combined,  they  are  expected to  add  30 million cases in  these price segments,  compared to a net gain of  46 million cases globally.

Meanwhile, the power of the Asia-Pacific region and the role of Hong Kong as a major business hub is highlighted by projected regional growth over the next five years from $29 billion in 2016 to $40.8 billion by 2021.

Guillaume Deglise, CEO of Vinexpo commented, “Since Vinexpo began tracking world data so many years ago we have witnessed the remarkable rise of the Asia Pacific region and its massive contribution to growth of the wine and spirits sectors. Being in Hong Kong since 1998 is a winning strategic choice that Vinexpo offers to its clients”.

The 20th anniversary of Vinexpo Hong Kong exhibition will take place from May 29 to 31, where 1300 exhibitors from 28 countries will showcase their products to an expected 18000 visitors.

About Vinexpo
Vinexpo organises wine and spirits events for industry professionals acting as the sector’s international partner since its establishment, in 1981, on the initiative of Bordeaux Gironde’s Chamber of Commerce and Industry. Through its 35 years B2B experience the Group has developed an in-depth understanding of the market, as well as establishing strong relationships with key distributors across the world. It runs exhibitions in five set locations (Bordeaux, Hong Kong, Tokyo, New York and soon Paris), and one touring show (Vinexpo Explorer). Vinexpo thus covers the three continents with the highest consumption rates, and continues to be the market leader for wine and spirits events as the go-to forum for producers and buyers. The Group is expanding with two new exhibitions in New York (2018) and Paris (2020) and with Vinexpo Explorer (held in Austria in 2017) scheduled to take place in California in September 2018. Vinexpo’s successful expansion strategy is marked this year by the 20th anniversary celebration of its pioneering establishment in Hong Kong, in 1998, of the first ever wine and spirits exhibition in the region.

This would be the second year of discovery for us: attending the Mutual Trading … END_OF_DOCUMENT_TOKEN_TO_BE_REPLACED