U, Moldova (PRWEB) CHIȘINĂ – Over 300 people, including athletes and sports enthusiasts, took part in “Cricova Wine Run 2018”, a one-of-a-kind event celebrating its third year of existence. Participants ran a 10 km course and reached depths of 100 meters (330 feet) in the underground galleries of the famous Cricova Winery, near the Moldovan capital, Chisinau. 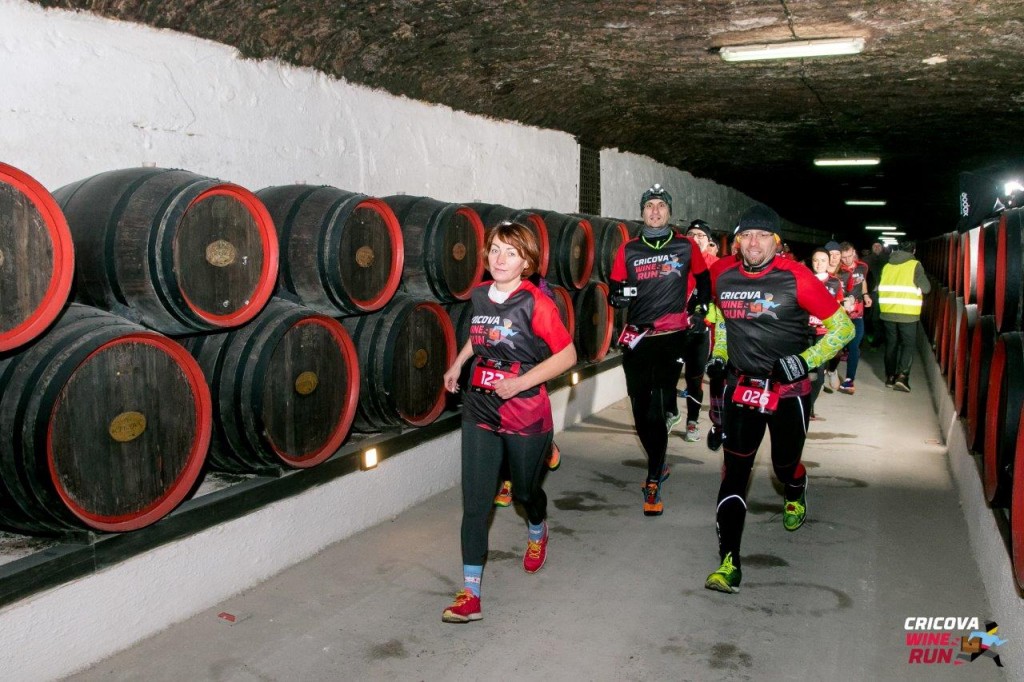 Cricova is an important part of Moldova’s cultural and national heritage, and is a symbol of its thousand-year-old winemaking tradition. Hundreds of underground “streets” cover a distance of over 120 kilometers within the limestone hillside, forming a unique underground city that hosts Cricova’s wine production. Cricova is famous worldwide, especially for its sparkling wines and wine storage facilities, the National Wine Collection, the wine collections of famous world leaders, a Wine Museum, and five underground tasting rooms. This major attraction welcomes over 70,000 visitors each year, drawn by opportunities for wine tourism.

“Cricova Wine Run 2018” race participants were cheered along the galleries by traditional folk groups, musicians, and traditional artisans. At the finish line, the runners were rewarded with a “Masa Mare” (“The big table/feast”) – a traditional feature of every major Moldovan holiday, bringing together food, family and friends. At the “Masa Mare” the athletes enjoyed traditional Moldovan dishes and had a glass of mulled wine.

Despite the freezing winter weather above ground, Cricova’s cellars maintain a stable temperature of 12-14°C (54-58°F) all year round, making them perfect not only for wine storage, but also for hosting cultural and sporting events during the winter months. This competition breaks the stereotype that running races cannot be held in the region during the cold season, where temperatures may drop as low as -20°C (-4°F).

The second result was recorded by a guest from US, Clayton Strycker from Chicago, with an overall time of 39 minutes and 28 seconds.

“Cricova Wine Run 2018” was organized by the social organization Sporter and Cricova Winery, with the support of the Moldova Competitiveness Project (MCP). MCP is funded by USAID and the Swedish Government, and supports the development of Moldova’s wine and tourism industries.

This year’s edition of “Cricova Wine Run” took place under the aegis of Moldova’s tourism brand “The Tree of Life” and the national wine brand “Wine of Moldova. A legend alive”, and is part of an international program dedicated to promoting Moldovan wine and Moldova as a wine tourism destination. In addition to promoting sports, a healthy lifestyle and a thousand-year-old wine-making tradition, “Cricova Wine Run” has great potential to attract foreign tourists to the Republic of Moldova, and could become a flagship international event.

“Cricova Wine Run” began on January 31st 2016, and takes place every year on the last weekend of January.

Efforts to promote the Republic of Moldova as a tourism destination were consolidated in 2014 with the launch of the national tourism brand “The Tree of Life”, backed by an international marketing and promotion strategy. The “The Tree of Life” brand embodies traditional cultural values and represents the Republic of Moldova’s tourism offer, which comprises opportunities in cultural, rural, wine and soft adventure tourism.

National Geographic also lists Moldova as one of its “10 Places That Deserve More Travelers” because it “gained international attention for its burgeoning wine trade”. (https://www.nationalgeographic.com/travel/lists/2017-places-that-deserve-more-travelers/)

“Wine of Moldova” – a leading Moldovan national brand
The launch of the national wine brand “Wine of Moldova. A Legend Alive” in 2014 marked an important milestone in the Moldovan wine industry’s efforts to redefine itself. The industry is implementing dramatic reforms and diversifying its export markets to fight the consequences of two consecutive trade embargoes imposed by Russian Federation. Since its launch, and due to consistent efforts to promote Wine of Moldova internationally, almost 70% of Moldova’s bottled wine is now exported to new, non-traditional (non-CIS) markets, including Europe and China.

Wine plays an important part in Moldova’s culture and traditions, as well as a major role in the economy, accounting for 5.3% of exports, 2% of the GDP, and contributing to the employment of over 200 thousand people.