FORT BRAGG, CA –  The 34th Annual Winesong — a spectacular weekend of award winning wine, fabulous food, fine art & music, and charitable giving produced by Mendocino Coast Hospital Foundation – will take place on the Mendocino Coast on Friday, September 7 and Saturday, September 8, 2018. Winesong has just announced key honorees at this year’s event: Wine pioneer Dan Duckhorn, Founder and Board Member of Duckhorn Wine Company, has been named the 2018 Honored Vintner, and local artist, winemaker, and baseball enthusiast Tom Rodrigues has been named the 2018 Artist of the Year. 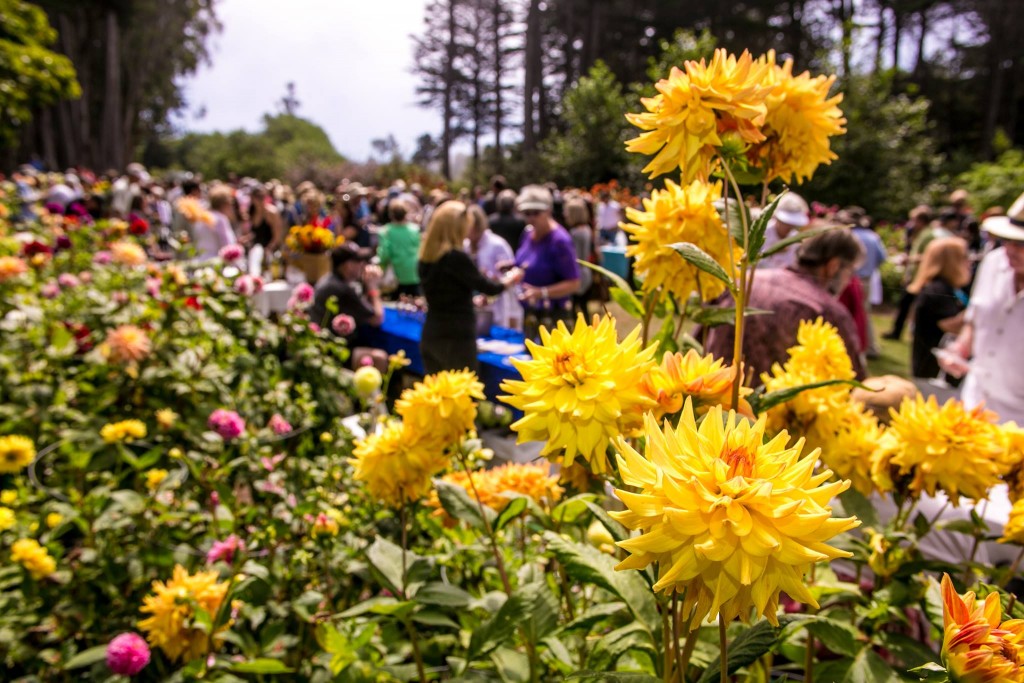 Winesong is thrilled and honored to feature two staunch supporters of its annual event. Dan Duckhorn has been supporting Winesong for over two decades in both the Grand Tasting and Live & Silent Auctions with his brands Duckhorn, Goldeneye, Migration, Paraduxx and Decoy. Tom Rodrigues has also supported Winesong for decades with his art and his wines, and this year as he celebrates 50 years as a glass artist, he was the clear choice as Artist of the Year. Both Dan and Tom have generously given of their time and talent over the years, and each has a storied career.

Accomplished doesn’t begin to cover Dan Duckhorn and his illustrious career. Over the course of four decades, Dan Duckhorn has been a leader in the Napa Valley wine community. A native of northern California, Dan earned his master’s degree in business administration in 1962 from the University of California at Berkeley. Through the course of his early career, Dan held managerial positions at major companies before becoming president of Vineyard Consulting Corporation (VCC) in 1971, in what would provide a turning point in his life.  After learning much about terroir and grape growing, and taking a life altering trip to France, Dan and his then wife Margaret, along with a small group of friends co-founded Duckhorn Vineyards in 1976. Dan chose Napa Valley as the ideal area for producing quality wines with depth and character. He made the pioneering decision to focus his passion and resources on the production of a world-class Napa Valley Merlot – a premium stand-alone Napa Valley Merlot.

The first Duckhorn Vineyards harvest in 1978 consisted of 1,600 cases in two bottlings. Proving Dan’s belief that great wines begin in the vineyard, 1978 turned out to be an excellent first vintage partly due to a wonderful growing season. Under Dan’s leadership the winery spent over 35 years proving that Duckhorn’s commitment to quality and excellence is real. In 1988, Dan began leading Duckhorn through a period of careful growth and worked to create an estate program bearing a continuous supply of the finest fruit. Dan also diversified Duckhorn Vineyards’ parent company, Duckhorn Wine Company, to include Paraduxx, Goldeneye, Migration and an expanded Decoy line.

Dubbed “Mr. Merlot” by Frank Prial of The New York Times, Dan is a highly respected leader in the wine industry. As to his involvement in Winesong, Dan says, “Winesong is one of the most elegant wine events of the year. It’s the marriage of some of the California’s best wines with one of the state’s most beautiful locations in support of a very worthy cause.”

Tom Rodrigues is a passionate guy with a wide range of interests. While most people know Tom as the vintner at Maple Creek/ARTEVINO, Tom’s first love was art, and this year marks his 50th year as a glass artist. He began at age fourteen as an apprentice at a stained-glass studio in his hometown of Los Gatos, California. Before graduating high school, he started his first business, Sunrise Stained Glass Studio, creating a full spectrum of commissioned glass pieces from Art Nouveau lampshades to full installations in churches and residential panels. He relocated to Marin County, opening his own studio. In 1980, he was recruited as the designer and production manager for the stained-glass studio for Skywalker Ranch, Lucas’s film complex. Perhaps his most famous painting series shows another love for America’s greatest pastime —baseball. A trunk full of baseball memorabilia from Hall of Famer Smokey Joe Wood’s son inspired a series of 30 paintings of the game’s best players. This collection was first exhibited in a first-of-its-kind performance and conceptual art show on the field of Candlestick Park in 1993, “Legends at the Stick”. This series was also featured in Sports Illustrated.

With his roots in Art Nouveau stained glass designs, designing commercial art and wine label design for wineries in the Napa Valley became the next evolution of his passion. Tom’s signature style and utilizing gold inlay in the printing process became the iconic look for the Far Niente family of wineries, including Dolce, Nickel and Nickel, EnRoute, and Bella Union. “Being named Artist of the Year was such an honor and an amazing way to celebrate 50 years of being in the business. I decided to make my commission piece – titled “The Wave” – for Winesong in stained glass, because for me that’s where it all started.”

Wander through the lovely Mendocino Coast Botanical Gardens while enjoying samplings from world-class wineries from Mendocino, Sonoma, Napa, and beyond as well as beer, spirits, and ciders; plus food bites from nearly 50 local and regional artisanal food purveyors. The tasting is accented by numerous musical groups performing a variety of styles including jazz, classical, blues, calypso and folk rock.

The cornerstone of Winesong weekend is the Charity Auction, featuring both a silent and live auction.  Nearly 200 lots will be on offer, featuring spectacular wines from the world’s most prestigious wine producers, rare vintages, large format bottles and special vertical and horizontal collections (including a Pahlmeyer vertical), as well as original art from acclaimed California artists and highly coveted international and domestic vacation packages, including another spectacular 10-day trip to South Africa.

Deemed America’s Best Charity Wine Event by Enobytes.com, Winesong is a must-attend event for lifestyle lovers, wine enthusiasts, and wine collectors of all levels.  It’s a feel-good weekend of fun and philanthropy, and it’s on the breathtaking Mendocino Coast!