LAS VEGAS (PRWEB) – The Mob Museum, The National Museum of Organized Crime and Law Enforcement, today announces the opening of The Underground, its new Prohibition history exhibition featuring a working distillery and speakeasy. Zappos.com serves as The Underground’s signature sponsor. 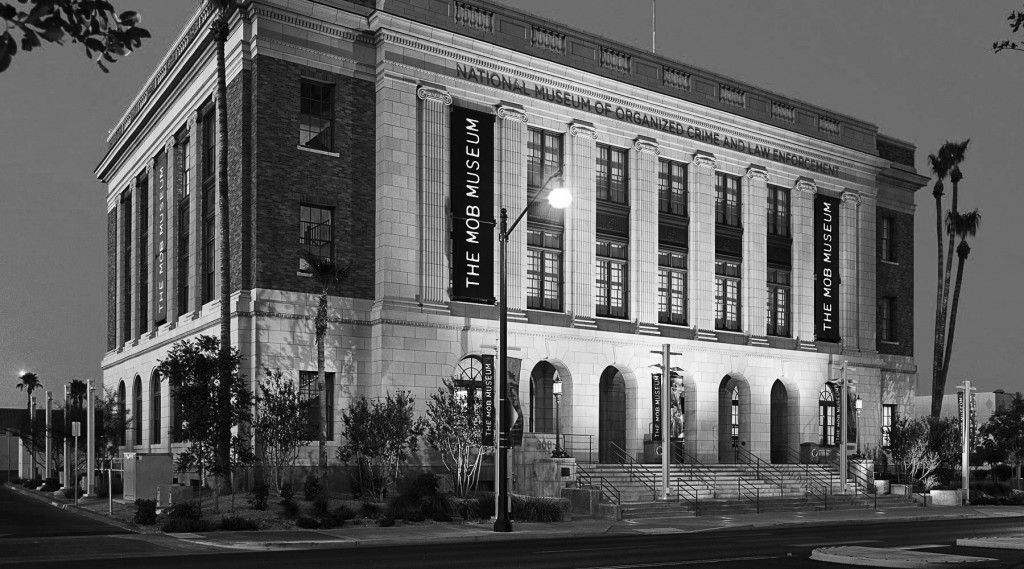 The Mob Museum is located in downtown Las Vegas, Nevada.

Entirely re-envisioning the typical museum exhibition experience, The Underground takes visitors on an uncommonly vivid journey back in time: Situated discreetly in the basement of the Museum, The Underground encompasses 2,814 square feet appointed with luxurious, Art Deco design motifs. Guests of The Underground are encouraged to ponder the time when consuming alcohol was not only a criminal act, but also bred secret watering holes–some of which became the most glamorous places to be.

“We are extremely proud of this addition to the Museum, which was developed to tell the story of this pivotal period of American history in the most dynamic way possible,” said Jonathan Ullman, president and chief executive officer, The Mob Museum. “To our many supporters whose contributions made The Underground possible, we extend enormous gratitude.”

Numerous exhibits and artifacts found in the distillery and speakeasy add depth and context to the experience. Exhibits and artifacts on display bring to life the essence of a time that saw organized crime syndicates grow richer and more powerful than ever before, while giving rise to great cultural and societal change.

Artifacts on display include:

A unique aquarium exhibit, produced in conjunction with The Animal Planet series “Tanked,” tells the story of the 1922 sinking of the Lizzie D, a tug boat believed to have moonlighted as a rum runner, off the coast of Fire Island, New York. The 440-gallon tank memorializes the discovery of the sunken vessel in 1977, which was indeed found to be carrying crates containing hundreds of bottles of Kentucky bourbon, Scotch whisky and Canadian rye whisky.

Master Distiller in Residence George Racz, oversees the initial production of corn-mash moonshine in The Underground’s 60-gallon, custom-made copper-pot still. Capable of producing 250 750 ml jars of moonshine per week, the gleaming still forms the focal point of the distillery.

In the speakeasy, The Underground’s moonshine provides the centerpiece of the cocktail collection, while a full bar is also available. The speakeasy cocktail menu includes typical Prohibition cocktails such as Bee’s Knees, Underground Old Fashioned, Ginger Jake and Giggle Water. A variety of coffee cocktails, draft beer, bottled beer, wines by the glass and non-alcoholic cocktails are also available.

Finally, for private groups and intimate events, a VIP hideaway called “The Fitting Room,” concealed by a secret entrance off the speakeasy, can accommodate up to 12 guests.

Entrance to The Underground at The Mob Museum is free with general Museum admission until 5 p.m.; guests who wish to visit just The Underground after 5 p.m. may enter via its exterior side entrance free of charge until closing. The new hours of the Museum, including The Underground, are 9 a.m. to 10 p.m., Sunday through Wednesday, and 9 a.m. until midnight, Thursday through Saturday.

For even more information about Prohibition, visit the Museum’s online exhibit at prohibitionhistory.org. Photos are available for download here.

ABOUT THE MOB MUSEUM
The Mob Museum, the National Museum of Organized Crime and Law Enforcement, a 501(c)(3) non-profit organization, provides a world-class, interactive journey through true stories—from the birth of the Mob to today’s headlines. The Mob Museum offers a provocative, contemporary look at these topics through hundreds of artifacts and immersive storylines. Whether you like it or not, this is American history. It debuted a major renovation in 2018, including a Crime Lab, Use of Force Training Experience, and Organized Crime Today exhibit as well as The Underground, a basement-level Prohibition history exhibition featuring a working speakeasy and distillery and sponsored by Zappos. Since opening in 2012, The Mob Museum has accumulated numerous accolades, including being named one of TripAdvisor’s “Top 25 U.S. Museums,” one of Las Vegas Weekly’s “Twenty Greatest Attractions in Las Vegas History,” one of Hotel.com’s Top 7 “Travel Brag Landmarks,” one of USA Today’s “12 Can’t Miss U.S. Museum Exhibits,” “A Must for Travelers” by The New York Times, one of “20 Places Every American Should See” by Fox News and Budget Travel magazine, “Best Museum” by Nevada Magazine and is a multi-year winner of the Las Vegas Review-Journal’s “Best of Las Vegas” rankings. The Mob Museum has been awarded accreditation by the American Alliance of Museums, the highest national recognition afforded U.S. museums. General admission is $26.95 for adults ages 18 and over with special pricing for online purchase, children, seniors, military, law enforcement, Nevada residents, and teachers. The Museum is open daily; visit the website for up-to-date operating hours. For more information, call (702) 229-2734 or visit https://themobmuseum.org. Connect on Facebook at facebook.com/themobmuseum or Twitter @themobmuseum. 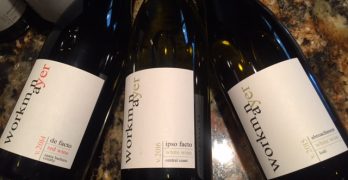 I’d love to give you an opening, but suffice to say, a page and a half of … END_OF_DOCUMENT_TOKEN_TO_BE_REPLACED