The Masters of Taste event is top-notch – obtaining only the most sought after chefs, restaurants, sweet makers, mixologists, spirits and wineries – and it’s only their third year holding the event. My mouth waters in anticipation just writing this out… 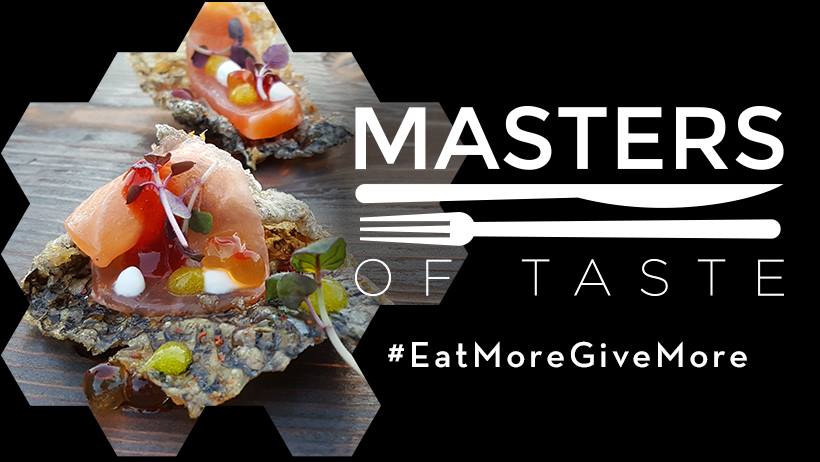 Walk the field of the Rose Bowl and enjoy unlimited samplings from some of L.A.’s most eclectic chefs and restaurants, wineries, craft breweries, mixologists and more! 2,500 influential food and beverage enthusiasts from all throughout the Greater Los Angeles area are expected to attend this exciting festival which will include spectacular offerings from over 50 Culinary Masters and restaurants, an array of signature sweets prepared by L.A.’s finest Sweet Masters, signature handcrafted cocktails and tastings from over 25 Beverage Masters which will include top cocktail bars, wineries, local craft breweries…

It was a wee bit warm at the start of Masters of Taste, but soon clouds took over a good hour or so into it, and, as you will see from the photos I’ve shared, many people decided to take advantage of the weather and forgo the shaded tables just to lollygag on the grass – to eat, drink, socialize and even toss a football around!

This year the VIP end zones had chef and cocktail classes on one end as well as a Wolfgang Puck seated pop up wine-paired meal on the other. The four-course meal was absolutely inspired and fabulous, a real treat for VIP ticket holders.

Of course we drank and ate plenty, and had fun running into many friends including Liz and Bruce Pack, Joe Wehinger (for Daily Ovation), Adam Rubenstein (Viva LA Foodies), Danielle Salmon (Follow My Gut foodie blogger), Kevin Friend, Lee and Helen Williams (and their pack of helpers from Golden Star Vineyards), David Dinsmore (Ascension Cellars), Lawrence Moore (Lawrence Moore and Associates) and Anthony Duggan as well as making new friends on what proved to be a most memorable day.

Even with so many killer foods, drinks and desserts, the lines were more than manageable. This year they also challenged chefs to whip up something with Woodford Reserve Bourbon. Guests were given wooden chips to leave at the tables they wanted to cast a vote for. My fave was a chocolate Gelato with the Bourbon. (Come to find out the next day that they – Fatamorgana Gelato – won!)

A few weeks ago I received an email from Naushad Huda, the “Voice of Modern Wine … END_OF_DOCUMENT_TOKEN_TO_BE_REPLACED