In my last article, I mentioned that I’d next be writing about who went into the old Clos Solene spot at Tin City. Well, some technical difficulties have delayed that report, so this week you get… 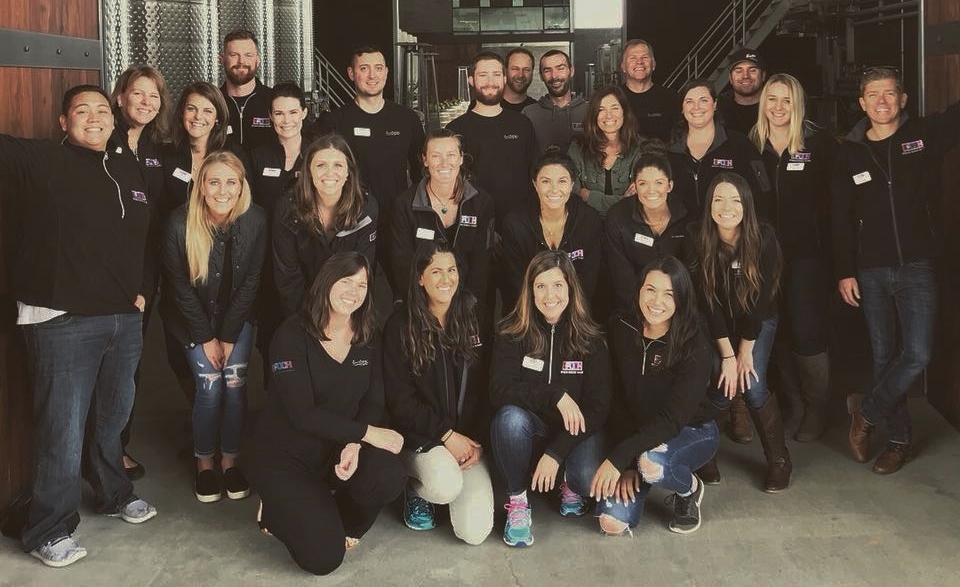 One of the benefits of living in Southern California, as do most of our Eve Wine 101 readers, is proximity to various wine regions. Santa Barbara wine country is just a couple of hours away, Paso Robles a little farther and a few more hours gets you to Napa, Sonoma and beyond.

Inevitably, once you do start visiting wineries, you’ll be presented with opportunities to join winery clubs. With so many wineries offering great wines, it is easy to get overwhelmed. How do you decide which clubs to join? For us, it is often, in addition to the wine quality, it is the feeling that we have a personal relationship with the people involved.

Epoch Estate Wines in Paso Robles is a great case in point. Karen and I first tasted the Epoch wines in 2010 when they were still being made at Denner. We had the good fortune to meet Kristen Darnell (née Carrillo), now Epoch’s Vice President of Sales and Personnel as well as newly hired winemaker Jordan Fiorentini. The wines were great, Kristen and Jordan were too, and the fact that the owners had purchased the old York Mountain Winery site to develop their winery [a place we had first visited in the 1980s] was icing on the cake. We were hooked.

A perk of being in a wine club is that members often get invited to special events. Recently, Epoch members were invited to the beautiful state of the art winery on York Mountain to attend not one but two events.

The first event, reserved for the top tier of Epoch members, started with a reception that included passed appetizers along with Epoch’s newly released white blend [Viognier, Grenache Blanc and Roussanne] and Rose [Mourvedre, Grenache and Syrah] wines. Both were excellent but the Rose is really something special. Just ask my wife Karen.

Then, we were treated to an elegant sit-down dinner in the winery, paired with the great Epoch wines.

The 2015 Sensibility [Grenache and Syrah] was paired with Manchego & Prosciutto. The 2015 Zinfandel [with a touch of Grenache] was matched with Grilled Quail and the 2015 Veracity [Grenache, Mourvedre and Syrah] with Wild Mushroom Risotto. Finally, the 2015 Estate Blend of Syrah, Mourvedre, Grenache, Tempranillo and Zinfandel was served with barbecued New York Strip with bone marrow butter and Roquefort whipped potatoes. The dessert table filled with petit fours and brownies topped off the evening, along with more wine to accompany them.

The next evening, open to all Epoch members, was a more casual affair with serving stations set up in the winery. The white blend and the Rose were available at the entry to the event along with various appetizers. The reds were paired as follows…

2015 Sensibility with two flatbreads – one wild mushroom and the other prosciutto and arugula.

There was also Seafood and Chorizo Paella, which Karen really enjoyed with the Rose.

Although the events were markedly different from each other, they both really emphasized one thing to me. While the wines are delicious on their own, they really shine when they are paired expertly with the right dishes.

The other thing that always has struck me about Epoch is the amazingly nice people that work for them. Owners Bill and Liz Armstrong told me that this is the first requirement in their hiring process as almost anything else can be taught. Kudos on a job well done. 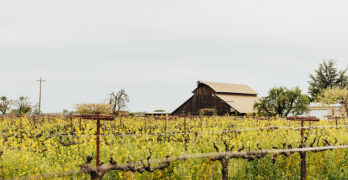 LODI, Calif.– The year 2021 marks the 30th anniversary of the Lodi Winegrape … END_OF_DOCUMENT_TOKEN_TO_BE_REPLACED