In the wine business, there are many qualifications and titles that project accomplishment, and numerous organizations that offer the necessary education and testing. Sommelier had a nice ring to it, so I decide to enter the gauntlet that is the Court of Master Sommeliers, having no idea what lay ahead. I learned there are 4 levels to that program: 1) Introductory, 2) Certified, 3) Advanced, and 4) Master. The mentoring from which I so benefitted during my news days would be mandatory if I hoped to survive this brave new world.

Fortunately, the wine world isn’t just full of wine snobs. There are countless educated people in the wine business who genuinely enjoy sharing their knowledge with others. I quickly hitched my wagon to a friend who was studying to become a Master Sommelier with the Court of Masters. His level of study was fare more intense that mine, but he was happy to have me tag along and join his tasting group, an integral component to unlocking the secrets of ‘blind tasting’. Concealing a wine’s identity and trying to determine its origin and age solely by what’s in the glass is a daunting task. But, with the right methodology (the Court of Masters’ methodology) and plenty of practice, it can be mastered.

However, for someone who had never worked in a restaurant, the Court’s required service component would be far more frightening for me. Luckily, the same gracious tutor also offered to mentor me on what would be expected for the exam’s nerve-racking service component.

In addition to the blind tasting and service elements, as with most tests, there would be a written portion. The course syllabus’ suggesting reading listed about 20 scholarly wine publications written by renowned wine authors, each of them encyclopedic in size. Unlike the group tastings, this would be independent study. But where in the world would I find the time to read through tens of thousands of pages on the world’s wine types, regions, clones, soils, maps, graphs, and history, not to mention myriad different grape-growing and wine-making practices?

During my previous decades in news coverage, I had tried to understand the elusive path towards middle-Eastern peace. That path looked far easier than the Sommelier track, which I was contemplating.

Through the course of the next year, and after numerous blind tastings, early morning map studies, and a crash course in wine service, I somehow survived the first two levels of the Court of Master Sommeliers to become an official Certified Sommelier. Both the process and the achievement were a confidence-builder in my new profession. Whether with clients or colleagues, I could more freely and comfortably discuss all things wine-related. Additionally, that confidence opened up doors. Job opportunities appeared and introductions were made to collectors and vintners. I worked with a Paso Robles winemaker to produce two vintages of my own wine; Cab2, a blend of Cabernet Franc and Cabernet Sauvignon. It was an enlightening and successful endeavor but the long-distance relationship proved too challenging. I began attending casual wine groups with friends. Eventually, I was invited to join and inducted into the esteemed Confrèrie des Chevaliers du Tastevin. Regardless of how lofty or pedestrian the group may be, the goal is to enjoy fine wine with good friends… which always pairs nicely with any wine.

While my passion for wine became a full-time focus, professionally, I carved out a comfortable niche consulting for restaurants on a part-time basis, sharing my knowledge when needed. This allowed for an occasional return to journalism, producing interesting projects, also on a part-time basis. I was able to simultaneously pursue my two interests; wine and journalism.With two part-time pursuits, I could devote attention towards writing a memoir about those halcyon days spent abroad. As that rough manuscript became a finished book, I reflected on my earlier journeys. And, it became apparent that two different seeds had been planted at the same time. My young journalistic roots had grown intertwined with a budding love of wine. It would be a long and fruitful evolution that would last a lifetime.

Tim Ortman is an Emmy Award-winning cameraman and producer and author of the new book, Newsreal: A View Through the Lens When… He is a certified Sommelier and member of La Confrérie des Chevaliers du Tastevin. Connect with him on Facebook, @TimOrtmanWriter. 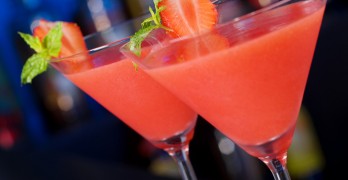 I recently asked this question on social media, more or less, “Is it okay or … END_OF_DOCUMENT_TOKEN_TO_BE_REPLACED