SAN FRANCISCO – Charles Communications Associates announces on behalf of its client, The Consorzio of Conegliano Valdobbiadene Prosecco Superiore D.O.C.G., the launch of two national contests for active U.S. sommeliers, wine buyers or beverage directors – offering winners the opportunity to win a trip to Conegliano Valdobbiadene, the historic heart and pinnacle of Italy’s Prosecco region, located 45 minutes west of Venice in the foothills of the Italian Alps. 2019 marks the 50th anniversary of the region’s D.O.C.G. appellation designation. 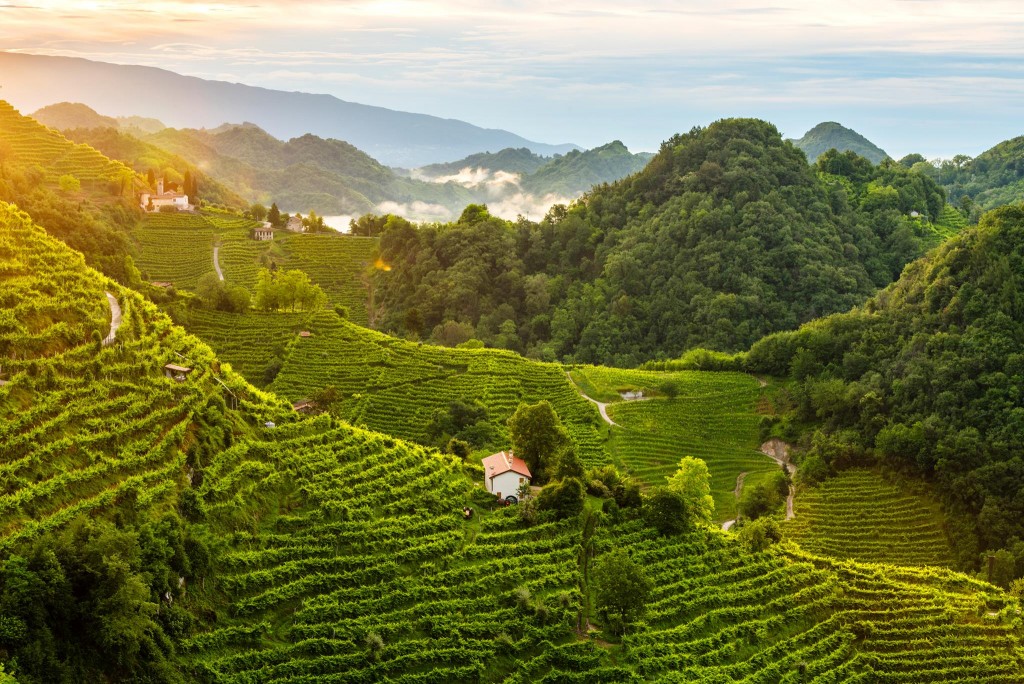 The two contests: an essay and Instagram competition, respectively, are a key part of the region’s trade-focused campaign designed to educate and inform beverage professionals about the legacy of leadership, tradition and dedication to quality of the Prosecco Superiore region.

Instagram Contest:  Active sommeliers, wine buyers or directors in the U.S can enter the competition by posting a photo of Prosecco Superiore alone or with a dish including a pairing note or caption, tagging @proseccocv and including #proseccosuperiore #proseccosuperioredocg #proseccoelevated #Somminstapic and that person will be entered to win an all-expenses paid, three-day trip to Conegliano Valdobbiadene in 2019, including airfare, accommodation and producer visits as a guest of the Consorzio. Candidates need to be working actively in their place of business as an employee or consultant.

The Consorzio is also pleased to offer an opportunity to submit an essay of 1000 words on the subject of how Conegliano Valdobbiadene Prosecco Superiore D.O.C.G. can be better integrated into beverage programs, wine lists and fine retail stores. The essay would be targeted to the buying audience, in essence, a business to business story. The winning essay writer will receive a 3-day trip to the region in 2019 including airfare, accommodation and producer visits as a guest of the Consorzio.  In addition, the winning essay will be published in the February/March 2019 issue of the Sommelier Journal.  As with the Instagram contest, candidates need to be working actively in their place of business as an employee or consultant.

Timing for Winner Selection: The contests will run from August 1, through November 30, 2018. The winner(s) will be selected and contacted by January 15, 2019.

About the Consorzio of Conegliano Valdobbiadene Prosecco Superiore D.O.C.G.

The Consorzio is a private body created to represent vine-growers, winemaking companies and bottlers from Conegliano Valdobbiadene and to safeguard the standards of the D.O.C.G. criteria in crafting wines of the highest quality and distinct provenance. Their work is focused on three major areas: protection, promotion and sustainability. They improve sparkling production methods, provide assistance and training and supervise all stages of winemaking to guarantee the quality of this outstanding, Italian viticultural region. Prosecco Superiore exports to over 130 countries of which the United States ranks 5th with over 2.76 million bottles (out of a total 35.8 million bottles) with a value of $17.12 million.

Created in 1969, Conegliano Valdobbiadene Prosecco Superiore was one of the first Italian appellations, obtaining the D.O.C.G. status in 2009. These sparkling wines come from the historic area of Prosecco production, a unique, hillside terroir that is now a strong candidate to be recognized as a UNESCO World Heritage Site. Conegliano Valdobbiadene is situated in the northeast of Italy, between Venice and the Dolomites (at the foothills of the Alps), offering a mild, temperate climate ideal for grape growing, producing serious food wines with pairing versatility, showcasing a range of different styles, aromas and flavor characteristics.