The last time I met with Alessio Planeta and tasted through his wines was in 2015. So I was overdue for a new tasting, and this time it would include a lesson, a luncheon and a wine glass made especially for the wines! 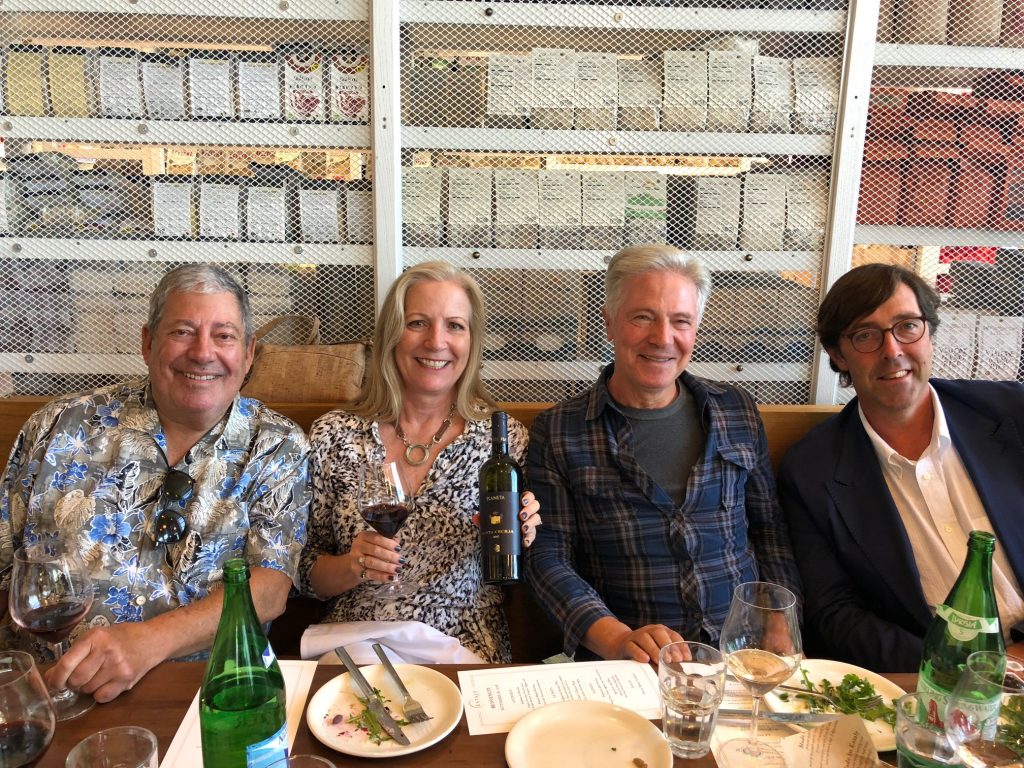 I’d like to invite you to join us for a special “MasterGlass” experience hosted by Alessio Planeta, co-owner/lead winemaker for Sicily’s Planeta winery…Alessio will take us through a formal tasting of various expressions of Nero d’Avola from four different regions/terroirs across Sicily: Noto, Menfi, Vittoria and Capo Milazzo. Italian fine dining legend Piero Selvaggio will provide insight…“MasterGlass” comes in to play because the tasting will be conducted using glasses designed by Riedel specifically for Planeta and Nero d’Avola. The tasting will include a vertical of Planeta’s top Nero d’Avola, Santa Cecilia: 2013, 2007, 2005.

Alessio – along with Piero – had joined together to share what Alessio called the “Sicily of the present and the past.” Alessio began by telling his audience that to fully immerse themselves in the culture of Sicily he highly recommended the book, Palmento: A Sicilian Wine Odyssey. (From Amazon: Inspired by a deep passion for wine, an Italian heritage, and a desire for a land somewhat wilder than his home in southern France, Robert V. Camuto set out to explore Sicily s emerging wine scene. What he discovered during more than a year of traveling the region, however, was far more than a fascinating wine frontier.)

The Tasting – aromas and flavors separate by ;

Santa Cecilia 2007 – MY ABSOLUTE FAVORITE IN THE TASTING

Details on all of the wines can be found here: https://planeta.it/en/wine/