After visiting the PureCru wine bar on the first night of our recent trip to Napa Valley we spent our second day tackling a wee bit more: Regusci Winery, Hall, Del Dotto and Vintner’s Collective. The first and last stops were not planned, but happy circumstances brought us to them. (This is the album of our trip.) 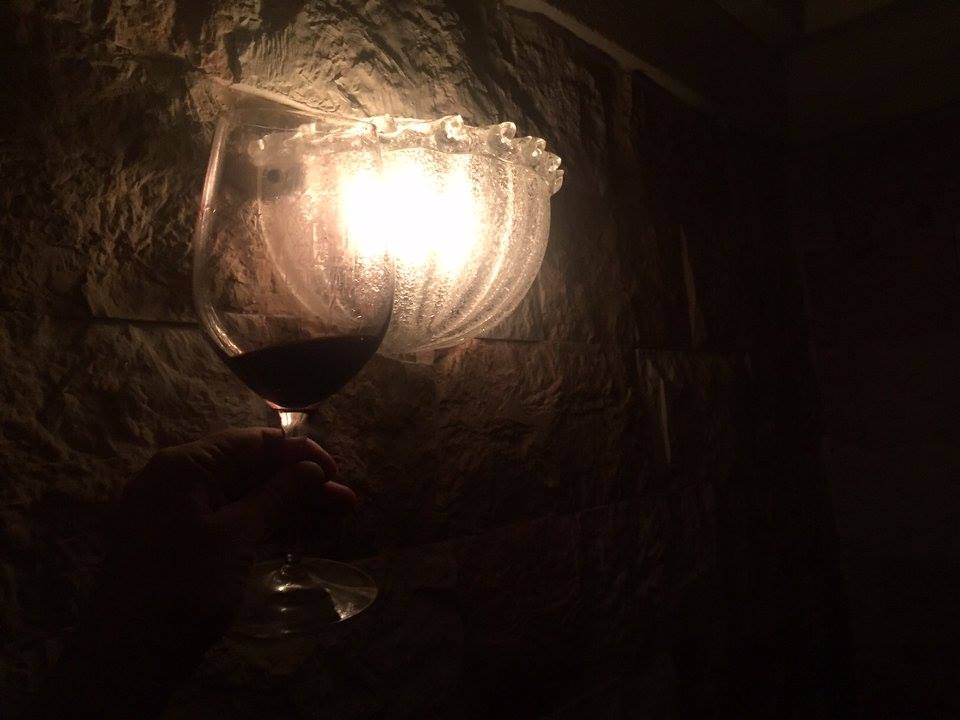 Tasting DEL DOTTO VINEYARDS “The Beast” behind the curtain, in the dark recesses of the caves, with winemaker Gerard Zanzonico

We thought we were starting at Hall at 10a.m. and found out the day before, no, we were to be there at 11. My friend “Double E” had made me a fan of Regusci Winery, by way of her wine club allotment that she generously shared, so we made a detour from Highway 29 over to the Silverado Trail to visit the nearly 200 year-old winery.

We were greeted by three dogs, yellow Labradors I think, that framed the driveway. Once we parked we walked up a short walkway, past a display of farm fresh fruits and vegetables for sale, to a lovely building filled with a welcoming wine tasting room staff.

We started with a 2013 Chardonnay that had spent 14 months in American oak and had a very tart lemon-lime Sauvignon Blanc flavor profile. It was fine, just not destined to be my all time favorite.

From there we sampled a 2012 Estate Zinfandel from 90 year-old vines. It was dark, bold and spicy with a medium length. A nice wine…but hold onto your hats.

Then we had the 2012 “The Elders” Cabernet Sauvignon that I had enjoyed at home recently – the wine is stellar.

But hold on, we then were given a sample of the 2011 “Patriarch” Bordeaux blend. This wine had it all: velvety dark rose petals, a bowl of dark fruit and dark chocolate on the nose was followed by a very dry, firm and balanced flavor profile. 99 Eve pts.

Gerard Zanzonico, another winemaker I disturbed from harvest for a visit, took a brief respite from crushing the sweetest Cabernet grapes I’ve ever had, to take us through a short tasting at Del Dotto Vineyards.

There really is nothing better than tasting with a winemaker, in the barrel room with a wine thief. And at Del Dotto, one of the most grand barrel rooms in Napa, this is wine lovers heaven. We stole past some of the other tasting groups to sample some of their best new selections.

We reluctantly said goodbye to Gerard, promising to visit anytime – other than harvest! Maybe even for a glimpse of their latest property, Piazza Del Dotto:

Piazza Del Dotto is the latest winery and caves of the Del Dotto Family. Located in beautiful Oakville, Napa Valley, California.  The Piazza in Italy is known for being the “hub of action”.  Come enjoy the synergy of food and wine with your family and friends at the “Barchessa”, (Barn in Italian). The Barquessa is anticipated to open early 2016. 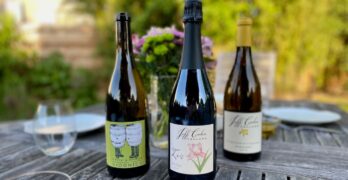