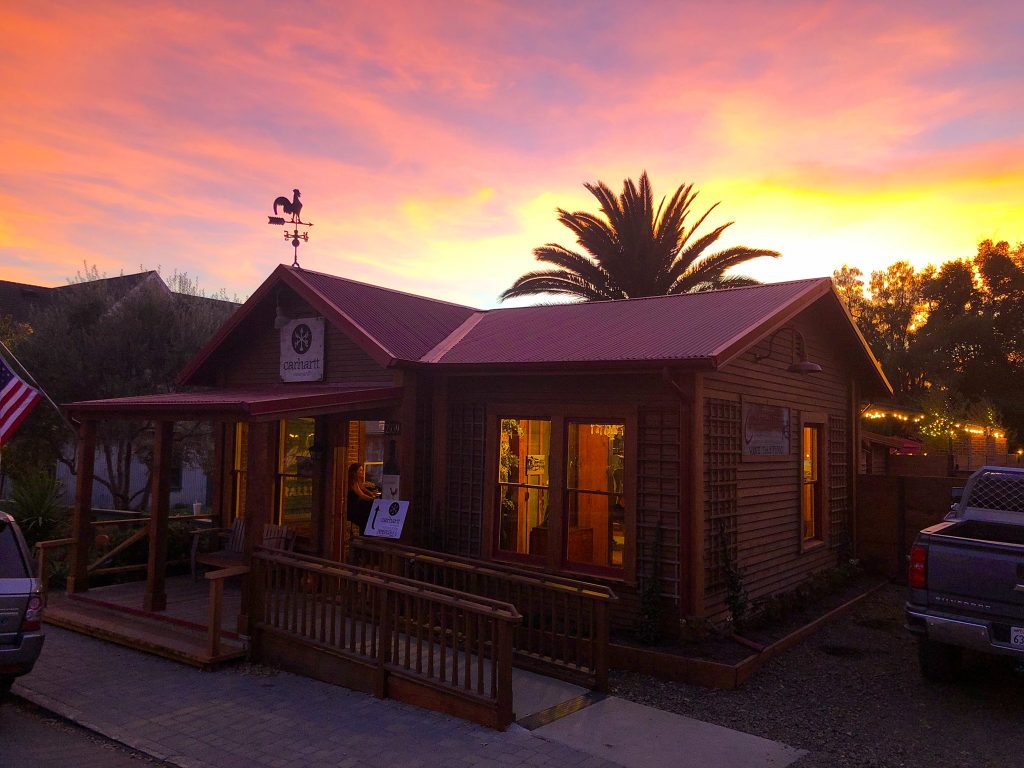 “The wine tasting experience, whether at home or in a tasting room, hasn’t changed in ages, and Carhartt Vineyard AR brings entertainment, interactivity and an additional informational tool to Carhartt Vineyard’s wine club members and fans all across the nation.” – Enrique Sanchez-Rivera, CEO of Augmented Island Studios explained.

Upon launching the Carhartt Vineyard AR app, which you can download through the Apple App Store, a beautiful flyover scene of Carhartt Vineyard’s stunning 11 Oaks Vineyard passes by. The app then instructs you to find a flat surface where you can place the vineyard’s logo in order to click on it. Once you click, an ultra realistic 3D modeled bottle of Carhartt’s 2015 Estate Sangiovese appears right in front of you! You then get to explore different “floating” icons around the bottle and learn about the Sangiovese varietal, Carhartt’s 2015 vintage, and the history of the ranch. Try taking the cork off the bottle with your finger and you will be thrilled to see cherries and rose petals coming out in representation of the wine’s tasting notes while the cork hovers right above the bottle. Don’t forget to put the cork back in its place though!

When asked why a small craft operation like Carhartt Vineyard would be interested in developing an augmented reality experience, Chase explained, “Carhartt Vineyard exists to connect to people and we’re always looking for new and innovative ways to achieve this mission. I hope users have fun using the app and experiencing AR technology, and most importantly get excited to drink our coveted Estate Sangiovese year after year.”

Carhartt Vineyard is family owned and operated since the early 1950s. The Carhartt’s sell 100% of their wine directly to the consumer which allows them to focus entirely on their farming, winemaking, and guest experiences. You can find the wines in their tasting room in Los Olivos, California, or on their website at http://www.carharttvineyard.com.

Augmented Island Studios is an augmented reality and virtual reality development studio based in California and with development offices in Cali, Colombia. They specialize in offering AR and VR applications at a better value than US or European developers. http://www.augmentedislandstudios.com

This would be the second year of discovery for us: attending the Mutual Trading … END_OF_DOCUMENT_TOKEN_TO_BE_REPLACED